Why Taking a Class That Meets Once a Week is A Bad Idea
Odyssey
CurrentlySwoonLifestyleHealth & WellnessStudent LifeContent InspirationEntertainmentPolitics and ActivismSportsAdulting
About usAdvertiseTermsPrivacyDMCAContact us
® 2023 ODYSSEY
Welcome back
Sign in to comment to your favorite stories, participate in your community and interact with your friends
or
LOG IN WITH FACEBOOK
No account? Create one
Start writing a post
Student Life

Especially if you're scared of the dark. 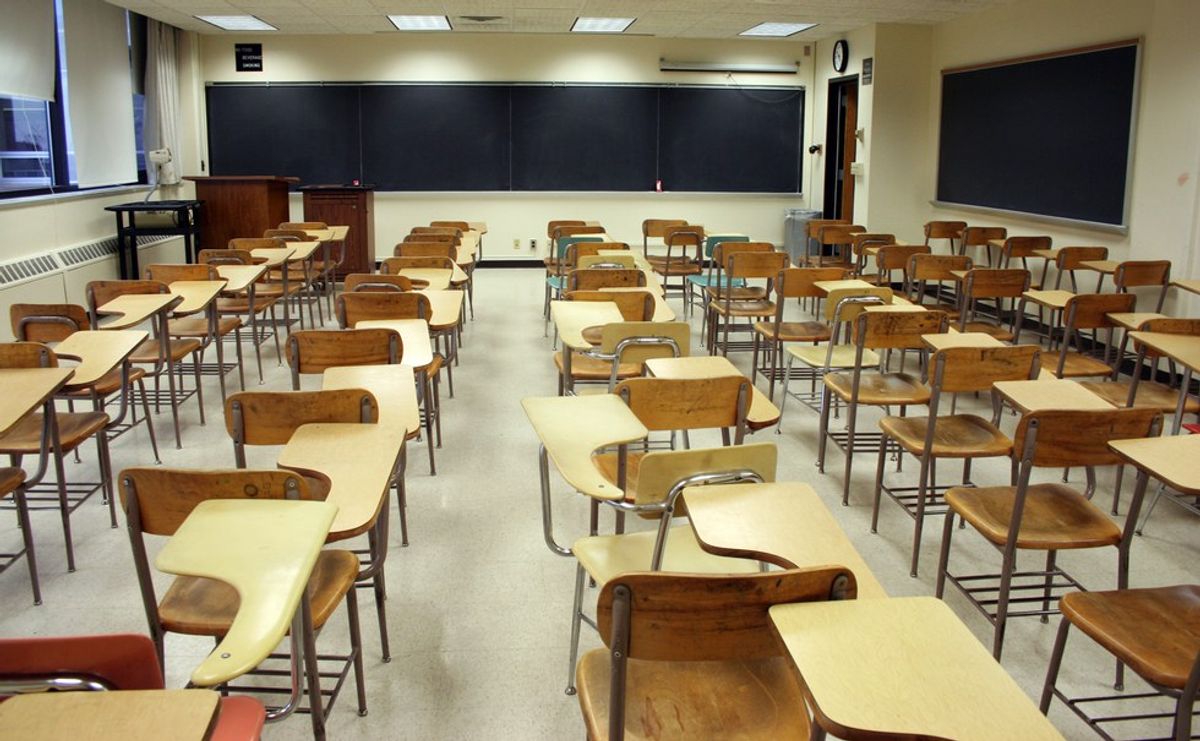 Being in college often means having a very strange schedule. I've had days that end at 9:30 in the morning, days where I have a five hour break between classes, four classes in a row, and three hours straight in the same classroom. I've taken even taken an eight AM class (and loved it). The one thing I've never really attempted, however, is the elusive, once a week, three hour class. I'm taking on this semester, and it is already the biggest mistake of my college career.

The class is a fiction writing workshop on Thursday nights. It begins at 6:30 and ends at 9:30. I'm usually up pretty late anyway, so I didn't think it would be a problem, but I've only made it one week in and I've already started regretting taking it a little bit. Although three hours doesn't seem long when you're learning something new and talking about something you love, it was a little disappointing to watch the sky go from blue to orange to indigo, then, very suddenly, to being so black it seemed that the classroom existed alone in a vacuum, floating in endless space. It's still warm out, so right now the walks back to my dorm aren't too bad, but I'm sure that once it gets colder it's going to be a bit harder to motivate myself to trek across campus in the dark both there and back.

Only attending class once a week also means there's a lot of material to get through at once. We are allowed to miss one class, and I will already be taking my absence in the coming week- I'm just going to have to pray that I don't catch a nasty virus when winter rolls around, and that I'll still be able to attend without issue.

Overall, I've decided that while eight AM classes are worth the experience, as are full class schedules, and taking unusual, "personal interest classes", three hour long, once a week night classes should probably be avoided like the plague, particularly if you don't like being in the dark.

Nicole Marie Nigro
Individual Creator
8956
c1.staticflickr.com
Where to start...... Let me start with the cliche that life throws us curveballs and what we do with it is what counts.