How To Recover From Self-Harm

I'm Celebrating Four Years Clean From Self-Harm — It Wasn't Easy, But Damn, It's Good To Be Here

This has been the hardest and most rewarding journey of my life. 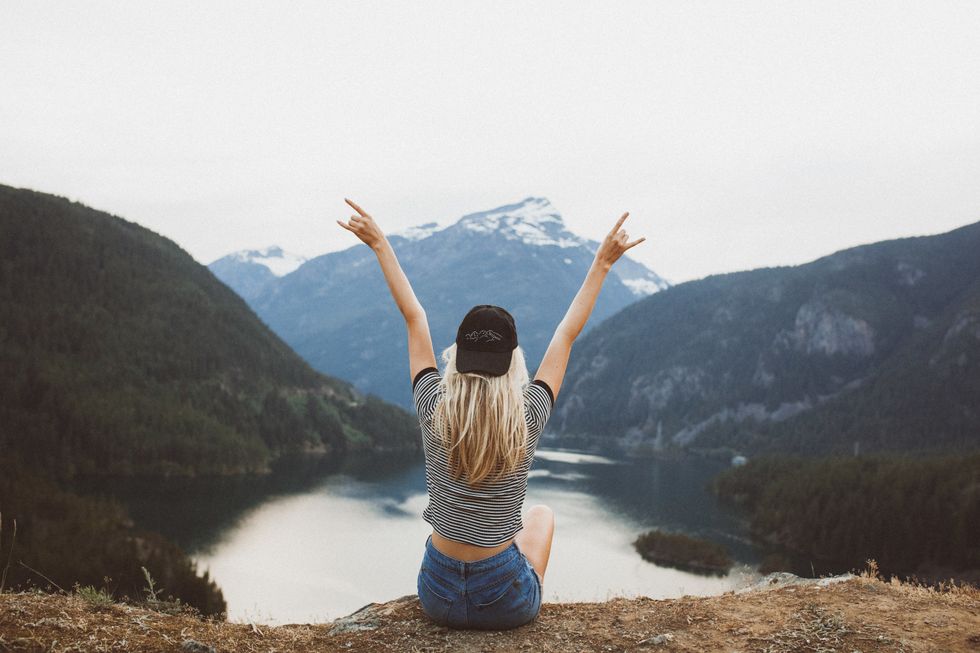 My battle with self-harm has taken on many different forms, from the faded scars that still line my thighs to the restrictive eating disorder that almost killed me during high school. Every destructive behavior I used was a coping mechanism to deal with both my anxiety and my extreme self-hatred.

I didn't think I deserved kindness and self-harming was a way to prove to myself just how worthless I was.

It's difficult to reflect on that time in my life because it deeply pains me to think about just how much I was disgusted by my own reflection. It wasn't just about despising my stomach fat or the way my legs were shaped, but about me feeling uncomfortable with the persona I put on for the world.

I was always a very motivated student who was set on attending a college as far away as possible. I wanted to escape my hometown and home life more than anything. With three older siblings, I knew that the only way I was going to achieve this goal was by getting a full ride, through academic merit. I became obsessed with perfection both inside and outside of the classroom. By the time I started high school, every second of my day was spent in theater rehearsal, at marching band practice, in chamber choir. When the activities were over, I'd spent hours studying for tests that were weeks away to make sure I had the best grades.

Throwing myself into school and extracurriculars worked on paper. I was valedictorian from my freshman year to my graduation day. I never had anything below an A- in a single class. Everything became a competition with the people around me. I had to have the best grades among all of my friends. If anyone was doing better than me in a certain subject, I immediately felt like a failure. In my mind, being a stellar student was all I had. I thought I was nothing without my grades, even though I still felt just as worthless when I aced an exam.

Turning to self-harm was my method of dealing with the overwhelming disgust I had for myself. Despite my achievements, I still believed I wasn't smart enough.

I simply wasn't enough, so I wasn't worthy of respect.

I thought working hard was the solution to my problems. If I got good grades, I could get into a college outside of my home state and reinvent myself. I didn't have to be the anxious girl if I went somewhere new. I continued to blame myself for an anxiety disorder that was out of my control and used self-harm as punishment during a panic attack.

The issues in my life seemed to only get worse. Everything bad in my life was my own fault: my messy home life, my dysfunctional family, my parents' financial situation. To me, it was all because I was a failure.

I cycled through therapists but didn't feel comfortable in any room. Every unsuccessful conversation with another professional made me feel even worse. It seemed like there was something inherently wrong with me and that was why no one could fix it. I felt permanently broken and lost in my own skin.

It wasn't until summertime approached that I realized the extent of the damage I had done to my own body. Wearing shorts was impossible without revealing the truth. I didn't want anyone to know because I didn't want anyone to think I was weak. When I started to see how little of my wardrobe was now available to me, I knew I had to stop.

As much as I wanted them to, the physical scars could not fade overnight. I forced myself to initiate those difficult conversations with my family members about my actions. I was too afraid to be open about the entirety of the truth, but what needed to be said was heard.

I will not pretend that my process of recovery has been easy.

There were days when all I wanted to do was revert back to my unhealthy habits. I lost my one coping mechanism, but I learned to form others. I began listening to myself when I felt my anxiety levels rise instead of attempting to repress what I felt. I slowly started to be more honest with the people around me about what I was going through.

Recovering from self-harm is a never-ending journey. In the beginning, every day is a battle, but I find myself now victorious. I am unbelievably proud of how far I have come and want to thank everyone who listened to me on my worst days. I cannot express my gratitude to those who continue to support me by validating my feelings.

If you or someone you know is currently battling with self-harm, please contact a Crisis Counselor through the self-harm hotline by texting 741741. For those who want to educate themselves about the warning signs and appropriate courses of action to get someone help, you can find more information through The Trevor Project.