From the Sidelines Waiting for Him 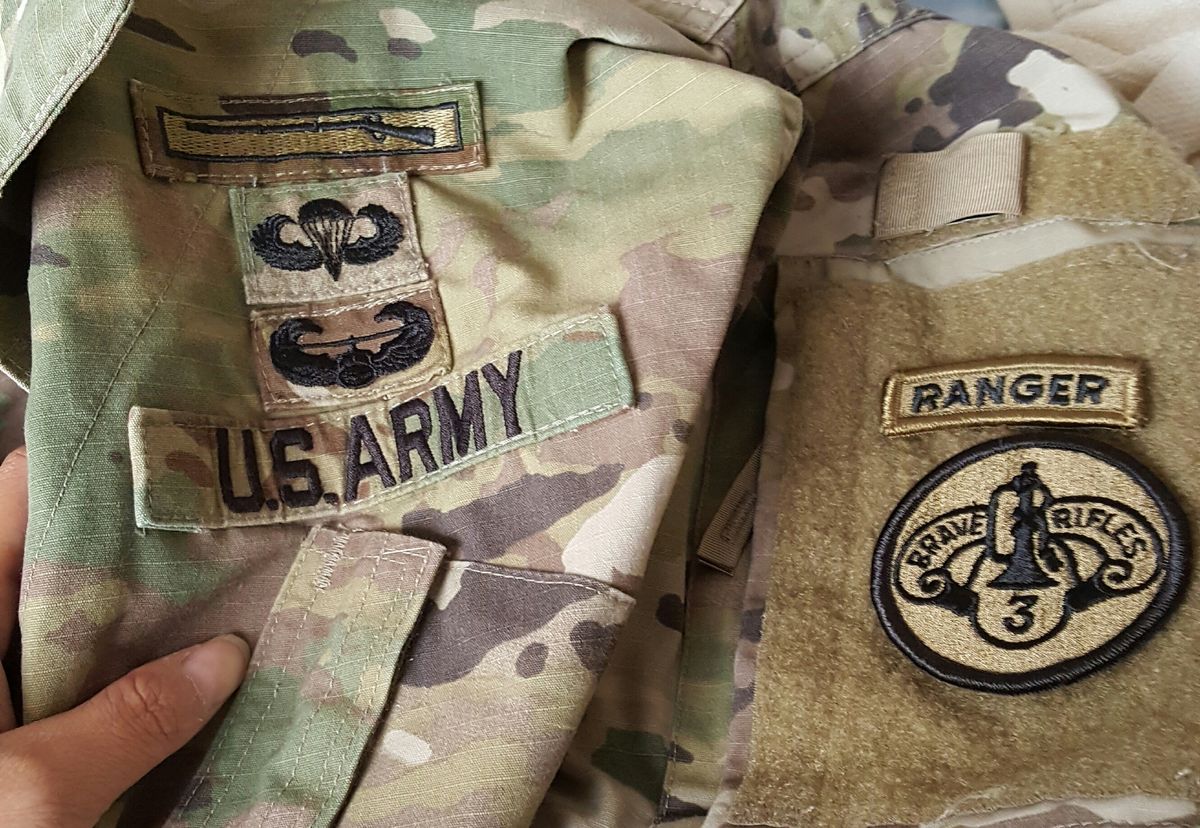 He had came out of Ranger School and was recruited to a LRS Company; a week after he finished Air Assault School, he had an opportunity to go with the next batch of guys deploying to Afghanistan, so he took it. It was good for his career.

The following month, while waiting for his upcoming deployment, he got his EIB on the first try; of the 827 men who tried, only 71 earned their EIB pin. Not only did he get it the first try, but he got a medal for coming in first during the 12-mile ruck march and being the first to complete the Objective Bull tasks. I was so proud of him… and then summer came.

We said ‘I love you’ to each other all the time, and we always meant it, but we never really had to prove it — until he deployed. Surviving a deployment is the ultimate test of love in any military relationship. True, he was the one who deployed, so the real test was on me instead.

You have the world at your feet, all he has is a goat.

As an infantry officer, my guy was garrison with a bunch of men; and while the DoD has opened up infantry MOS to women, it is still a very elite warrior culture dominated by males. They pride themselves in being called a ‘grunt’. What would a grunt do in Afghanistan anyway? — cheat on you with a goat? There’s no women around.

The first month after he left, it wasn’t so bad. I was still so proud of him. He was off defending our country. I hand-wrote letters to him every day, so he’d get mail right away. I made lists of things I’d get at the store for his care packages, and I took a bunch of naked selfies to send to his email.

The things they carried.

Three months into the deployment, I stopped writing every day. Sometimes I’d miss his Skype calls because there was such a huge time-zone gap. His Internet connection was slow and unreliable. There were days when he couldn’t log on at all… there was that one time that he was gone for three weeks on a mission.

I knew he thought about me all the time. I had asked him. He said, “Yeah, more than I should. I think about you way too much.” If he didn’t think about me, he’d think about Afghanistan instead.

Then came the bad days. The days when I got into a car accident, work was stressful, getting a speeding ticket… all the days that I would normally go to him to make me feel better, but couldn’t.

Yet, he had bad days too. Being alone on the holidays. No privacy. Nomads claiming that mortar fire from his men killed their goats and burned their tents; rocket hits; identity theft from someone going on a shopping spree with a fake Amex card with his account info…

Those days were the hardest. On those days, I didn’t want to wait for him. What was I waiting for anyway? It wasn’t like we were married or anything.

When are you coming home?

When are you coming home? I kept asking him this same question. He never knew the answer until like two weeks before departing Afghanistan for Kuwait, but I still kept asking him all the time anyway.

Then one night, on a Skype call, I told him I was tired of waiting for him. I was stressed out. I started raising my voice, almost yelling, but not quite yet. He remained calm. It annoyed me that he was so unemotional while I was almost yelling.

Do you want to break up?

He asked me if I wanted to break up. He asked me while I was still almost yelling, in that annoying calmness. (I supposed he’d have to remain calm at all times, especially when other men’s lives depend on his actions.)

We actually got engaged while he was still deployed, two months before his tour ended; and to make it up to me for not being able to do it in person, I chose my own ring. (He loves me $6,000 worth.) He knew I was the one, because I waited.

Nicole Marie Nigro
Individual Creator
9248
c1.staticflickr.com
Where to start...... Let me start with the cliche that life throws us curveballs and what we do with it is what counts.