Why 'Supergirl' Is Exactly What We Need

Why 'Supergirl' Is Exactly What We Need

'Supergirl' is changing the way female characters are viewed. 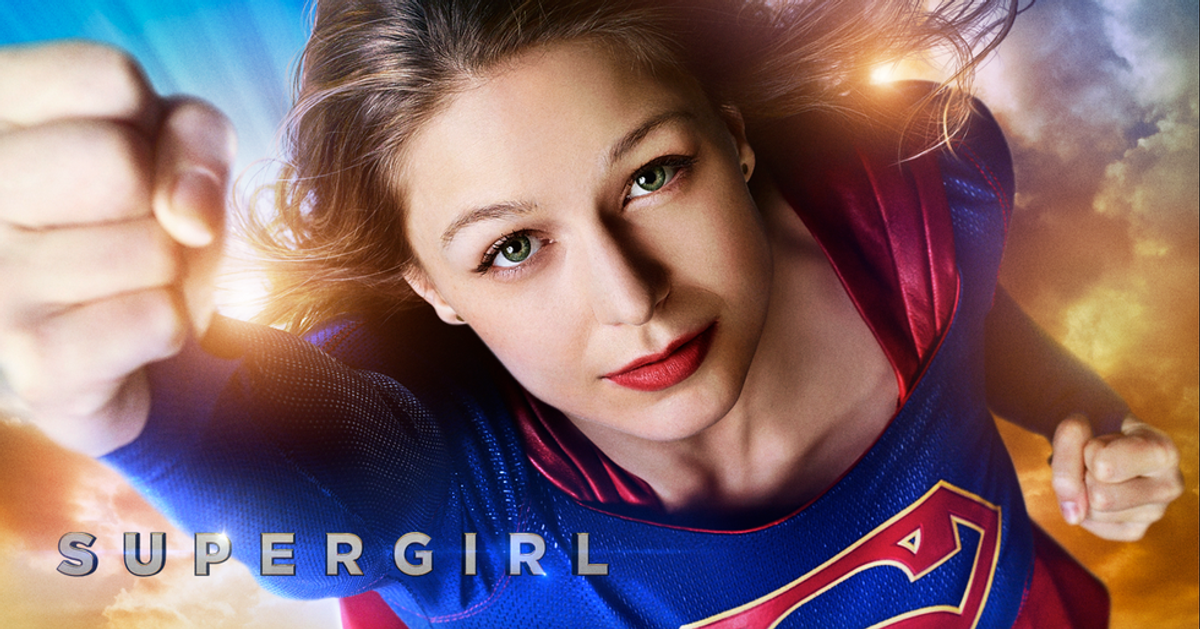 As many of the people around me know, I have spent the last month, give or take a few weeks, obsessively binge-watching Gilmore Girls. Once I finished all seven seasons plus the recently-released revival, however, I had to find something else to watch to fill more of my Christmas break. I had heard good things about The CW's "Supergirl" in various places, so I decided to start it; there's only one season on Netflix, so I knew that it wouldn't be too much of a commitment to finish what I could and, if I didn't like it, I wouldn't have wasted too much time on it.

What I have found in the last couple of days, however, is that "Supergirl" is exactly what I personally needed, and I think that we as a society will benefit from its relevance and popularity. The show centers on Kara Danvers, the cousin of Superman who eventually becomes Supergirl. Both Kara and her cousin are aliens from the planets of Krypton, and a significant amount of focus is put upon the prejudices that Kara faces as an alien, something "other" than everyone else. While this prejudice can be very obviously compared to those of minorities, there is so much more to this show than the overt.

This show also has three main female characters, as well as a myriad of supporting females, who show that women can be strong in many different ways. Kara is the most obvious one in that she is very literally a female superhero who is just as effective as her cousin, Superman. Kara's sister, Alex, is another variation of a strong female character as a soldier of the DEO; Alex is just as strong of a character as Kara is even if she isn't as physically strong as her super strength-possessing alien sister. Cat Grant, Kara's boss, is the founder and CEO of CatCo Worldwide Media, and she is a strong female character in an extremely different way than Kara or Alex without being seen as lesser.

"Supergirl" is also changing the superhero stereotype. We're so used to the cinematic world of supers being full of male heroes with the occasional female that it's refreshing to see a show that is led by a female superhero while also being female-centric in its character list. Marvel has yet to make a Black Widow movie even though every other member of the Avengers has gotten the solo film treatment; the best they've done so far is "Agent Carter," which has no supporting female characters, and "Jessica Jones," which is definitely more female-centric but lacks the room for character growth. DC, however, has a Wonder Woman movie on the way, a Harley Quinn spinoff movie on the way, as well as "Supergirl." While neither company has quite reached gender equality in their film or television orders, DC does seem to be a bit ahead of the game.

Clearly, "Supergirl" is a show that could change the way we as a society look at the idea of strong female characters. In most media up until now, all of the heroines that are given to us are of the same mold; Hermione, Katniss, and Tris, just to name a few, are all fighters in much the same way. They're great role models, don't get me wrong, but I personally am greatly enjoying seeing these refreshingly different models. The show itself is entertaining, but it brings me so much greater joy to know that I'm enjoying something that is well-written and fun while simultaneously passing the Bechdel test about a million times over.