A cheerful and fun title until you beat World 1-3... 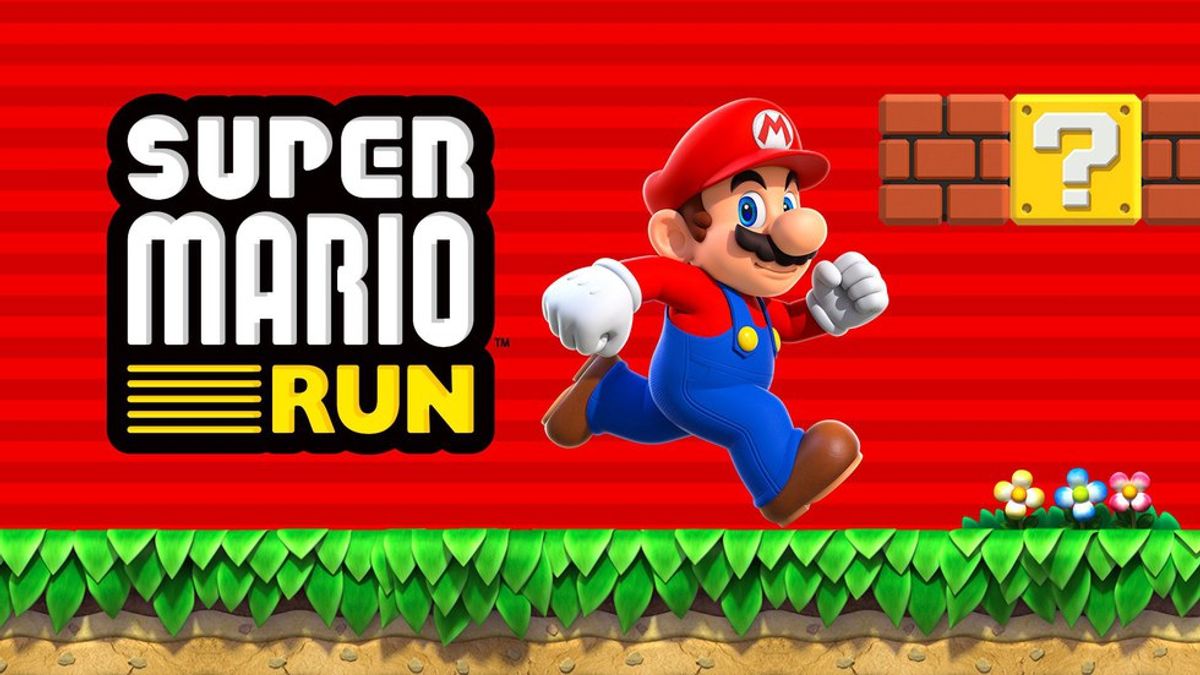 Nintendo is the game company that essentially saved the video game industry back in the 80's, and the series that saved it is still going to new heights in 2016.

Super Mario Bros. takes to our phones for the first time in Nintendo’s first ever official Mario app called “Super Mario Run.” Released on December 15, this game follows the original and typical Mario side-scroller style and brings it to our Apple devices, soon to Android, too.

Uniquely, players aren’t actually able to control Mario’s running this time as he automatically runs to the right side. What players control is Mario’s ability to jump and spin by tapping the screen at the appropriate times. As per usual, players must collect coins, stomp on Goombas and Koopas, and try to reach the end goal flag before their time runs out.

Five purple coins are laid out all along the level, and players must uniquely use their abilities and environments to reach them. Some may be too high for a normal jump, so gamers must hold down their finger on their screen to jump higher than before. Other times, players will have to make Mario wall jump to reach higher areas or even temporarily go backwards. Later in World 1, you even find platforms that make you jump backwards while on them, providing a new way for players to reach these rare coins.

Players don’t really need to worry about enemies that much in the early levels as Mario will automatically vault over small obstacles and enemies meaning Goombas will rarely ever kill him. If players want to gain extra coins, they can tap the screen while vaulting over Goombas and create combo jumps.

There is another mode called “Rally” where players can challenge other players times scores. Completing the level faster and collecting more coins increases your chances of beating them. Additionally, pulling off cool moves and collecting rare coins increases your audience of Toads, and they provide a big factor at the end to figure out who wins the race. Winning races increases the amount of Toads you have living in your kingdom, and more toads allow you to build up and customize your whole kingdom.

“Super Mario Run” is a very fun and simple game to enjoy in your down time but with really nothing new separating it from previous titles. The biggest thing about this game is the fact that it exists, finally bringing Mario into the mobile game family. However, this title gave in to the trend most companies are following: Micro-transactions. The game may download for free, but all plays get with that is their kingdom and World 1-1, 1-2, and 1-3 with a 20 second preview of World 1-4. In total, the game launches with six worlds, which, along with World 1-4, require players to buy them for a total of $9.99. Without this purchase, the game loses its replayability and leaves gamers with nothing more to productively do.

For a first mobile game, it is a pretty solid title; however, it is not worth anyone’s time unless you have the $9.99 to put into it.