Summer, As Told By A Teacher's Kid

Summer, As Told By A Teacher's Kid

Teachers may have Summer Break, but it’s not a total vacation. 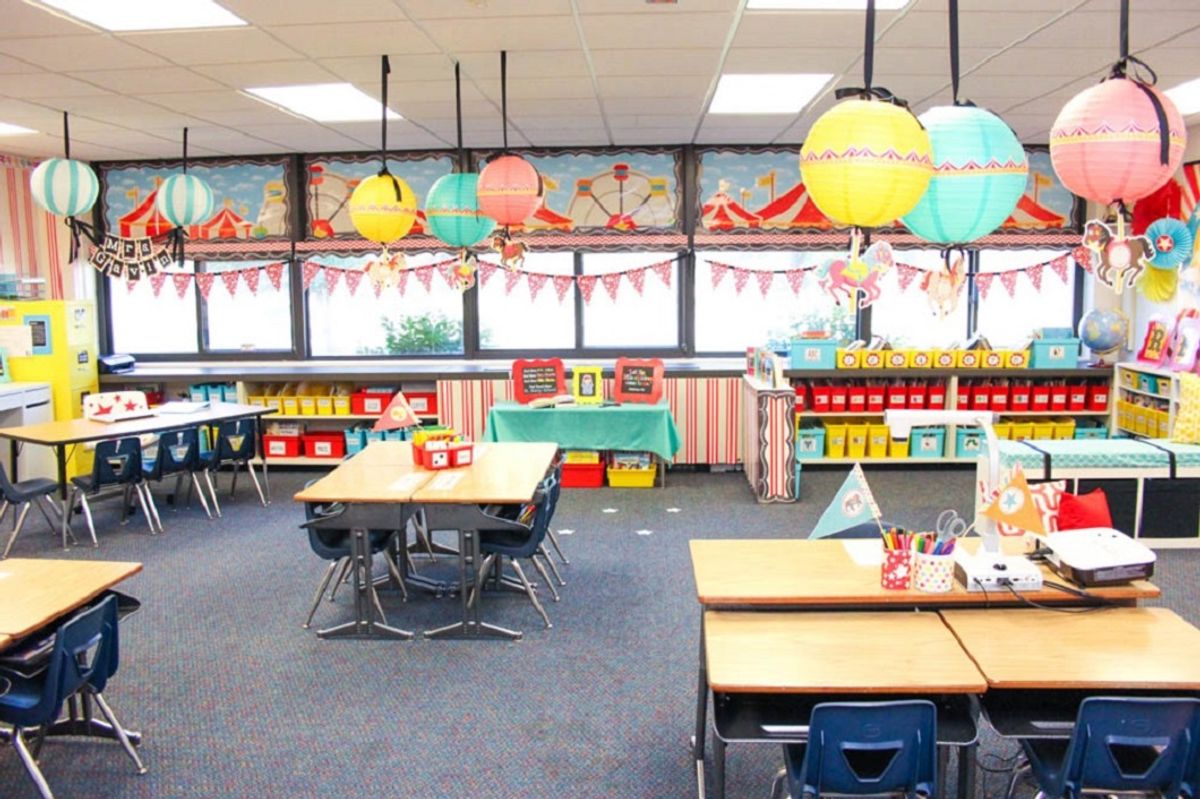 As the school year is coming to an end, we’re all excited to be able to finally have some free time. No more homework, no more finals, no more group projects that make you want to rip your hair out. Students of all ages are ready to have fun and enjoy the sunshine during their day now that they’re not trapped in class like usual. And of course, growing up my friends and I always knew that teachers got a summer vacation, too. They get to spend the next three months relaxing and taking a break, just like us. But those assumptions were made before I was fully aware of what my mother, a teacher, actually did over Summer Break.

Now that I’m older and have experienced firsthand what summers entail for teachers, I can safely say that their ‘vacation’ isn’t quite that.

I will admit that the first week of summer is often spent in the typical fashion. There’s a lot of sleeping in, lazy mornings followed by lazy afternoons, and a general sense of relaxation because they can finally sit down for more than two minutes at a time. But after that first week, there’s a lot of time spent focusing on the next school year. And more often than not, teacher’s kids are recruited to help with that work.

If your parent is an elementary school teacher, a lot of your time gets taken up with traveling to every thrift shop and dollar store within a five-mile radius in search of things to be used for next year’s lesson plans. Whether that’s composition notebooks, old board games that can be repurposed into learning games, even more books, or various other random things the bargain hunting is real. You learn very quickly that a store on one side of town has better bulletin board boarders than the one on the other side of town, and that price matching is really important. Office supply stores often have great deals that you can take to your local supermarkets for price matching, if you didn’t know.

We don’t even talk about Walmart’s school supply sale. It’s like The Hunger Games for teachers.

As a teacher’s kid, you’re also the biggest source of labor for cleaning and reorganizing the classroom; you’re always there, and they don’t have pay you because giving you the gift of life is payment enough. Most of the time there are at least two weeks dedicated to sorting through papers and activities, wiping everything down with Lysol wipes, dusting and vacuuming, and rearranging the desks and other furniture a million times until it’s ‘just right.’ To make everything even more fun, schools usually shut down the air conditioning and the electricity for most of the summer, so you get to do everything in the summer heat and in darkness. If your parent has a classroom with windows, then consider yourself extremely lucky. This free labor really comes in handy if your parent has to move out of their room and into another, or is switching schools. When you look into a classroom, you never expect it to have as much stuff inside it as it actually does; I mean, how much can fit in such a small room? The answer is a lot of stuff. Enough stuff to make you never want to see another glue stick again.

And of course, if they’re not working on their classrooms or their lesson plans, they’ve got grade-level meetings, in-service days, training days, and more. These things usually take up the entire day, because it’s summer and they don’t have a class to teach so everyone knows they’re free all day.

In truth, of the three months of vacation that teachers get, they really only have a month of it to themselves and their families.

It’s really hard when you want to see your parent and do things with them during the day, but you can’t because they still have to be at school. It’s even harder because they don’t have to be at school, or rather, it’s not mandatory. But in order to be prepared, they have to start as early as possible. Being a teacher’s kid means that you either spend your summer with your parent in their classroom, or you don’t spend your summer with them. To be honest, it took a few years to adjust to that idea. I was always under the assumption that they didn’t have any work to do after school let out, and unfortunately the majority of the population is under the same assumption. So often I hear or see people making comments about how teachers should get paid less because ‘vacation time is built into their schedules.’ Or people are bitter because the profession as a whole runs on the fact that there are three months for Summer Break as opposed to the one-month Winter Break or week-long Spring Break. Many complain that it’s unfair because corporate jobs don’t get extended vacation. But what they don’t see is that it’s not really a vacation. As I’ve said previously and will continue to say until I’m blue in the face, teachers don’t stop teaching even if they’ve left the classroom. Or, in this case, their job doesn’t end when their students leave.

And even though it’s frustrating, I still wouldn’t want it any other way. Spending your whole summer in school doesn’t sound ideal, but it really grows on you. After the first week, you get excited to go to your parent’s classroom because you’ve grown attached to the space. You get to meet their coworkers who already know your name, explore the school, and walk around with their name badge on like you’re the one that works there. You get to make bulletin boards and organize the books in their classroom library. Most importantly, you get to spend time with your parent doing what they love to do. It’s really special to share that with them.

So, as much as we like to believe that teachers have it easy, it’s not all it’s made out to be. Teaching is a year-long occupation that doesn’t stop when there aren’t any kids to teach. And yet, those who teach wouldn’t want it any other way.