Suicide Is Not A Revenge Tactic
Odyssey

Suicide Is Not A Revenge Tactic

Although bullying, suicide and rape are very serious issues, "13 Reasons Why" gets it wrong. 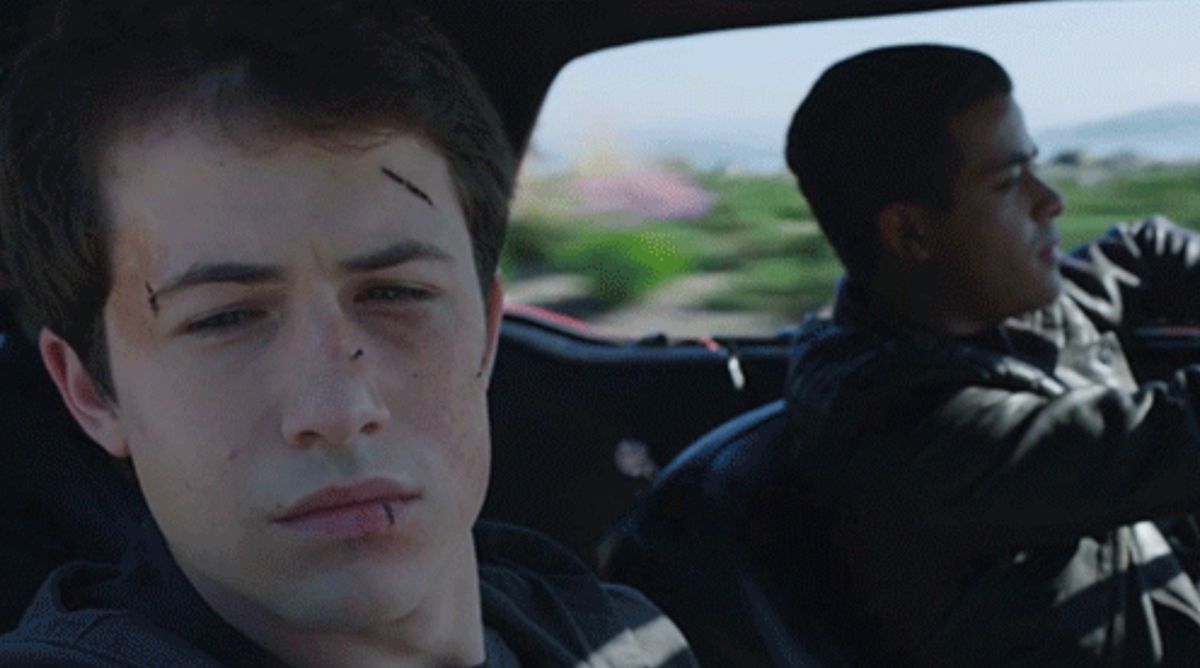 The following content contains spoilers from the Netflix series, "13 Reasons Why," as well as graphic descriptions of the suicide and rape scenes. This article was very difficult for me to write, therefore it may be hard to read. This is what is wrong with "13 Reasons Why."

For those of you who do not know what the show is about, Hannah Baker is a junior high school student who leaves behind 13 cassette tapes when she takes her own life. On each of these tapes is what she considered a reason as to why she killed herself; hence the title of the series. Each episode reveals one reason at a time, which builds a sort of suspenseful thrill for those watching. You want to know what is on the tape; you want to connect the pieces to know the story.

Suicide is a serious topic, as well as mental illness, which is why I believe many people clung to this show so quickly; but there were a few things that stood out to me that made me cringe.

Just to clarify, I have seen all 13 episodes. I considered it would be hypocritical of me to write this piece without having seen any of the show. It was extremely difficult to watch at times, as it should be when it comes to this topic. It's real.

However, Hannah Baker took her own life. She is the reason she died; she killed herself. Yes, bullying leads to this decision -- bullying is a common issue and what the character went through in the show was heartbreaking. But is that really the reason why she did what she did?

Something that really got to me while watching the show took place in the first episode when we see the box of tapes for the first time. There are colorful flowers drawn on the cases that contain the tapes. Hannah took the time to color and decorate these tapes; the tapes that hold graphic and soul crushing information. That seems almost evil to me. Which brings me to my next point.

One of the fist things we hear on the first tape is "If you are listening to these tapes, you are one of the reasons why" as in, a reason why she killed herself. Let's stop right there.

If you know anyone who has killed themselves, or attempted to do so, you know how enormously tragic it would be to hear that statement. I had to pause Netflix and calm myself down after hearing this.

The traumatic experiences Hannah went through are not experiences I would wish on anybody. BUT...the reason someone kills themselves yes, varies from person to person, but I believe it is to escape the thoughts they have in their minds; not what they go through at school. Did what those kids did to Hannah influence her suicide? Absolutely, but they are not murderers.

We go on to learn that the characters we meet throughout the show are not the nicest people; rumors are spread about Hannah, she gets called "slut" and other names, guys grab her ass randomly, she loses many of her friends due to irrational drama and selfish acts. It's high school, I am in no way condoning the bullying Hannah suffered from, but the show made it seem that what she went through (bullying wise) was something no one has ever witnessed. Which is very far from the truth.

The main character of this show, besides Hannah, is Clay Jenson. He is a quiet, socially awkward, nice guy who has trouble with talking to girls, and he was in love with Hannah. The show takes place while it is Clay's turn listening to the tapes. (Yes, the 13 people who are supposedly the reasons Hannah took her life hear the tapes in order and have to pass it on to the next person.)

We listen along with Clay and learn about all of the trauma Hannah experienced in high school; it was awful. This poor boy listens to his love talk about all of the horrible things she went through for 11 tapes before he hears why he is one of the people who was chosen to get the tapes.

The truth is, Hannah loved Clay too. At a house party while Hannah and Clay began to kiss, thoughts of the past with horrible guys begin to overwhelm Hannah and she panics; it's understandable. Clay asks if she is okay, she cries and yells at him to leave. He asks if she is sure, she then again yells at him to leave. He respects her wishes and lets her have her space. And for this, Clay hears that he did in fact "kill Hannah Baker".

By leaving her alone when she told him to he merely RESPECTED HER AS A HUMAN BEING. Clay Jenson did not do a thing wrong to influence Hannah's suicide. She even says on his tape that his name does not belong with the others; this leads me to believe it was her way of confessing her feelings before she died.

My original point here, is that the show makes it seem as if Hannah killed herself and left these tapes for revenge on those who wronged her in high school...which just sounds awful.

I do sympathize with the character; she witnessed her best friend getting raped, she was raped herself, people started rumors and judged her.

She claimed she tried to "give life another chance" by going to her school counselor. She vaguely told the doctor about her being raped, but it didn't work out as she hoped. How did she hope? I still do not understand. She said she wanted him [the rapist] to go to jail, but wouldn't give a name. The counselor did what he was supposed to do: calmly told Hannah he could not go to the authorities with such little information, because this is a serious accusation. Although those watching know that this person is guilty of rape, the counselor doesn't. As a result, Hannah is given two options; to report the rape, or attempt to move on. Yes, the term "move on" sounds bad but think about it; if you are not going to report it, what do you expect to happen? The healthiest alternative is to get help and at least make an attempt to get past the trauma.

Hannah walks out of the office upset, as she should; she hasn't fully processed everything. She walks out and stands in the hall and waits for the counselor to follow her. But, as all school counselors are, he was busy with phone calls and other work to do so. So what does Hannah do? She goes home, and kills herself. She draws a bath, without turning the water off, sits in the tub without taking her clothes off, slits her wrists, and bleeds to death only to be found by her mother and father who were left with no information or any clue as to what she was going through. Many parents don't fully understand what their child is going through, but Hannah didn't even reach out to them.

She did not get the help she needed, but she also did not try very hard to get it. For this, she is the only one to blame.

The release of these tapes resulted in a former friend of Hannah's shooting himself in the head. Although we do not see it happen, or see what exactly lead to it, we all know that these tapes influenced it. Just like the bullying and rape that Hannah experienced influenced her suicide.

If you are feeling as if you are worthless and that suicide is your only option, I strongly urge you to seek help. You are important. You are worth so much more than you think. Suicide is not a revenge tactic; please think things through. You are loved.

"Everything will be okay in the end; if it's not okay, it's not the end" -John Lennon