The Strengths Of Femininity And The Weaknesses Of Masculinity

The Strengths Of Femininity And The Weaknesses Of Masculinity

People with feminine perspectives have had to fight for everything, and as such they are chameleons. But masculinity struggles to be as flexible, and the outcomes are serious. 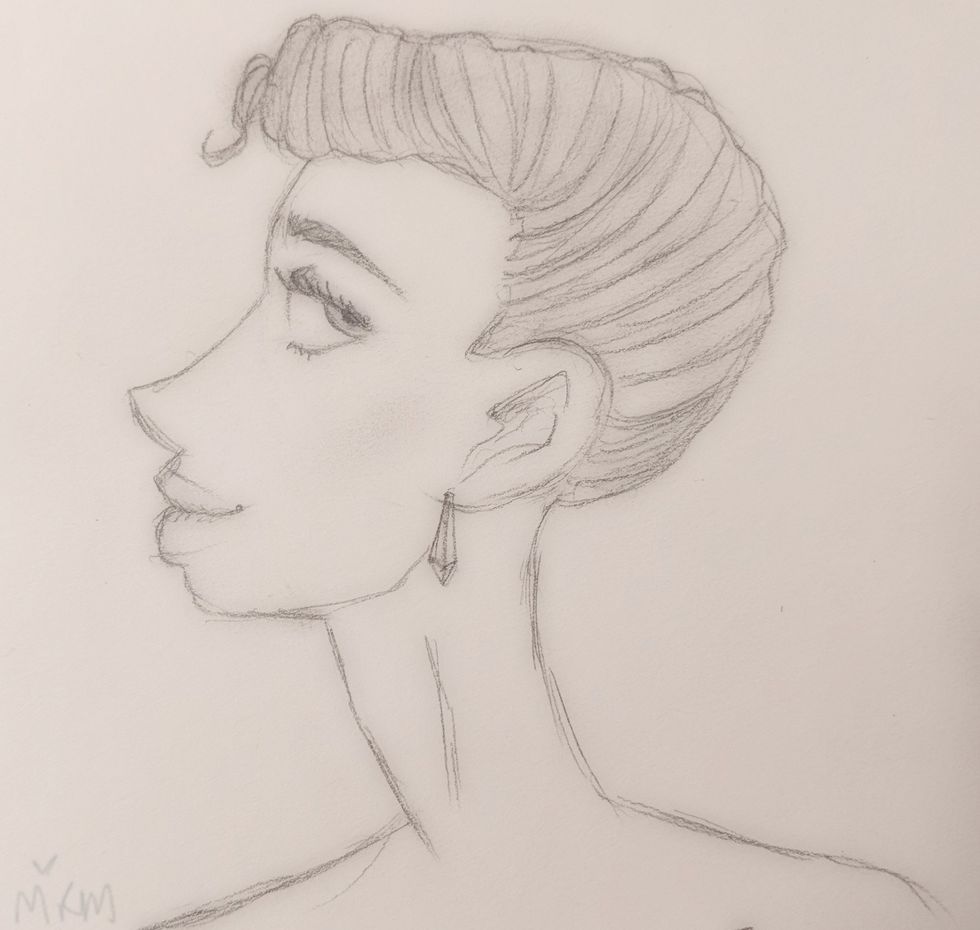 Part of what it is to have a feminine perspective is to make things your own, to pluck things from the world around us and integrate them into our own lives, wardrobes, and unique expressions of self. Plaid trousers and leather shoes and brown suede blazers have all settled into the everyday dress of women; we can wear our hair pretty much however we want, as we've unlocked thousands of hairstyles as acceptable if not normal; and the same applies of course to broader courses or life and career paths which, with great effort and often suffering, we can make belong to us. There is a fluidity to feminizing style and the stretching of sensibility to feminize even that which may not have been initially, a sense that everything can belong to anyone who employs it respectfully.

And I think that the reason everything has the potential to become feminine is that women have a history of making room for themselves. In every area of life, women have had to make things their own because in many cultures very little has been given to them. They have had to take things for themselves. Women have become accustomed to transforming the inaccessible into the accessible, because such is necessary in order to broaden their own horizons, and because no one is going to do it for them.

But throughout history, because they have been granted a certain behavioral, linguistic, stylistic, and even psychological turf, many men have not had to hone such forging skills. As a woman, I would say that it seems that much of what it is to be a man is guaranteed.

And yet I would also venture to say that, from my outsider perspective, much of what it is to be a man is fixed. Women have nothing but what they and other women have cultivated for them. Men do not have something that is cultivated but something that is finite and determined by the very systems they create, a space that is not accustomed to growth. And so while the space of "woman" grows and thrives because it must, as do the intersecting cultural spaces of LGBTQ+ and ethnic communities, the abstract space of "man" remains relatively stagnant and immobile because the terms by which "man" must exist have never changed. Masculinity today seems largely similar to masculinity 100,000 years ago, an issue in itself. Impossible societal expectations are set upon every demographic, and upon men, I believe there are the juxtaposing, conflicting expectations of simultaneous restraint and inhibition, daring and adherence, chivalry, and forcefulness. And as always because of the limiting nature of these relatively timeless expectations, there is a comparatively narrow definition of what a man can be and how he can express himself through attire, artistic expression, and emotional expression in general.

I'm not sure anyone needs to throw the most powerful demographic a bone, particularly at this moment, and that is not what I'm attempting to do. But according to the American Foundation for Suicide Prevention, men commit suicide 3.53 times more often than women, and in 2016 seven out of ten suicides were those of white males. I am trying to articulate that there are unique challenges to living no matter what kind of life one leads and that there are unique caps on free expression for men that shouldn't be overlooked if we want to cultivate understanding, open-minded, healthy young people.

In high school, I took the same creative writing class for three years and cumulatively there were seven males in that class, five of whom took the class because of a genuine interest in the coursework and craft. The men in the class contrasted so sharply with the loudest "men" in my school—that is the men who demanded the most attention—who exercised their masculinity in the form of athletics, raised voices, and use of sexually violent language and casual derogatory terms in reference to gender and sexual identity. This may appear like ignorance, and indeed there is no excuse for some of these behaviors, but these boys filled the space afforded to them using the avenues our high school and by extension our culture afforded to them. The ways they made themselves exist were the ways that were shown as socially acceptable, and these antiquated avenues, of course, were and are very few. The few men in my creative writing class were oddities who did not feel cowed by the notion of pursuing an avenue of self-expression and -definition so immersed in emotional openness.

Similarly, openness is not expected or necessarily appreciated in other areas. A woman can appropriate a "man's" suit but it's certainly difficult for a man to appropriate a skirt and tights without drawing odd looks. A woman can cry in abundance and be comforted but when a man does so he might elicit some deep-seated discomfort or distaste and be consciously avoided by those who truly should regard him no differently. Even though it is possible that the flexibility of what it is to be a woman, in spite of all the limitations upon the gender, stems from a distinct and undeserved history of self-advocacy, it is an issue that similar openness and accessibility does extend to all genders and demographics. Everyone needs to feel the same access to varied forms of self-expression.

It would be wrong to suggest that men's territory is somehow shrinking due to the long-awaited flourishing of others, or that men are being stifled… such rationalization is part of what sparks defensiveness, anger, and violence, defense of a territory that can no longer be cordoned off for the sake of those on either side. We do not shrink each other by growing but rather we strengthen our environment if we dare to acknowledge it as shared. The point is that accommodation and growth of all kinds must be available to all if we hope to cultivate a non-repressed people who, like members of demographics who have had to build what they have with their own hands and histories, know that most things are ripe for the taking if they are treated gently and respectfully, and if we all journey the hard journey.
Report this Content
This article has not been reviewed by Odyssey HQ and solely reflects the ideas and opinions of the creator.