Fordham University Is Straight Out Of A Horror Movie
Odyssey

Fordham University Is Straight Out Of A Horror Movie 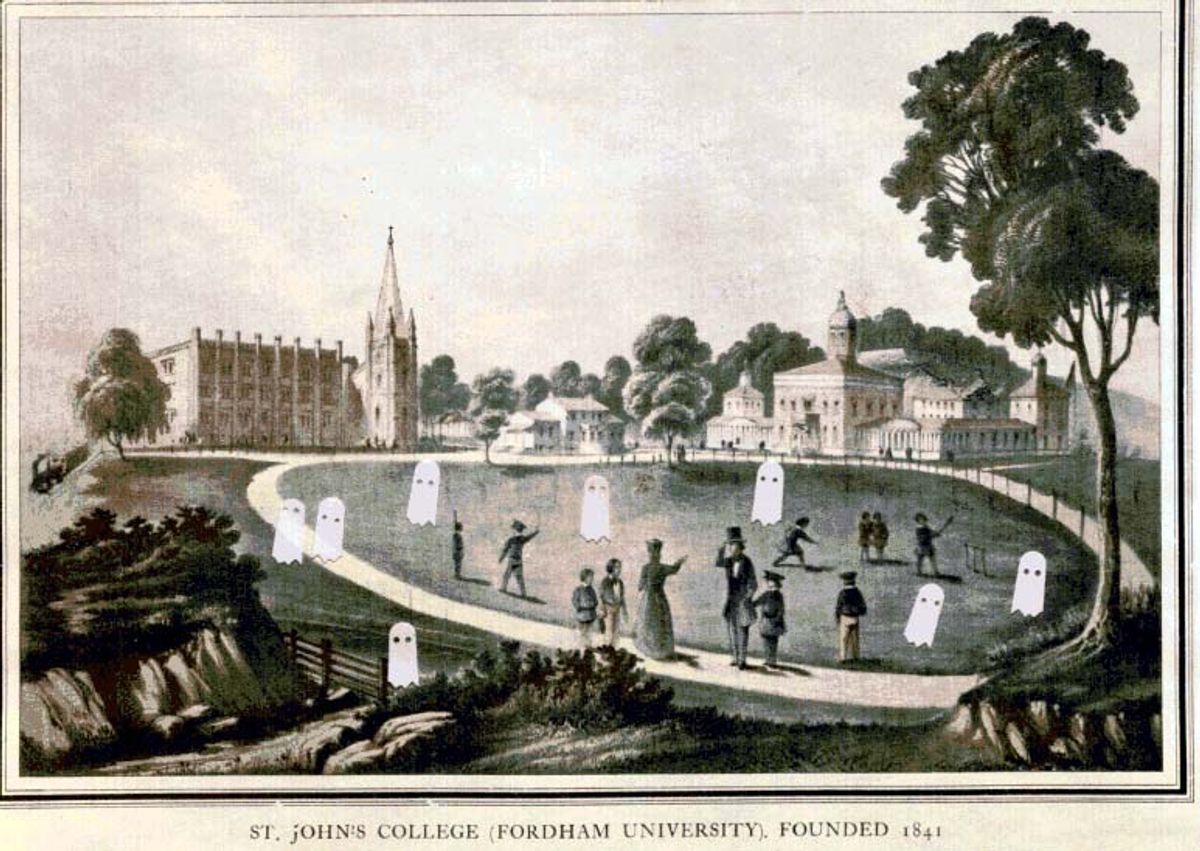 As a popular spot for the set of many movies and television shows, Fordham's campus is the ideal location for whatever may come its way, even hauntings. With a history of hauntings in many buildings on campus Rose Hill is essentially the perfect backdrop for a horror movie. From less recent events in Finley Hall to the most recent in Queens Court, many students and even Jesuits have been frightened by the happenings on campus. We've even made it on The Daily Caller's list of America's most haunted college campuses.

As one of the most paranormally active buildings on campus, Martyr's Court has long been haunted by one ghost in particular. Many of the dorms dweller's have seen the little blonde girl lurking behind the shower curtains in Martyr's bathrooms. As the story goes, students never see the feet of the girl below the curtain, however when the pull it back a little blonde girl is staring straight ahead. The girl will not interact or respond to anything, and eventually disappears into thin air. Residents also hear showers turn on with no one else in the bathroom and children's laughter. A male ghost has also been spotted by many of Martyr's inhabitants.

Serving as the location for scenes from The Exorcist, early on Hughes Hall gained infamy as a haunted location on campus. It has been reputed many times that a small boy has been spotted wandering the halls. People have also remarked that locked doors have flown open on their own.

One of Fordham's more recent buildings, O'Hare Hall also includes one of Fordham's most recent hauntings. In 2000, as the dormitory was building was being built a worker supposedly had a heart attack on the roof. This tragically caused the worker to fall off the roof to his death. To this day it is rumored that students hear construction sounds at night on the upper floors, as if the worker was trying to finish the job.

Collins Auditorium has similarly reported sighings of a man walking around the balconies. Supposedly, this is the ghost of Johnny Collins, the man who the auditorium was named after. Anyone who has practiced in the auditorium has remarked on seeing Johnny and claims that they hear whispers, feel cold sensations and have even had the lights turned out on them. Johnny is not harmful however, most of the students have come to accept him as they believe he just likes the company.

Before its time as a residence hall Finlay Hall served as Fordham's Medical School. This building contained a morgue and was the holding place for many cadavers. A handful of Finlay's residents have reported being woken up in the middle of the night with the feeling that someone was grabbing at their throat or tagging their toes. Many dissections were viewed from the lofted rooms in the basement and others have seen those that died in the room from the loft above, or the students observing in the loft from the beds below.

My home for the last year, and Father Joseph McShane's former room, Loyola 415 is one of the lesser known haunted rooms on campus. Living there from 1992 to 1996, Father McShane has noted the room as the "best room on campus," at least in his opinion. However, even with the best view on campus, 415 is not without recurrent spooky moments. Father McShane notes "One oddity of the room: I was awakened every morning at around 5 when the steam heat started up and the pipes banged to beat the band." This occurrence as well as a few others have occurred during my time in the room. Late at night, construction work can be heard from the room, and not any other. My roommates and I have also witnesses the closet opening on its own many a time. While it was pretty spooky we may just be chickens.

Even with all its eerie qualities, Fordham has been my home for the last year and I hope that for many others it will feel the same. All of the hardships and hauntings make Rose Hill what it is, and make it a great film set.

Peace out 415, thanks for the memories!