A Story Of Boy Meets Girl 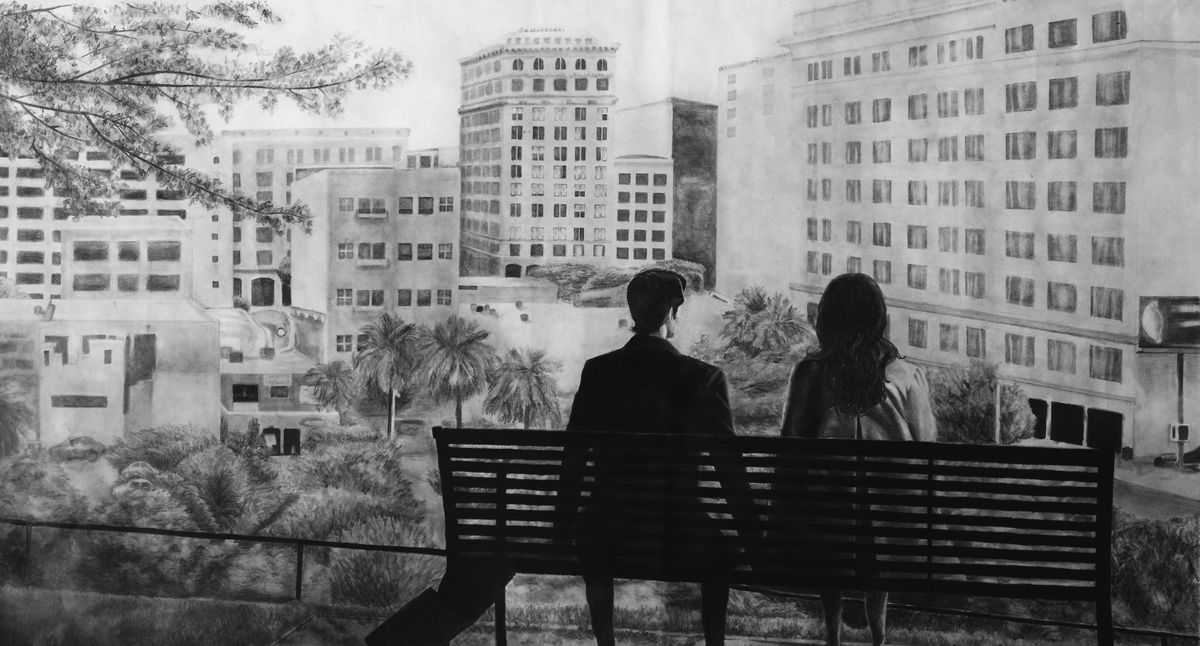 “This is a story of boy meets girl but don’t be fooled, this is not a love story. It’s a story about love.” - Fox Searchlight's (500) Days of Summer

The boy (let’s call him George) from upstate New York, just got out of a two year relationship just over a year ago. I would say he was in the transition period of his life.

The girl (let’s call her Sarah) from one of New York’s finest boroughs, thought she wouldn’t truly be happy until the day she found “the one.” Too bad she believed that maybe every guy she met could be “that one.” That idea came from unrealistic movies and a sense of romance she longed for all of her childhood. Sarah had been heart broken in the past, but nothing quite like the way meeting George impacted her.

George was afraid of getting too attached again and letting a possible relationship come between him and his career. Even though he was in a transitional period of life and possibly moving to California, he still chose to take a huge risk and meet Sarah; a decision Sarah would truly respect the rest of her days. George took her on dates and was a total gentlemen. So where did it go all wrong, you ask?

The quote pictured above is a quote about Sarah. Sarah still remembers “the drive” and the good times that made her fall for George. “The drive” was a moment Sarah felt the most comfortable around George. “The drive” was the moment they blasted country music going down a highway that night. They were singing with not a care in the world. Who was going to judge their skill level anyway? Sarah thought that having similar common interests would have been enough. But eventually, she would be proved wrong.

Was Sarah falling a little too fast for George? I think that it’s all a matter of opinion, but certainly all signs pointed to a possible relationship. George, through actions, led Sarah to fall head over heels for him.

Sarah thought being unique would be enough but later, she would be proved wrong. In theory, the idea was a good thought.

Ultimately, this story turns from a love story to a story about love when George decided to end things.

Sarah was naturally confused, but there was nothing she could do. George had his mind set on his career and keeping doors open for opportunities. It was nothing Sarah did or could do. All she could do was respect his decisions as she did from the beginning. She was left to just love him enough to let him go.

Sarah was heartbroken, but in a good way. She finally experienced love, not infatuation but loving someone for who they are all together. So, did Sarah love George enough? I think she did enough to set him free. If you have ever seen Fox Searchlight's movie, (500) Days of Summer, I recommend you watch it again, but read the quote below first.

I think Sarah was a lot like Tom (Joseph Gordon-Levitt) from the movie. I think she was originally in love with the idea of a person, or "George." Only after things came to a screeching halt, did she actually love George for who he was? George was a man of opportunities and I think in the end she respected that. After all, "some people are meant to fall in love with each other, but not meant to be together." That must have been the case for George and Sarah, as it was for Tom and Summer in (500) Days of Summer.