Vandalism And Violence Aren't Going To Bring Back Stephon Clark

No, I don't agree with what's happening and no, I don't think any of it is right, but I'm not educated so I stay quiet. You should, too. 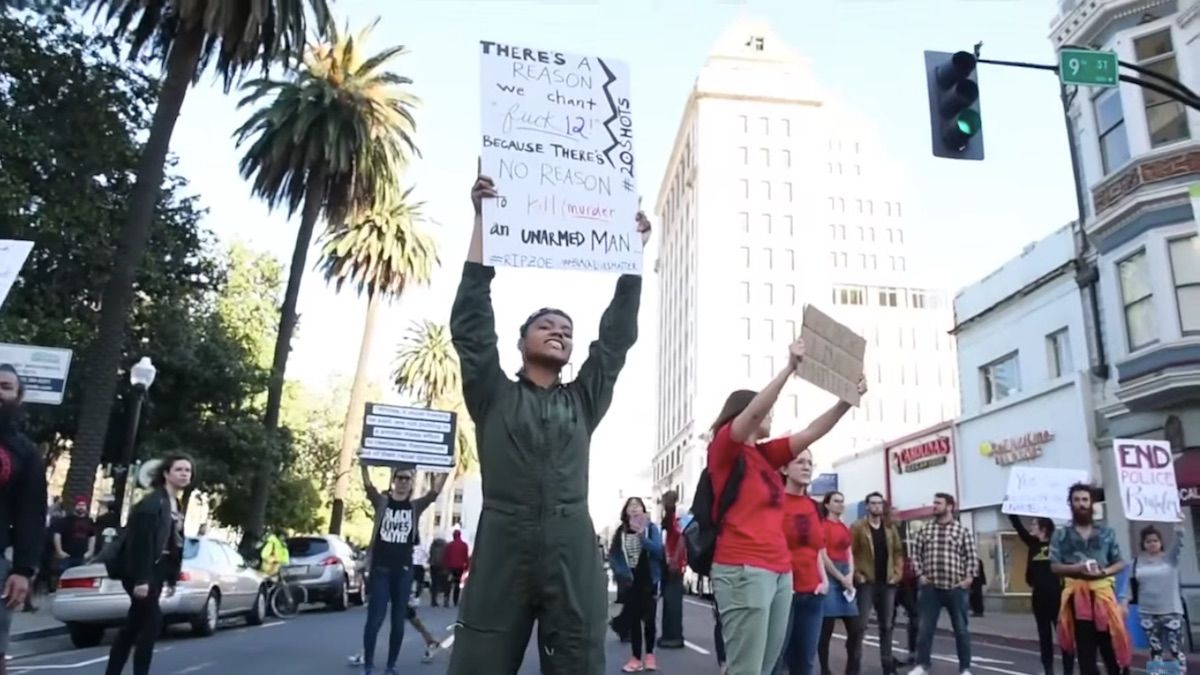 2018 has been an insanely crazy year, and it's April. The good, the bad and the horrendous have happened.


Just two weeks ago, Stephon Clark, Sacramento native, was shot and killed in his backyard 20 times by Sacramento deputies after receiving multiple calls reporting a man had “busted both my truck windows out, and is in people’s backyard right now” a 911 caller says.

Officers arrived shortly after 9 pm in Clark's neighborhood. Around 9:30 pm, a sheriff’s helicopter spotted Clark in a backyard and told police that the suspect (Clark) had picked up a “toolbar” and had broken a window. As Clark climbed a fence and entered another yard, the pilot directed officers to his location.

Officers eventually caught up with Clark in his own backyard, trapping him and shooting him 20 times. Clark turned out to have no weapon, only a cellphone.

This is one of many.

One of many cases involving injustice, racism, law enforcement, judgment and heinous outbreak.

You name it, it happened.

Why? I ask myself.

Why do people commit crimes, and why is everyone on their side?

House robbery, murder or grand theft. It doesn’t matter, a crime is a crime no matter the severity.

Why do we automatically blame law enforcement for doing their jobs?

I’m sorry, but there is no right or wrong in this situation. Like I will probably say more than once, we weren’t there. We don’t know what was said.

We have no room for judgment or to feed our "two-cents."

Why do we take it into our own hands? Why do we simply jump at police officers for doing their job, circumstances taken out of the equation?

Body cam footage is easily editable undetectably, released by official sources or not.

You have every right to be mad, upset, confused and pissed.

I don’t think, however, any of us have a right to simply spit at a police for doing their job, throw shoes at them, vandalize their patrol cars or cause any harm to other people’s belongings or bodies because you’re mad during a protest.

I don’t think we need to stop fans from entering Golden One Center.

I don’t think we need to light trash cans on fire.

I don’t think we need to block Interstate 5 for more than four hours, stopping traffic because we want to be heard and respected and fight for what’s right.

If you want to be heard, start a petition. If you have feelings about it, write a letter.

If you want change, it starts with you.

No, I don’t agree with what’s happening.

No, I don’t want things like this to keep happening.

I also don’t think I have any room to speak upon awful crimes like this, or injustice practices by official’s whether right or wrong.

I stay quiet because I’m not educated, you should too.