Scrolling through Instagram every day may have more of an impact than you think. 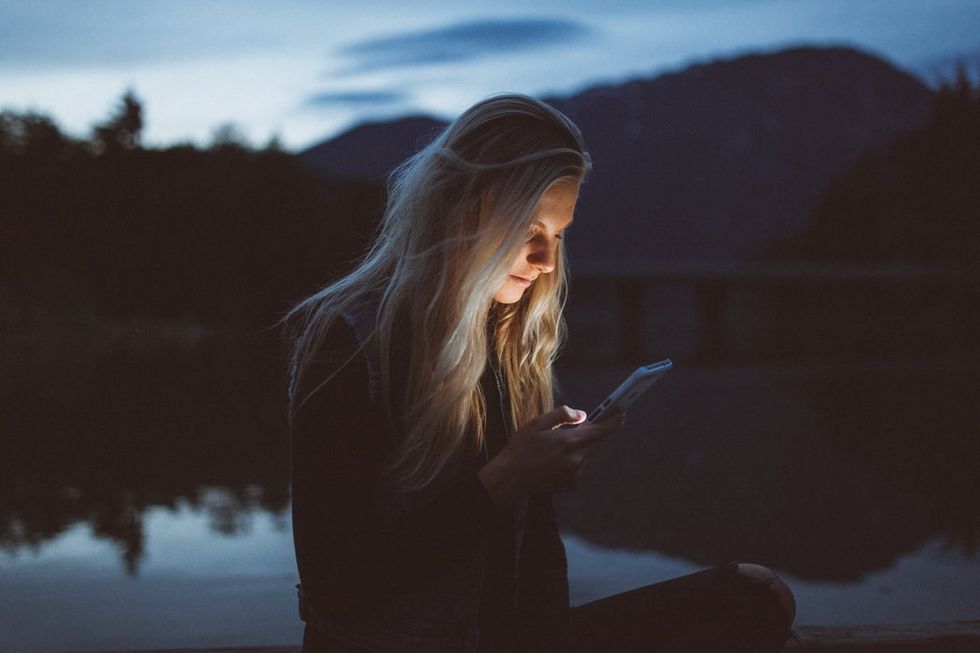 Photo by Becca Tapert on Unsplash

You know that iPhone feature that tells you how long you've spent on your phone each day? Pretty much everyone I know hates seeing that notification pop up. Yet somehow, we never make any conscious efforts to help that number go down.

We're well beyond the point of addiction when it comes to our phones. I'm willing to bet that for most of us, that addiction is mostly fueled by social media. FOMO, social acceptance, and just plain boredom all contribute to our desire, or really, our need, to be on Instagram, Twitter, and Snapchat almost constantly.

But even if it may not seem like it, this constant engagement with social media is doing damage to our minds. One comparative study found that more time spent on social media can have negative impacts on mental health, and yet other statistics still show that we are growing more and more dependent on our devices. Cell phone dependency is dangerous, and studies have already shown that it can lead to negative mental health outcomes like depressive symptoms and loneliness.

That said, here are some important stats to know about so that you can finally step away from social media and start to focus on your own mental wellbeing.

I wanted to first start out with these statistics, just so we're all aware of how large the following issues can become. According to ScienceDirect, the average teenager spends about six to seven hours on their electronic devices every day. From those six to seven hours, they spend an average amount of three hours on social media. With that much time online, there's bound to be some impact.

It's important to note how long teens are consuming media, but it's also relevant to understand what exactly they're looking at when they do. According to JAMA Network, most US teens report going on at least one of the seven major social media sites. This has implications for things like social inclusion and indicates that if social media does have a negative effect on mental health, it's going to be impacting an overwhelming majority of adolescents.

3. Those who spend more than 3 hours per day on social media are at heightened risk for mental health problems in general, and teens who spend 5 or more hours a day on their electronic devices are 71% more likely to exhibit suicide risk factors.

It's important to note that although social media was first introduced in 1997, it didn't really gain much popularity until around 2009-2010. Knowing this, seeing a 56% increase between 2007 to 2017 among the age group most prominent on social media poses extreme concerns about how the introduction of those platforms impacted mental health.

Similar to the above statistic, noting that social media gained popularity right around 2009-2010 is important. There is a clear upward trend of self-harm emergency department visits beginning right around that time, which although doesn't prove causation, is pretty relevant in considering how social media may be affecting young girls.

With the introduction of social media came young girls' ability to compare their looks to others, photoshop their appearances much more, and seek social gratification for their looks in the form of likes and retweets, and comments. It's not unlikely, in my opinion, that all of this access caused more incidents of self-harm in that age group.

6. 20% of people with at least one social media account report feelings of a newly coined term "social media anxiety disorder."

Social media anxiety disorder is not an official clinical diagnosis, but the phrase refers to the need to check your phone every so often in order to avoid feeling anxious. This adds a whole other layer of mental health impacts — not only is social media contributing to negative mental health symptoms, but it is also creating entirely new ones.

7. 44% of all female adolescents think they are overweight, and a suspected 4-22% of college-age females engage in bulimic behavior in an effort to be thin. Trends are consistent with the media's portrayal of women getting slimmer.

As women in media portrayals have gotten slimmer, instances of female adolescents believing they are overweight and engaging in bulimic behavior has gone up. Social media gives us direct access to other women that may often use photoshop before posting, and this can impact how girls view themselves. If we are constantly seeing images of women who look "perfect," how are we going to feel when we encounter what we perceive in ourselves to be flawed?

Going back to the previously mentioned idea that social media really began to pick up speed around 2009-2010, we yet again see an instance of increased mental health issues in line with its rise to fame. According to this study, there was a 63% increase in symptoms of major depressive disorder from 2010 to 2017, which may be indicative of just how heavily social media may be influencing our mental wellbeing.

Similarly, the rate of suicide thought and attempts all increased significantly within those aged 20-21 right around the time that social media began to gain some traction. This is probably one of the most concerning statistics because it's kind of crazy to think about how social media may be pushing some closer to suicide. But, if we look at the other eight statistics that analyze how long teens are on social media and all of the mental health issues it may cause, reaching a breaking point for most teens is an unfortunate truth.

These are all frightening statistics, and I hope they concern you as much as they do me. If social media has such a drastic effect on our minds to the point of causing an increase in suicide, adding to a rise in depression and anxiety, and contributing to the onset of eating disorders, there must be change. We cannot allow our devices to control our minds any longer, and we need to recognize social media's impact on our lives before it is far too late.