How To Actually Stand In Solidarity
Odyssey

How To Actually Stand In Solidarity

Hint: it's more than just copy & pasting a status. 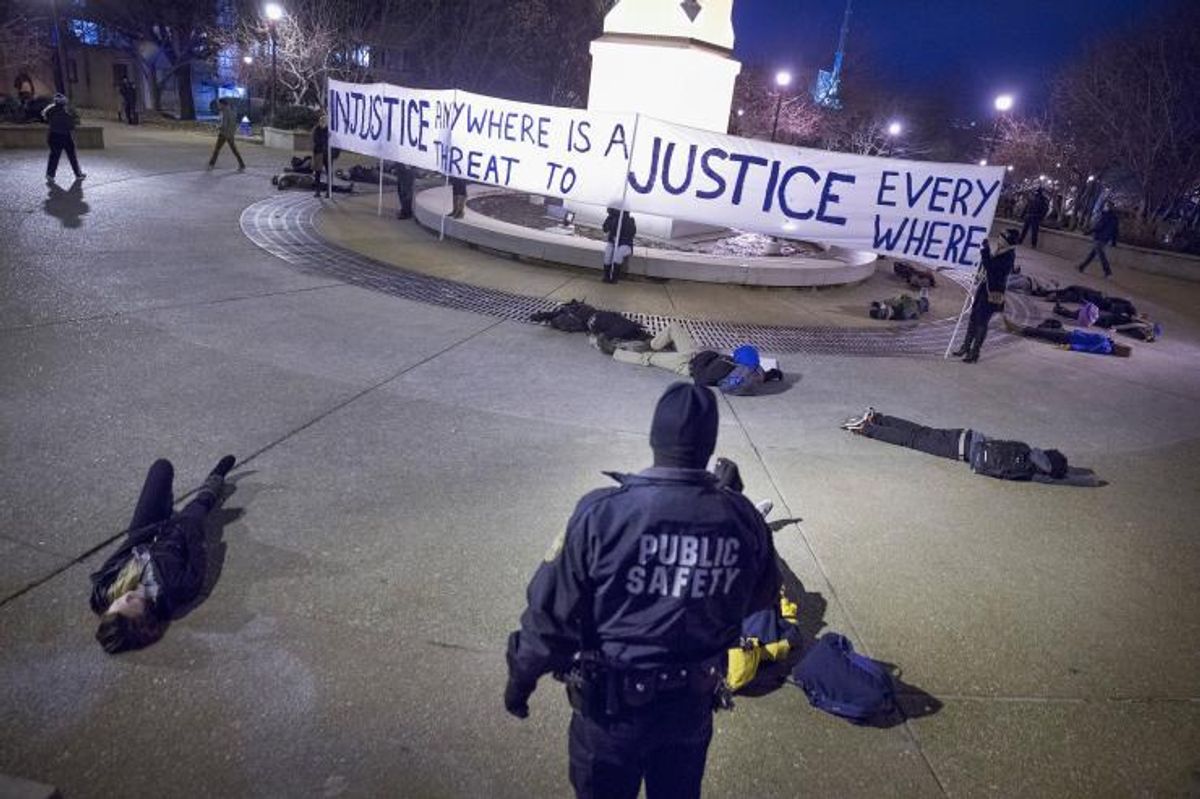 “To the students of color at Mizzou, we, student allies at UC Berkeley/etc., stand with you in solidarity. To those who would threaten their sense of safety, we are watching. #concernedstudent1950 #InSolidarityWithMizzou.”

I have read this statement countless times in the shadow of the racially charged threats to students of color around the nation, specifically at the University of Missouri. To clarify, I am not trying to undermine the necessary exposure and support social media can give to a cause. However, I feel that many people do not fully understand what standing in solidarity truly entails. In the wise words of dictionary.com, solidarity is the “Union arising from common responsibilities and interests.” Therefore one cannot stand in solidarity by simply sitting in bed copying and pasting a Facebook status, however good the intentions are. Standing in solidarity means accepting the common responsibility of protecting people of color by recognizing and reforming the inherent racism worldwide.

The cause for equality is not something that can be reduced to a status; to do this is to add to the oppression and ignore an entire history of violent discrimination and domination. In a nation built upon systemic racism, it is the responsibility of not only the government but — more importantly — the people to examine privilege and abolish intolerance of minorities. How can we expect our government to fix this problem when we as citizens are apathetic in our efforts to care?

I find it almost humorous how widespread the term “Mizzou” has come, as if using a nickname in a lukewarm facebook post brings one closer to the cause while still being ignorant of the lifelong challenges that being a person of color brings. When a hurricane devastates the east coast, does the government simply verbalize its condolences for the nation’s loss? No: it provides radical relief through action with both monetary and physical aid from the people. Like a hurricane, this nation’s racism is a disaster that needs immediate relief to end the violence, death, and terror. The fight against racism is not a placeholder until the next popular cause; it is an unending battle that cannot survive without the full support of the nation. This fight directly concerns everyone, not just people of color, because failure to recognize white privilege only perpetuates the oppression of an entire group of people. Doing nothing is adding to the problem, and posting a Facebook status is doing nothing if it is not backed by action. And don't even get me started on the concept of temporary profile pictures (the word "temporary" says enough).

While being a #concernedstudent1950 is all fine and dandy, that is only the first baby step to fighting racism. Do not reduce an entire past, present, and future of discrimination to a Facebook status; do not let a lack of empathy continue oppression; do not pretend that it is possible to ever understand the struggle of POC when you are not one; and do not allow the next popular topic to undermine the necessity of racial relief. Let us truly stand in solidarity by not only recognizing the inherent racism that dominates our nation, but also making it our personal responsibility to combat the people and institutions who perpetuate it.