Step aside, "All The President's Men." 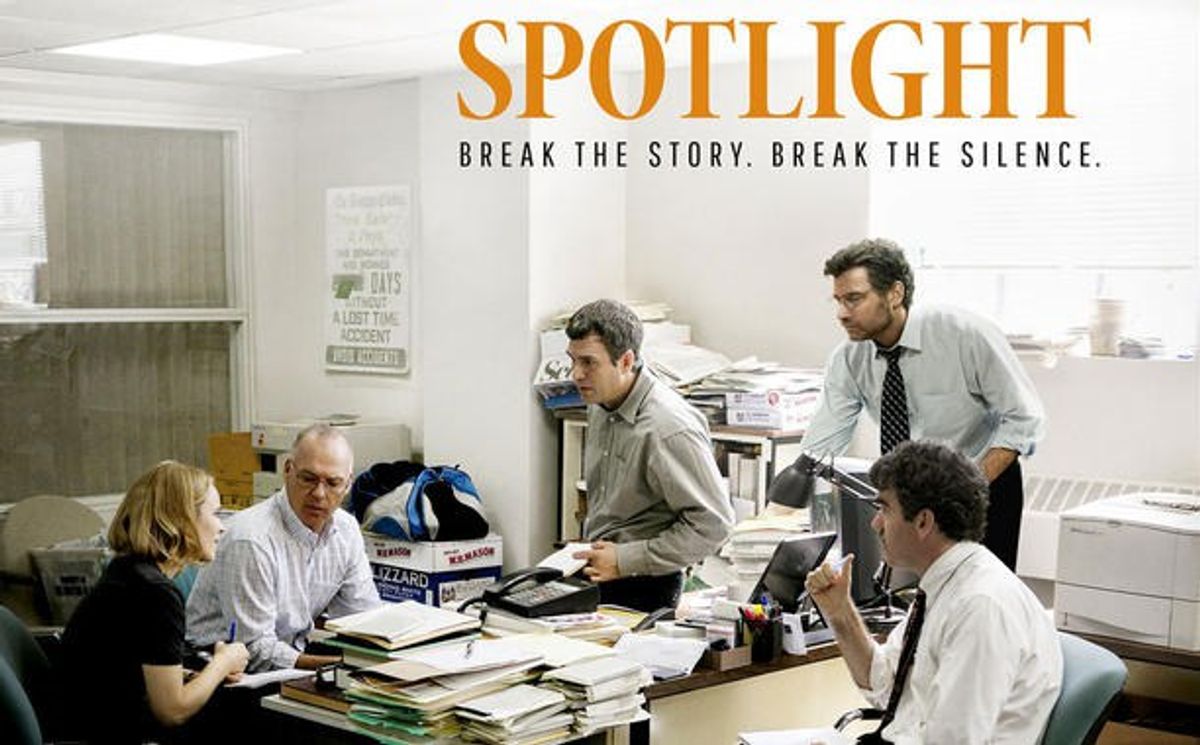 In Tom McCarthy’s new film, "Spotlight," a group of investigative journalists work at uncovering the horrifying truths behind a contemptuously large child molestation scandal within the Catholic church.

In 2001, members of the Boston Globe's investigative journalism unit, “Spotlight,” are given a few leads that give evidence to the fact that one or two priests in the Boston archdiocese have been inappropriately touching young boys in the greater Boston area. However, as it normally goes, the team starts pulling back more and more layers and realizes that there is more to the story than meets the eye.

The cast of this movie is an absolute knockout; from Michael Keaton as the head of Spotlight, to Mark Ruffalo as the main domineering male, all the way to Rachel McAdams whose performance is nothing less than superb, these roles make this movie go from good to great.

Liev Schreiber does a fantastic job of playing Marty Baron, the chief editor at the Globe, and it is a role unlike any that he has done. Schreiber has to play a calm and collected character and he does so with the utmost grace and poise.

I cannot think of a better movie within the past few years that has taken a subject like this and turned it in to a piece of cinematic beauty.

The only other movie that comes to mind when I was watching this was the 1976 Alan J. Paluka film, "All the President's Men." The aforementioned movie is based around two reporters who unfold the conspiracy of Nixon and the Watergate Scandal.

"Spotlight" deals with a nastier subject because it deals with the taboo topic of child molestation. The beauty of this film is that it does so in a very elegant manner.

The mise-en-scéne itself is quite beautiful and the pastel neutral colors bring a counter-intuitive life to the film. The cast plays all their parts beautifully and everything seems to work and groove together cinematically.

However, the subject matter is so repulsive and disgusting that it really grabs your attention from the start and forces you to cheer for the protagonists throughout the film. It is one of the few films that walk the fine line between beautifully shot, yet narratively disturbing (see "Passion of the Christ" or the ending of "American Sniper").

Overall, I thought this was an absolutely fantastic movie and it is no wonder that many people have this as the clear front-runner in this year’s Oscar race.

Be prepared to see this film in the following categories at the Academy Awards:

While I don’t necessarily think that it is the best movie to see with your family during the holiday season, it is definitely a movie that you need to see because of how beautifully it was made in every aspect.

It is officially my front-runner for the Best Picture.

Caitlin Marie Grimes
University of South Florida
7463
Beyond The States