31 Must-Watch Movies To Get You In The Halloween Mood 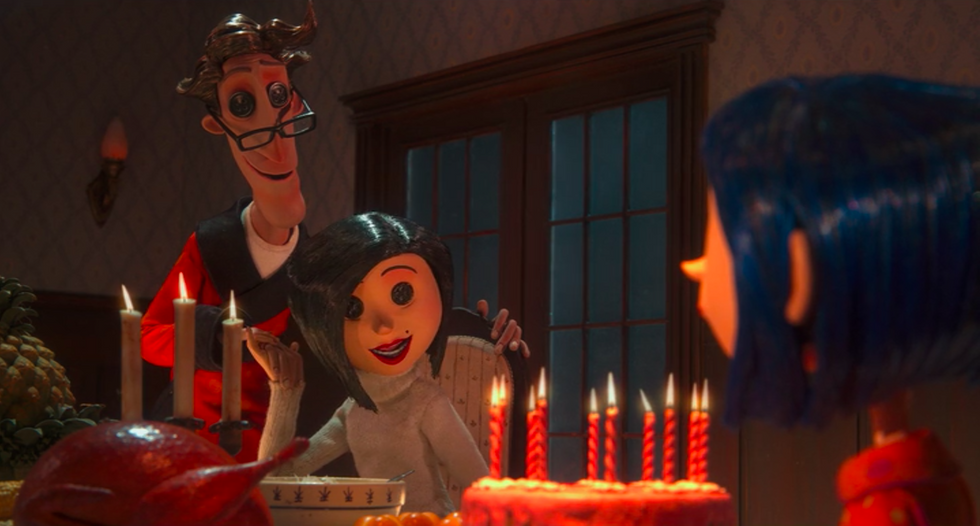 This month, Freeform, formerly known as ABC Family, released their '31 Nights of Halloween' TV schedule for this October. Yes, 31 days of Halloween instead of the usual 13 days they do every year. Many people, including myself, may have gotten really excited by this news. That is until they saw the movie list.

While Freeform has some classic films like "The Nightmare Before Christmas," "Monsters, Inc." and "Charlie and the Chocolate Factory" on the list, they have a lot of movies you wouldn't want to be watching to get in the Halloween spirit. Movies like "Frozen" and "The Parent Trap" have remotely nothing to do with Halloween.

So, in the spooky spirit, I decided to craft a list of 31 movies to watch during Halloween month that are much better than the one Freeform put out.

Now, before I start, I understand that Freeform does not have the rights to every movie I mention on this list. Yes, their movie options are limited, but changing 13 nights to 31 nights only to have "Hocus Pocus" on there more than eight nights is embarrassing.

This movie is underrated. I only watched it for the first time because of my mom, but I'm glad I did, because it just has that perfect '90s combination of comedy and horror that everyone will love.

The classic children's movie that scared you as a kid and made you think about your "other" parents.

At #3, we've reached the pinnacle of Halloween classics.

Because what doesn't scream Halloween more than Harry Potter?

I don't think I can ever listen to "Rush" by Aly&AJ and not think about this movie.

If you haven't heard or read "Battle Royale," you need to hop on it stat. "Battle Royale" centers around 42 kids who are sent to a deserted island to kill each other. Their goal is to be the last one standing, as that's the only way you're allowed to leave the island.

Scooby-Doo Halloween movies are slept on. They have such a great creepy and humorous element to them, plus it's always fun to try and solve the mystery before the gang does. And who didn't want to be a Hex Girl?

This is undoubtedly the movie that every kid looked forward to during Disney's "Monstober" month.

Let's be real. No matter how much you hated Kal as a kid, he was one hot villain.

The best "Halloweentown" movie in the series. Cassie is still my favorite character from this film.

I remember watching this movie as a kid and laughing at so many scenes just because of how much this movie reminded me of my family. I also remember crying towards the end of the movie, so if you like kid comedy-horror movies that make you cry, then this is the one for you.

Guiltily, I have yet to see this movie, which is absurd because how can one be a Halloween-devotee and not see a movie titled "Halloween"? Also, Jamie Lee Curtis is in it, which means it's got to be something.

Although not out until later this October in theaters, "Venom" looks like a good anti-hero Halloween movie!

The root cause for why everyone is afraid of clowns.

If you haven't held a crystal ball before and pretend you have the power, you didn't have a fun childhood.

"Who you gonna call?"

If you have free time, lots of snacks and DVDs/ PutLocker, there is no reason for you to not watch any movie (or 31) from this list. You only really get to celebrate Halloween and spooky things for two months without people asking you why you're watching "Halloweentown" in the middle of May. Enjoy the movies, procrastinate homework and get spooky.