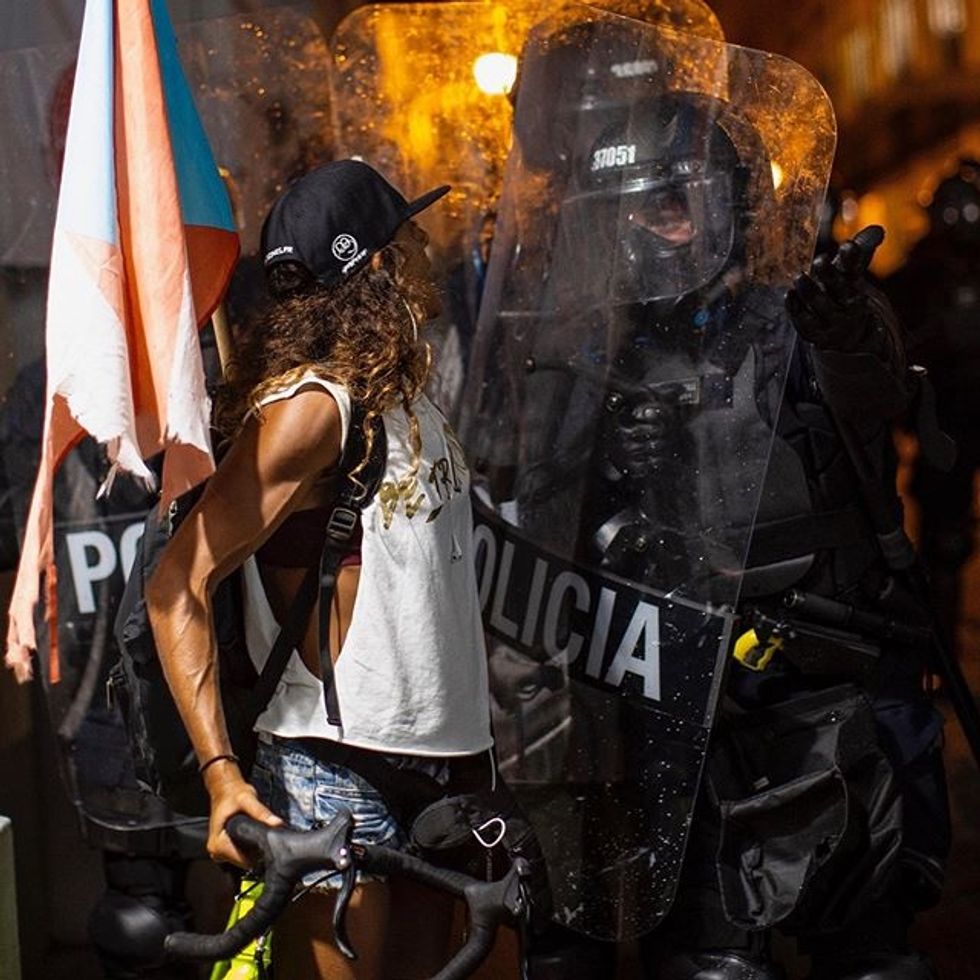 We see it each day in whispers and in glances, as the world around us seems to turn without a second thought. We get notifications on our phones and news updates on our televisions as world leaders and governments move forward with their policies. Most of the time, we don't think much of it, pocketing our devices and carrying on with our days. But sometimes, when those updates become too frightening, too infuriating, too much, we do something greater.

It's no surprise that the world is facing a new surge in socially extreme policies and agendas. In the United States, President Donald Trump continues to flout his immigration agendas while bipartisan tensions to potentially remove him from office grow stronger. In the United Kingdom, the conservative party and Brexiteer Boris Johnson rises to the station of Prime Minister, potentially offering no reprieve from the damning work of Theresa May.

But it isn't just politics that people become passionate about changing. Climate change grips the world as this summer becomes one of the hottest in recorded history. Indigenous groups seek to defend their sacred sites from excessive tourism and land development. All over the world, people's civil liberties and personal freedoms are being threatened.

It can be disconcerting, amid all the negative news, to think that anyone can change the status quo. As young people in particular, we're told that we don't know enough about what we want to change to have any real effect. We're told to sit down and listen while the real adults take care of things. But we can't sit down and listen. Instead, we stand up and take action, alongside our friends and families, neighbors and classmates, young and old.

The power of the people is the one true force within the world, particularly within our Western democracy. Our government was drafted with the people in mind, in order to free them from the tyranny they fought so hard to dispel. Now, we use our rights and liberties to rise up against injustice on all levels, from school hallways to the steps of government institutions.

Just last night, in one such instance, the governor of Puerto Rico, Ricardo Rossello offers his resignation amid protests for his removal. This comes after private conversations depict Rossello as partaking in such discussion as mocking the victims of Hurricane Maria, slandering his political opponents and allies, and making misogynistic and homophobic comments and jokes. In the wake of the announcement, the people of Puerto Rico have rejoiced in the streets, with fireworks and vast celebrations. It's a victory against the very toxin that threatens our world today: intolerance.

Within the United States, citizens of Tennessee demonstrated a peaceful yet moving protest against ICE officers who aimed to detain a man and his son. Neighbors of the targeted family hurried to help, creating a human chain around the van in which the man and his son were hiding. Those who weren't making up the chain ran to and from their houses and those of their neighbors, informing them of the situation and bringing food, water, and gasoline to keep the family safe inside the van. The ICE officers were not able to intervene, and the family successfully avoided detainment. This follows the harrowing news of President Trump's immigration raids, which have allowed ICE to pursue and detain individuals who have arrived in the country illegally.

These are just two instances of how moving the voices and the will of the people truly are. Against threats to our safety, health, and happiness, we are our own strongest weapon. While not every situation that plagues our society today can be solved with protests or human chains, they are certainly an effective way to start. When people take action rather than watching from the sidelines, the injustices they take action against become scrutinized and condemned until they can no longer continue.

It can be easy to ignore what's happening in the world today, especially if the effects haven't been felt personally. But no one lives in a bubble, and in order to defend both ourselves and the places we live, we need to have a voice.