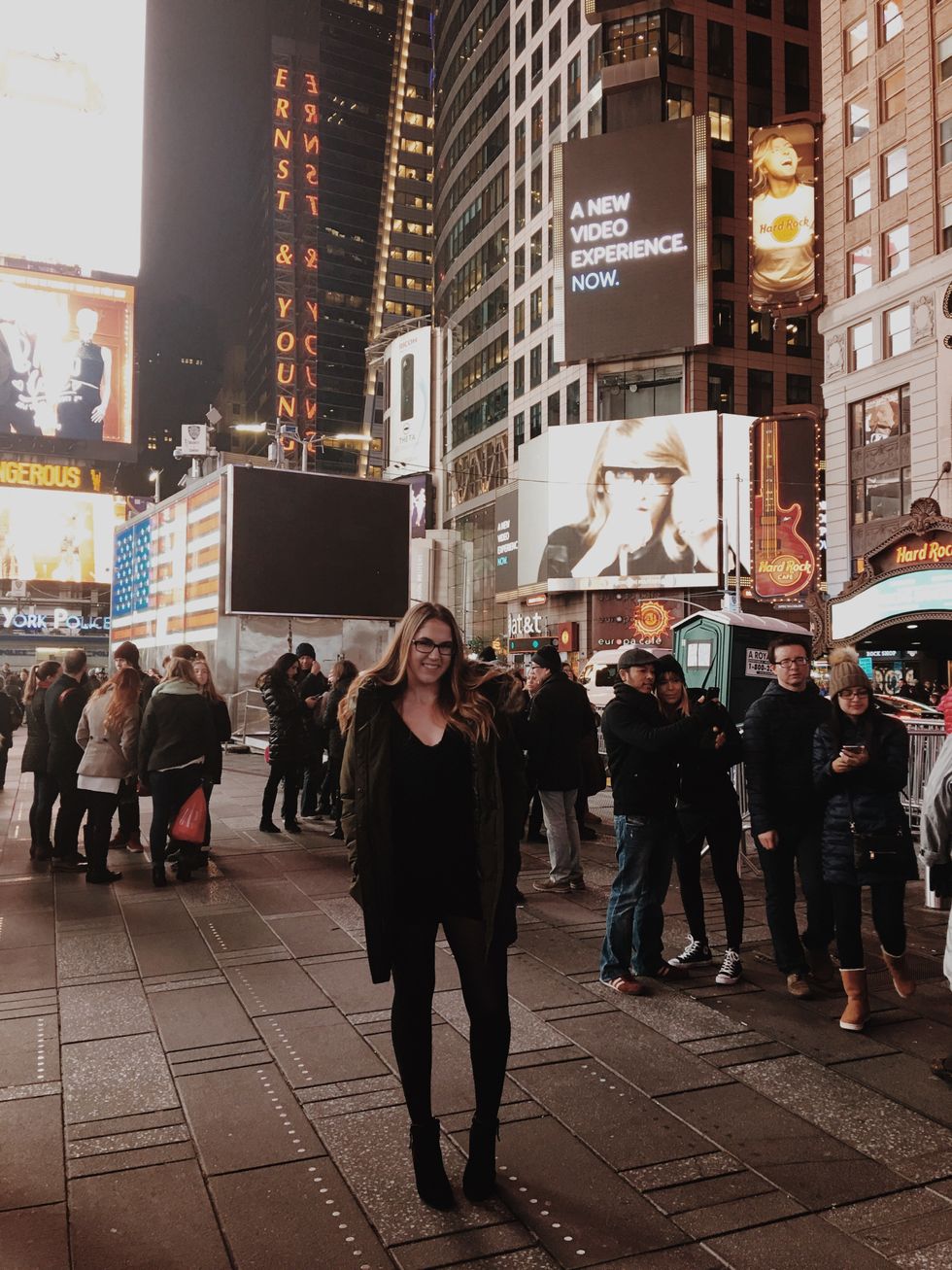 Don't get me wrong, I love the south. I was born and raised in good ole' Columbia SC, and will always treasure the memories and friendships that I made along the way. However, I know its time for a change.

As I am quickly approaching my second semester of Senior year, I have found myself becoming fascinated with the idea of living in a big city.

I have always dreamt of living in a city that would light my heart on fire.

The city life has always intrigued me, even from a small town in South Carolina.

Starting my Freshman year of college, I became infatuated with the idea of living in New York. I become so obsessed, that I would beg my mom every year to take me to New York on Christmas break.

My mom caved in, and both my Freshman and Sophomore year of college, my mom and I would pack our bags the day after Christmas, and head to the airport.

I fell in love with every aspect of New York, from the busy sidewalks to the Broadway shows.

I had some sort of attachment to the city, and my heart ached every time I was due to depart.

I began to think a few days ago, what if I was meant to live in the city? What if God is telling me to step outside of my comfort zone and just go?

My best friend and I began to talk about this, and she explained to me that she had been having the same feeling over the past few weeks.

What if we were being called to the city? What if we stepped outside of the confines that the south put us in, and did something that would alter our lives forever.

See, that's the struggle with having a city girls heart in the midst of a southern town.

While I owe my growth over the past several years to the south, I have heard and felt the nudge from God.

Go. Go outside your comfort zone. Go, and don't look back.

While the South will always be home to you, the city life is calling you.