"Why is it so hard for developers to be consistent with the quality of Sonic games nowadays?" - Juan (Johnny) Ortiz 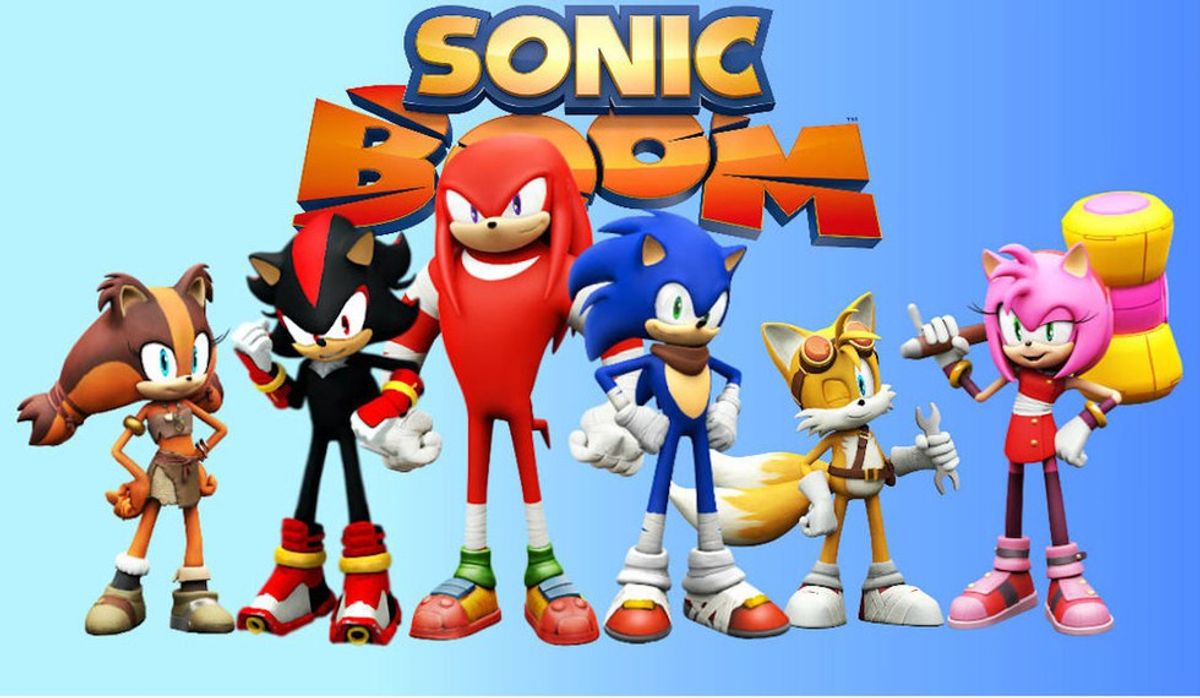 Where do I begin with this one? Well... What's the single most defining characteristic of a Sonic the Hedgehog game? If your answer is "speed," expect to feel cheated about three minutes into Rise of Lyric, when a high-velocity sprint through a linear jungle track suddenly gives way to repetitive robot-punching and plodding exploration. Yes, even I will understand your agony because the teaser trailer and the official trailer got me excited for this game. Then, when my mom bought it for me (as a birthday present) and I finally played it... I was automatically disappointed! It's jarring, and it's an immediate reminder that this isn’t a traditional Sonic game so much as it’s a licensed platformer based on the Cartoon Network show. Its gameplay resembles an off-brand Ratchet & Clank / Crash Bandicoot title (Fun Fact: Big Red Button Entertainment, which consists of former Naughty Dog employees that worked on Crash Bandicoot, made this game) – and while that doesn't automatically condemn it, Rise of Lyric is so aggressively mediocre that slowing Sonic down is really the least of its sins.

It's still a pretty big sin, though. Rise of Lyric – which tasks Sonic the hedgehog, Knuckles the Echidna, Amy Rose, and Tails (or "Miles Prower"... Get it?) with halting a robot apocalypse engineered by Lyric, a cackling and utterly forgettable cyborg snake – relegates high-speed running as one, small gameplay type, and pares it down to mostly linear skyways where your input isn't required... Except for collecting rings, dodging hazards, and simply watching as you're bounced between jump pads or funneled through loops. These sequences can be awfully pretty (when they're not bogged down by choppy animation or visual clutter), and despite their lack of interactivity, they're a fun, breezy change of pace – as well as the only place Sonic's signature speed will exist.

The rest of Rise of Lyric is split into simple brawling, open-world exploration, and linear puzzle-platforming stages that sometimes can be shifted to a 2D viewpoint. None of these gameplay styles move faster than jogging speed, but they do let you switch between the four protagonists at will, using their unique abilities to navigate character-specific obstacles. Amy has a triple-jump that makes her a more agile explorer than Sonic, and she can run and swing on glowing pink balancing beams. Knuckles can climb ruby-encrusted walls (That's right... Knuckles can only climb specific walls, in this game, instead of "ANY" wall). Tails can float and send out little robots to shut down otherwise inaccessible machinery. Sonic can spin-dash to zoom up curved ramps or bounce between hovering orbs. This game actually does a decent job of making sure you have plenty of opportunities to use these abilities, even though they don't get any speed throughout the majority of this monstrosity.

The heroes get a lot less distinct during fights, however. Combat is simple; Everyone has a single attack combo, as well as a midair stomp, a charged attack, and an energy tether that can lasso and throw enemies around. The combat's simplicity wouldn't be so bad if it were woven more naturally into exploration; instead, most of it unfolds in boring arenas, meaning robots attack in waves and you can't move on until they're all in pieces. It quickly becomes a chore, and it's not particularly challenging, either. The heroes have a shared pool of rings that act as their collective health meter, and while these are capped at 100, every environment in Rise of Lyric is filled to bursting with the things. Should you actually die, you'll just respawn nearby, with your enemies just as weakened as you left them. This cuts down any potential frustration, but it also strips out any trace of actual difficulty, meaning you're free to simply hurl yourself against enemies until they're all dead.

Finally, there’s the open-world gameplay, which consists of two huge hub-world villages. These are fun to explore at first, but apart from item-revealing construction projects and a handful of NPCs who want you to pursue inane side quests (like finding hidden herbs, or activating magical defense towers), they're pretty empty, and crossing their vast expanses of bland scenery quickly gets tedious. Being able to run fast would've been a big help here, but depressingly, it's not even an option.

Throughout its six-to-eight-hour runtime, Rise of Lyric is further dragged down by nearly every aspect of its presentation. Its heroes animate relatively well, but they also never shut up, continually tossing out banal one-liners that range from cheerful encouragements to excruciating "not!" jokes. The script is never ashamed to embrace drab clichés rehashed from seemingly every show aimed at kids ("I know your weakness, Sonic. It's your friends!" "They're not my weakness. They're my strength!"). It's also not short on technical issues, beginning with a finicky, sluggish camera and extending to frequently choppy animation, long load times, noticeable hangs during transitions between different areas of open environments, and even occasional crashes.

"Sonic is slow and you play as his friends" might be one of the most unappealing sentences I've ever said in my whole life, but it neatly sums up my experience with Rise of Lyric. Its exploration is so-so, its brawling is tedious, its characters are annoying, and the only stages where it feels like a Sonic game are the ones most likely to suffer technical problems. in my personal opinion, this entire game isn't in the "so bad, it's good" territory... It's 100% awful! It's thoroughly disappointing and unpolished, and while it does have a little bit of fun to offer, it's fun that's been done better in other games like the Sonic Adventure games and even Sonic Lost World!

At the end of the day, I don't even care if it's a spin-off or not because Sonic Boom: Rise of Lyric is one of THE worst Sonic games I've ever played in my entire life! Worse than Sonic Labyrinth, Sonic 3D Blast, Sonic R, Shadow The Hedgehog, and even Sonic '06... And that's a sentence I never thought I would say. Also, I'm surprised how the Cartoon Network show is still airing... Even when the game is sorta based off of the TV show. Yikes!