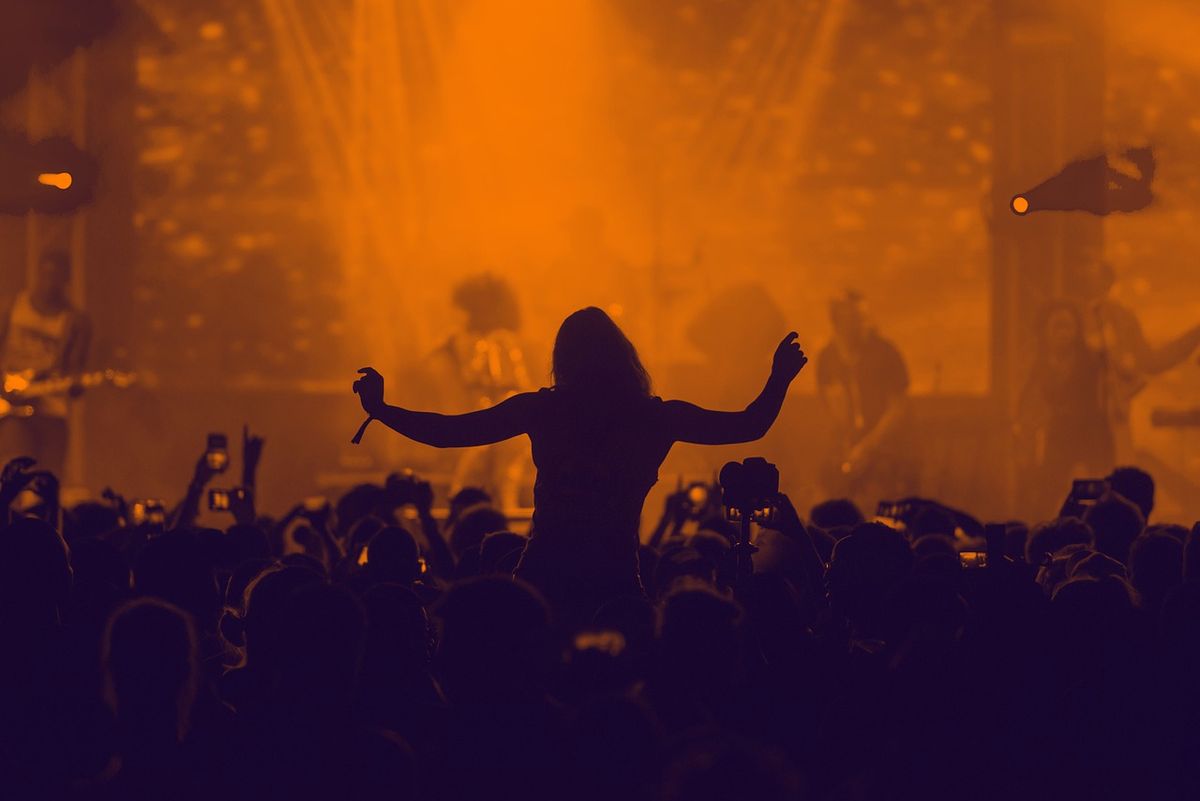 This is a new thing I'm trying out, an idea ripped off from one of my favourite podcasts, where I ramble on for however long about a specific song, why it means as much as it does, what works about it musically, and why it's lodged so firmly in my heart.

If you're a member of any marginalised community, you're probably pretty familiar with respectability politics. Maybe not with that phrase, but definitely having to seem nice and accepting and accommodating to the dominant group, just so your basic humanity will be respected. You see it with feminism, with people struggling for racial equality, and an area I'm pretty familiar with, the LGBTQ movement. We're told to not be so aggressive, to blindly stand behind our prominent public figures no matter how many valid issues can be had with them (Ru Paul, Leo Vradkar, Panti Bliss), to hide away our bi and trans comrades when the marriage referendum came around because it was "too confusing for middle Ireland," to out ourselves even when it could put us in material danger. Our trans and non-binary comrades are largely left out of the Repeal campaign and cis people go on about how bringing them up will confuse middle Ireland, despite how they're affected by the 8th amendment as well. We can't kick back against our oppressors, we're told to turn the other cheek, to "not mind" words thrown at us that are often the last words heard by people before being murdered, the words swimming through people's heads when they take their own lives after years of bullying and animosity in a world that views them as an aberration, a burden. When those who dedicated their lives to making ours more difficult pass away, those complicit in a system with the blood of people like me, a bi non binary person, in its hands, we're told not to celebrate, not to speak ill of the dead. We're told to vaunt the performative allyship of major figures who did so when it was most convenient, when those who shed blood, sweat and tears, are left burnt out in the cold. But then there's the straight and cis people who're willing to stand up and hit back, willing to stand by us, no matter how many people that pisses off. People like those I'm friends with, and bands like Touché Amoré, with their song wehatefredphelps.com.

Although punk is notable as a genre that's willing to be political, and willing to accommodate minorities, it's still got all the issues present in greater society, enough LGBTQ musicians in that scene have spoken about either animosity towards them writing about things that affect their lives because it's "boring" or "not relatable," or outright hostility towards them being there in the first place. In this song, taken from their self titled demo, Touché Amoré hit back at the Westboro Baptist Church and its leader, Fred Phelps, who died around this time four years ago. The Westboro Baptist Church might be an easy target for ire, being the public and quite blatant face of homophobia in America with their protests at funerals and signs, but much of that ire was dedicated to mockery or "down with this sort of thing" to throw in a timeless Irish meme, few bands went in with the level of venom that Touché did on this track. It's a fairly basic screamo song in structure, building from a drawn out intro to a pounding, dense storm of screaming and riffage, only one minute fifty seconds in length, pretty safe terriotry if you love bands like Orchid, Raein or Comadre. Where the strength lies is in the lyrics and Jeremy Bolm's delivery. They proclaim at the start they've a message for old Freddy boy, and they don't need his legion of arts and crafts loving bigots to do it. That message is that he's fucked, his whole cult is fucked, his abuse of religious texts to abuse a vulnerable minority is wrong, and the afterlife destination he believes all LGBTQ people are going is where he'll end up. Its climax is the most powerful part, Bolm screaming "we'd love to see you in the ground" over the crushing breakdown. Though a lot of people have taken shots at the man, few prominent people (although they were still a small act upon the release of this song), were willing to do so with such righteous indignation. Because they realise something a lot of people somehow still don't: homophobia kills.

A lot of the LGBTQ music that comes to prominence is of the happy, sassy, romantic and prideful variety, and I do respect that and quite enjoy a lot of it. Our lives can be tough enough, sometimes you just need to put on something to dance to, or something to listen to while you drink cups of tea and think about all the pretty people you want to kiss who would shock your granny if you came home with them on your arm and said "wedding's in six months, afterparty in the George, whack out the glitter n throw some shapes Nan it's gonna be great". But anger's part of the experience too, it's not an easy one to talk about, it's not a pretty one to put on display, but it's so vital. And in terms of allyship, though I'm loathe to cunt off Macklemore's "Same Love" as all that discourse has been had, and if it got some normal people to be not homophobic I'm happy, it's a song like this far more than "Same Love" that made me feel like people had my back when I was dealing with homophobia. It's a song like this that was there for me when I'd leg it home feeling extremely unsafe and at risk for how I was presenting. It's a song like this that makes me feel like kicking back against the pricks isn't a waste of my energy. A barely under two minute screamo song off a demo released on MySpace it might be, but it has so much power and importance, and that needs to be recognised.