Solace In Fantasy: An Analysis Of The Diving Bell And The Butterfly
Odyssey

Solace In Fantasy: An Analysis Of The Diving Bell And The Butterfly 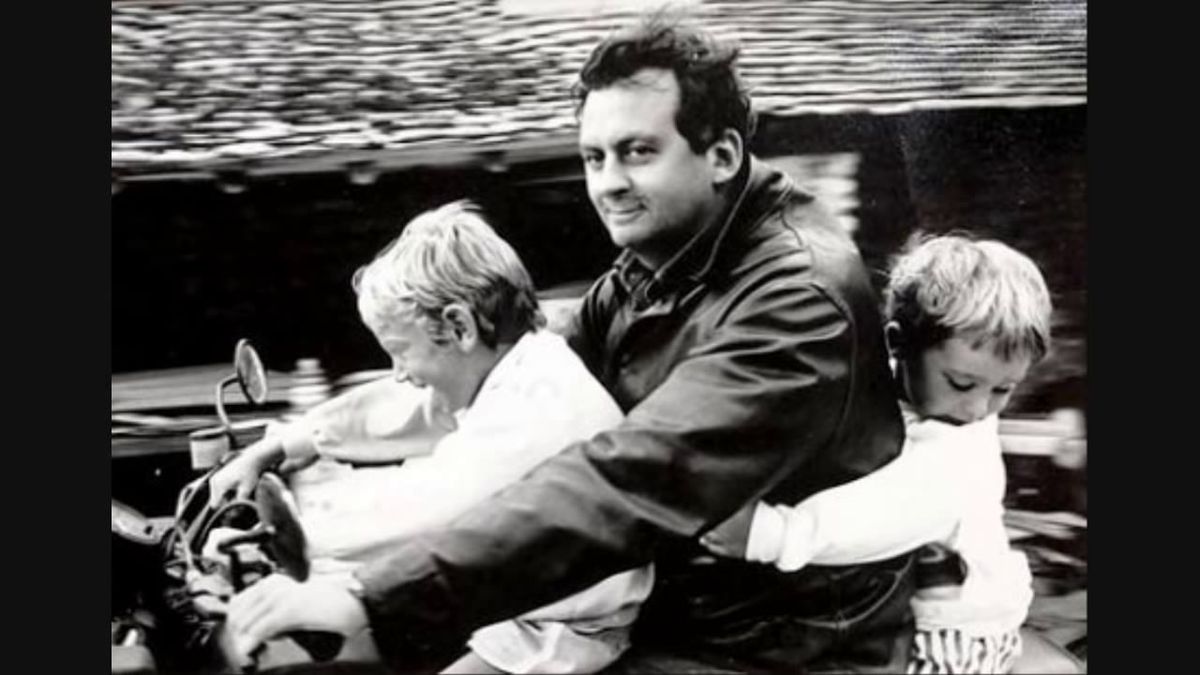 “I wanted this film to be a tool, like his book, a self-help device that can help you handle your own death. That's what I was hoping for, that's why I did it." - director Julian Schnabel

The 2007 biographical film of this story was also captivating and revealing, offering a unique story about a French fashion magazine editor in his mid-adulthood (and the author of the international best seller on which “The Diving Bell and the Butterfly” is based), suffered an extreme affliction called “locked-in syndrome.” He still had vision and hearing, but apart from turning his head and blinking one eye, and his mind working perfectly, his body was essentially paralyzed. He could not move or speak, locked into his cluttered hospital room in in Berck, a wind-swept seaside town in northern France.

Initially the story consists of reflections and an awakening to revelations in lieu of his injury’s effect on what matter. Eventually, the reflections turn to actualization, as does Bauby, with regards to his imaginative state of mind and frozen body. The story continues, utilizing metaphors, in which he describes the “diving bell” as his physical body, a sinking weight, literally “locking him in.” Conversely, he re-discovers his imagination as a free-flowing enigma capable of infinite travel across time and unquantifiable space, a butterfly. It’s actually quite beautiful.

Schnabel has applied his heavy visual sense to create a distinctive feel for his movie, part magic lantern (famous to French story telling since a long time), part hallucinatory cloud of smoke, he sinks along from which float up memories for air, fantastical constructions and visions of an ironically content past. Between these intermingling layers of memories and imagination, Bauby can escape his condition, and drive the narration and plot to the film. These images drift past his field of perception, and portraits at times sobering melancholy or indeterminacy will suddenly snap shut as we are reverted back clinical reality as intermediate pauses, shallows between heavy tides. The common theme, however, is freedom; the self-liberation of a sinking soul. But Schnabel is not content with simply stating or dramatize this idea, only to be chocked up to another run of the mill hospice reflection film. Rather, he demonstrates his own imaginative freedom in every frame and sequence, utilizing expository narration as foreground to a limitless existential fruition, really some good stuff.

The director has a history of focuses on an artist’s detached vision of the world, loves the odd angles with subtle acknowledgment (past two films- Before Night Falls and Basquiat, are excellent examples). Schnabel's sleepy, drifty, at times morbidly funny film tackles something more ambitious, by getting into the head of someone who's trying to get out of there himself. Movies like this are biographical, examining the lives of real people, and in each case the protagonist struggles with a condition of literal or metaphorical imprisonment.

For example, “in the opening scene, Bauby is peering through one eye, with wavering vision- images that are clouded, as are the voices that he is trying to interpret. This striking perspective offers a potential glimpse into a reality that many of our patients experience as they arouse from deep sedation after surgery, or, a catastrophic event such as a stroke.” (2007)

The film demonstrates an ability to work under the rather ‘pov’ perspective with Bauby with both stylish content and beyond necessary constraint. Waking up in hospital learning that he's been in a coma for three weeks, constant flux into flashbacks, it contrasts his current condition with his earlier life, and briefly, glimpses the fantasies that keep him moderately sane in a view that makes even the audience claustrophobic. Bauby relies on imagination and memory to achieve a sense of zen in his grim moments of a free-flowing existence outside the necessity of time.

When a flashback shows him in his pomp, breezing into a fashion shoot, dishevelled and grimy as only a very celebrated or handsome man can afford to be, he radiates peace of mind. His story is a terrible demonstration of our bodies as fragile and our lives expendable.

Another flashback shows a "dirty weekend" he tried to have in Lourdes - the location is beyond irony - with his mistress Inès (Agathe de la Fontaine); something in the place's religiosity and piety kills their relationship. A grizzled old trinket vendor and a priest to whom Bauby is later unwillingly brought are significantly played by the same actor: Jean-Pierre Cassel. The guy has little to no regrets on his past choices, though he didn’t have much of a relationship with his father so who could completely blame him. Before his stroke Jean-Dominique led a life of glamour, pleasure and self-indulgence, for which he never apologizes.

As we come to understand in the course of this fierce and lovely film, his existence is not that of a soggy carrot but rather of a garden, a hothouse of consciousness, memory and elated imaginative fireworks. His sometimes twitching, antic physicality makes the character’s immobility all the more painful. The hospital is shown as cluttered and claustrophobic, beginning with a hazy and panicky perspective, paradox of a mind in conflict when he needs to express himself more than ever, stirred in this cage, using fond memories to not go insane. But “The Diving Bell,” true to its hero and its literary source, is neither morbid nor mawkish, he remains a sensualist and an intense literary wit in his narration.

Bauby’s story is a compelling personal journey and both formats of book and film can serve as powerful educational tools for students. Case studies and textbooks are essential to teach the science/physiology behind injury but lack the ability to provide a meaningful resource for students to begin to comprehend their patient’s experiences. Too often, healthcare professionals focus on identifying what is “wrong” (pain, impairment, functional limitations), then develop a plan to “fix” those things. Less often do we seek what truly brings our patients hope and freedom from whatever physical limitations they may experience If we, as healthcare professionals, can allow ourselves to look beyond the notion of “fixing” an individual, and promote self-efficacy within our patients, we might just discover a mutually freeing experience.