Stop staring at a screen all day! 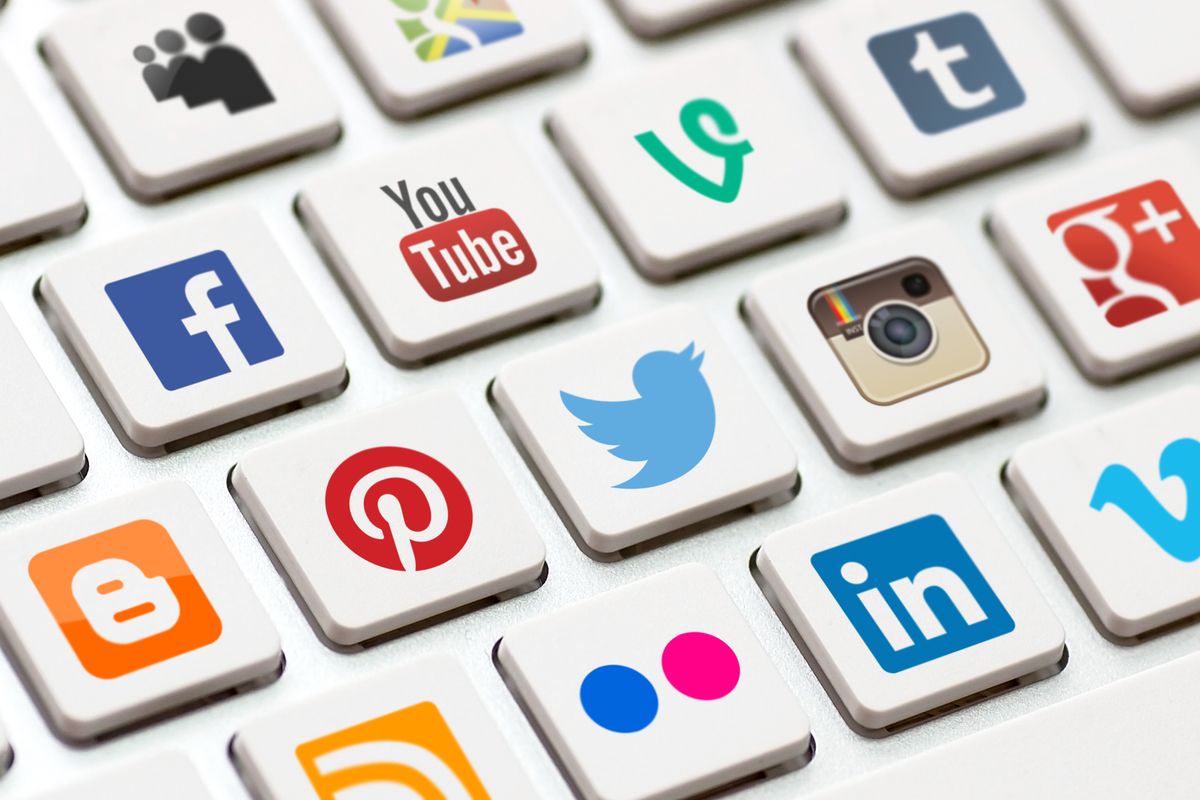 The growing popularity of social media networks and applications has had many positive and negative implications for society.

While there are countless exciting improvements in technology and social media have greatly increased communication across cultures and positively brought attention to events around the world, it is imperative that we examine the negative implications that social media usage has had on the human experience.

The overuse of social media is a global problem impacting all generations, and research has shown that substantial internet usage can have a highly negative impact on our mental and emotional health.

As the popularity of social media sites continuously grows, networks such as Twitter, Facebook, and Instagram continue to evolve. Three positive implications of social media include advertising, networking, and self-expression.

From an advertising perspective, social media offers a great outlet for charities, businesses, and individuals to promote themselves. Social media can be used as an outlet for global organizations to bring awareness to the causes they support and spread positive news that traditional media often doesn't cover. In addition to making advertisements more accessible through social media, these networks have helped foster relationships and connect people around the world.

Social media also allows for self-expression and can serve as a creative outlet for individuals to express themselves, share their artwork and share their voice on specific topics. Being able to express yourself in a healthy way is a very important part of the human experience, and social media can be a great outlet for young adults.

An additional benefit to social media includes following inspirational social media accounts, such as fitness or health inspired Instagram accounts, which can be motivational to followers.

While social media has greatly benefited society, too much of a good thing can always lead to negative effects.

Heavy technology usage often leads to addiction, especially in teens and young adults. However, this addiction is not limited to the millennial generation, as more and more adults from older generations are starting to utilize social networks to stay connected with their friends and families. Spending countless hours on the social sites can distract the focus and attention from a particular chore or assignment.

Along with the struggle to remain attentive, many people who overuse social media or use social media networks as their main form of communication report feeling anxious and depressed after overuse of social media.

Symptoms of anxiety, depression and obsessive-compulsive disorder can be triggered by the overuse of social media, as individuals are constantly concerned about their posts and communicating with others.

Social media also causes many young adults to compare themselves to others and envy a life that may not be attainable since many brands and individuals only share a small percentage of their lives online. It is important to remember that an Instagram or Twitter may just be a reflection of the "best" parts of a person's life and isn't an accurate representation of them as a whole.

It is imperative that teens and young adults remember that social media does not always portray the whole story and that having genuine communication skills is more important than social media.

Allowing social media to prevent you from experiencing genuine human experiences, such as spending time with your family or spending time outdoors, can be very unhealthy.

In an article entitled "Tweets, Texts, Email and Posts," author Tony Dokoupil explores the story regarding a man named Jason Russell. Russell forwarded a link to an internet documentary called “Kony 2012," which shared his deeply personal web experiences regarding African Warlord Joseph Kony. The film received more than 70 million views in less than a week.

While the film brought awareness to the issues facing African children and child soldiers, the sudden fame had a significant impact on Russell. Russell began obsessing over the number of views received and eventually underwent what doctors now call a temporary psychotic break.

After posting a quote by Martin Luther King, "If you can't fly, then run, if you can't run then walk, if you can't walk, then crawl, but whatever you do, you have to keep moving forward," Russell took off his clothes, went to the corner of a busy intersection and repeatedly slapped the concrete with both palms ranting about the devil.

This is just one example of how social media can have both positive and negative implications on an individual, as the fame has caused severe mental health implications for Russell, but also brought awareness to a growing epidemic of child soldiers.

While I personally have not experienced mental health implications over the number of likes I’ve gotten or have not gotten on a post, I do tend to “obsess” over it. If I don’t receive the desired amount of likes on a picture I have posted on Instagram, I’ll just delete it.

The more likes I get, the better I feel about myself.

This is something I have been trying to work on since the number of likes I get shouldn’t affect how I feel. Many young adults equate a part of their identity or self-worth with the number of likes they receive on a post and forget that a post does not define who you are as a person and should not change the way you view yourself.

Since I started college, I have extensively examined the effects that social media has on a person. Specifically, I have explored how social media usage affects my own generation. It may seem obvious, but I’ve noticed that I do best in classes when I am on my phone less.

Even though this may seem obvious to you, sometimes it’s the most simple thing that we overlook when it comes to social media usage. I have strongly considered joining the “unplugging” movement, but I can’t bring myself to do it. If that doesn’t say something about the effects that social networking sites have on a person, I’m not sure what will.

Unplugging is taking yourself off of social media outlets such as Facebook, Twitter, and Instagram. Even though my social media usage has become less of a problem, I still struggle with remaining off my phone and being involved in the “real world."

Social media has impacted our society for better and for worse.

It is up to us to decide how we view social media and how we allow social networking to either benefit or harm our lives. It is imperative to remember that the genuine human experience of being able to communicate in person, network in person and form relationships with others outweighs social media. It is also important to remember that the number of likes or shares you receive does not define who you are or your self-worth.

The more educated I become and the less time I spend on social media, the more I realize that there is a lot more to life than sitting behind a screen all day long.

Nicole Marie Nigro
Individual Creator
7513
c1.staticflickr.com
Where to start...... Let me start with the cliche that life throws us curveballs and what we do with it is what counts.