Social Media Has Turned Into A Constant Source Of Sports News

I do not even know where to begin when it comes to the NBA, I mean you get notifications about when Lebron James eats breakfast, lunch, and dinner... it's wild. 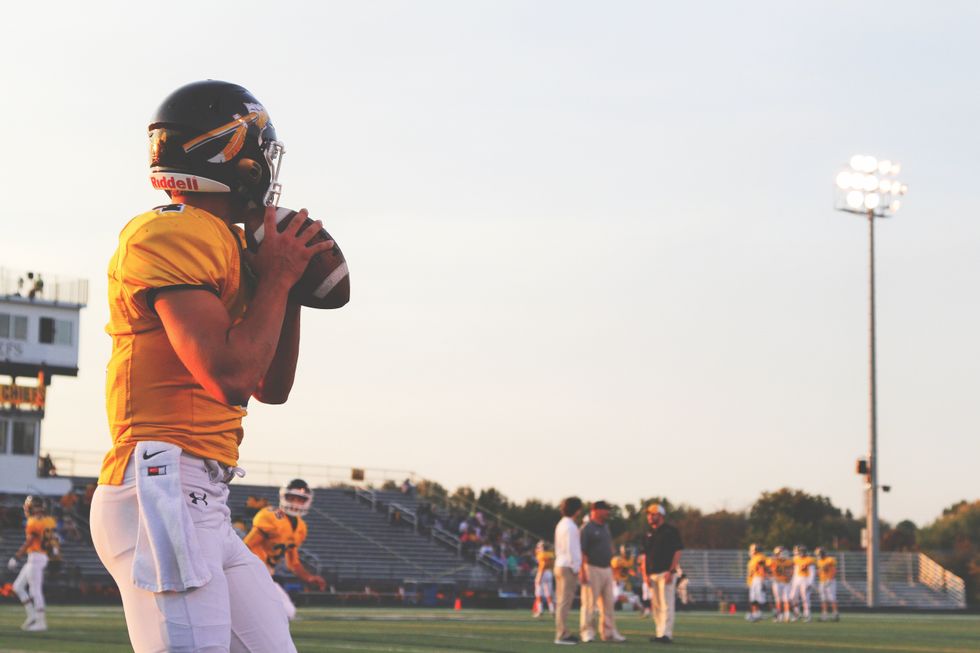 Social media and sports apps have changed professional sports fandom in a numberless amount of ways since the early '70s. I receive a sports-related notification on my phone about sports every 5 minutes. Any sports fan would say that is not crazy at all, that getting a notification every five minutes is actually quite normal but is it? The other day I was thinking how did fans back in the '60s, '70s, '80s, '90s, and even the early 2000s get their breaking sports news? It is almost impossible for me to think of a time in which I would not have every second of sports news at my fingertips.

I have about 11 sports apps on my phone. Three of them being generic sports apps that cover everything sports like Bleacher Report, ESPN and CBS Sports. The other apps I have consist of my favorite sports teams. I legit know everything and anything going on with my teams every day every minute because of all of these apps. If I want to look for news on the Mets, I have four or five resources I can go to and find out news, stats, schedules, rosters in a matter of seconds. Like I said before there is no shot, I could see myself without that being as big of a sports fan as I am.

I mean these reporters have great sources, sports news today gets out on these apps and social media before teams even officially announce them. I still remember the 2018 NFL draft, I was getting updates and notifications on my phone about who was getting picked before the commissioner even got to the podium. It was so bad me and my friends turned all of our phones off for this year's draft. It was honestly ruining it for us.

That leads me to the next point. I did some research and asked some questions to find out just how fans got their breaking sports news back in the day. First, radio was huge. For the New York Market, when Sports radio 66 WFAN was founded it was groundbreaking. Fans finally had a radio station to turn on and get all of their sports news. WFAN was created in 1987, so although its 32 years old, it's still fairly recent, so I did some more searching. I then fell across ESPN. ESPN first aired in September of 1979. Having a television station devoted to all sports was probably great for fans in 1979. Now they could turn on their tv and get news on all sports all the time. ESPN changed the sports world, especially with the addition of Monday Night Football. Being able to have a station that would start airing sporting events, as well as sports news, was never seen before.

For most people sporting events were aired on local channels, like channel 2, 5 and 11 on the East Coast. But still, before 1979 what would fans do. Well, the most information I could gather up involved in the newspaper. I have not and do not think I will ever get my sports news from a newspaper. There is no shot I'm going into a gas station or convenience store picking up a newspaper just for the sports section. However, that is what people back pre 1979 had to do. Think about this, if a player threw a no-hitter and you weren't listening to the game or watching on tv, there was a good chance the only way you would hear about it was from friends/family or by picking up the newspaper. Wild. I mean know we get updates every inning from the 6th inning if a player has a no-hitter going. That is the change in 50 years.

After researching how people got their sports news it made me think about just how much has changed. I already have touched on how many notifications I get and how I could never see myself go buy a newspaper just to get sports news, but there is also a part of me that believes that might be better than what we have to do. I mean there are sometimes when I receive so many notifications, take in way too much information and I do not know what to think. Social media has created so many rumors, predictions, stats that there are times I do not know what to believe. I mean you can follow your favorite players on Instagram and Twitter and legit know everything about their lives as you would a friend. Kind of cray. During the NFL offseason, I literally sent a text message that Leveon Bell changed his twitter page color from gold to green. That was a big deal for me because I am a Jets fan and obviously the Jets team color is green, so naturally, I believed he was going to sign with the Jets because of that change. Looking back, that is wild and that is how crazy sports news has become. I do not even know where to begin when it comes to the NBA, I mean you get notifications about when Lebron James eats breakfast, lunch, and dinner... it's wild.

I am not going to sit here and say that I do not enjoy having the sports world at my fingertips, but I do have to say I wouldn't mind if there was a little less out there. I think I would appreciate signings, trades, team news a little more. I thought to myself imagine me just waking up one day running to the store picking up the newspaper and seeing the Jets signed Leveon Bell, rather than getting 100 notifications and tons of text messages. It probably would be so cool. Unfortunately, I will not get the chance to do that, partly because I do not want to, but also because I am pretty sure by the time, I am 30 there will be no such thing as a newspaper, everything will be digital anyway. So basically, it is safe to say that sports fandom has changed dramatically in 40+ years, every fan has every aspect of their teams and sports in general at a click of a button. Twitter, Instagram you can follow your favorite players' teams and get constant news. It is a beautiful yet sad thing all at the same time. I think the younger fan relishes in the fact this is the truth and the older fan can care less.