A Task Force and Social Equality Program Are Coming To Tempe.

A Task Force and Social Equality Program Are Coming To Tempe.

Tempe is creating a Public Safety Advisory Task Force and a program to help the lives of the youth in communities of color and other vulnerable populations. 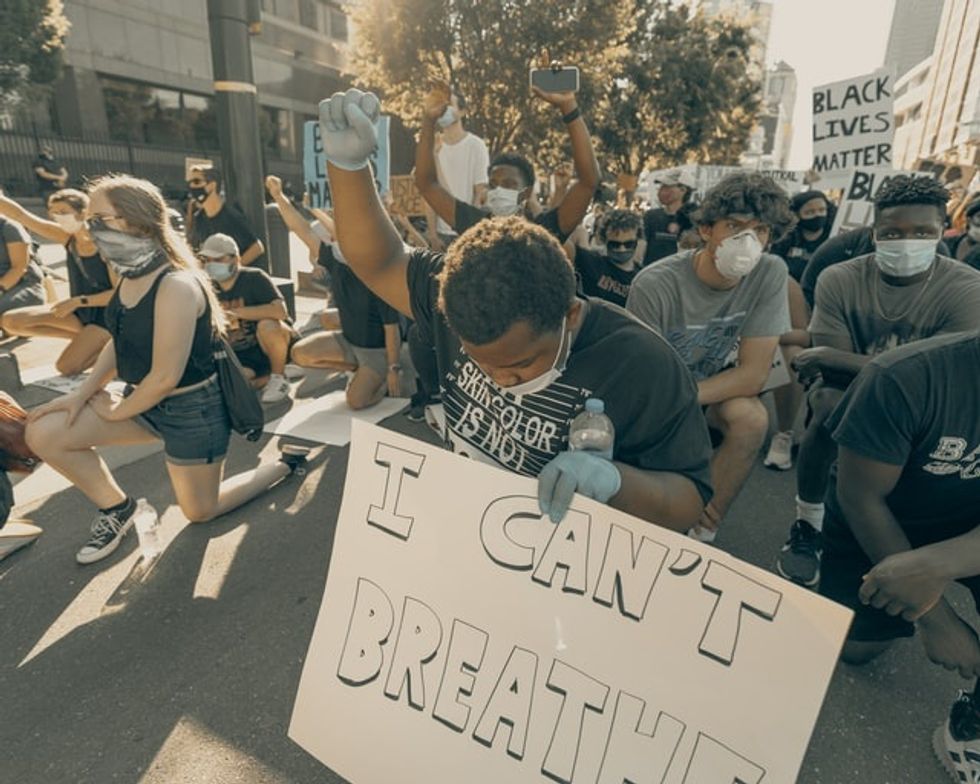 Tempe paves the way for social equality with a new safety task force and a proposed plan for kids in the community.

The year 2020 has sparked social movements and protests for social equality in Arizona.

Is this making an impact in our state? Are voices being heard?

The city of Tempe is listening and making a change for its people.

The primary goal: build trust, accountability, and dialogue between the community and the Tempe Police Department.

The task force members come together in six focused conversations about policies, training, hiring, policies, and how the city engages with people.

Jacob Raiford, task force member and communications director for The W.E. Rising Project, explains that the task force provides a "guiding light" of Tempe policies that should be adopted.

In the task force's first meeting, the Interim Police Chief Jeffrey Glover said that his team is entirely open to listening and hearing what all the community members have to say.

"I know that you're [community members] going to have really important dialogue and initiatives that you want to see come from the police department," Glover said. "And we want to be there to support any of the ideas."

There are uncomfortable conversations or disagreements and moments where people rally behind ideas, Raiford said. However, everyone is being respectful and heard.

"With the tough conversations we've had, everybody is getting their consent in regardless of the subject matter," Raiford said. "It's all initiated progression."

The public task force has only two meetings left to advise a successful plan. They are starting to flesh out ideas and perspectives that will continue into the next meeting

When all meetings are complete, they plan to have a strategic plan expected in January 2021.

"The Right to Breathe" Program

The Strategic Management and Diversity Office questioned how to positively influence the lives of Tempe's youth from communities of color and vulnerable populations.

After conversations with the Human Relations Commission, the African American Advisory Committee, and the East Valley NAACP, "The Right to Breathe" plan was the answer.

According to Tempe's Diversity Department, the absence of services and opportunities can affect a youth's life immensely

Tempe's plan hopes to make a difference in these situations, from poverty and trauma to financial education and graduation.

Why is the proposed plan named "The Right to Breathe"?

Jonae Harrison, Equity and Inclusion Manager of the Diversity Office, explained that the diversity department was asked what to do as a city in response to the death of George Floyd. They didn't want to do a candlelight vigil because one of Tempe's young community members, Antonio Arce, died around the same time.

"We really need to take action ourselves," Harrison said.

Around the time of George Floyd's death, the news showed other states and countries fighting for social equality and movements holding up "I can't breathe" signs. To Harrison, that meant we were looking at more than just police reform, but systematic reform.

"The idea behind the title is that breathing is the very essence of how we thrive," Harrison said. "Everyone has the right to breathe and not just the basics of it, but to thrive in the city of Tempe."

Director of Strategic Management and Diversity Rosa Inchausti helped with the idea and plan's name. Harrison said they both knew they had to be bold and make a statement that lasted for all times.

There are three steps in "The Right to Breathe" plan: First, a Failure Analysis will be provided to City staff and other important groups. Second, the creation of data-sharing partnerships through data-sharing platforms. Third, collaboration with local loan fund to provide financial inclusion and education services.

Together, these steps will allow Tempe to focus on the underlying contributors to deaths and separation in the youth of color and youth from vulnerable communities.

"When your kid's generation asks what was this about, it's not just about the police," Harrison said. "It's about every young person having the ability to do well in the city they live in."

Currently, the diversity department is working with all the city departments to formalize the content of the plan.

After the city has a draft of what the plan will look like, then they will bring it over to the external community involved to revise it.

The hope is to have the plan launch in the fall of 2021, Harrison said.