Unicef's Soccer Aid Brings Together One Direction Members On Hiatus
Odyssey
CurrentlySwoonLifestyleHealth & WellnessStudent LifeContent InspirationEntertainmentPolitics and ActivismSportsAdulting
About usAdvertiseTermsPrivacyDMCAContact us
® 2023 ODYSSEY
Welcome back
Sign in to comment to your favorite stories, participate in your community and interact with your friends
or
LOG IN WITH FACEBOOK
No account? Create one
Start writing a post
Entertainment

Unicef's Soccer Aid Brings Together One Direction Members On Hiatus

Niall and Louis go head-to-head in a charity football match. 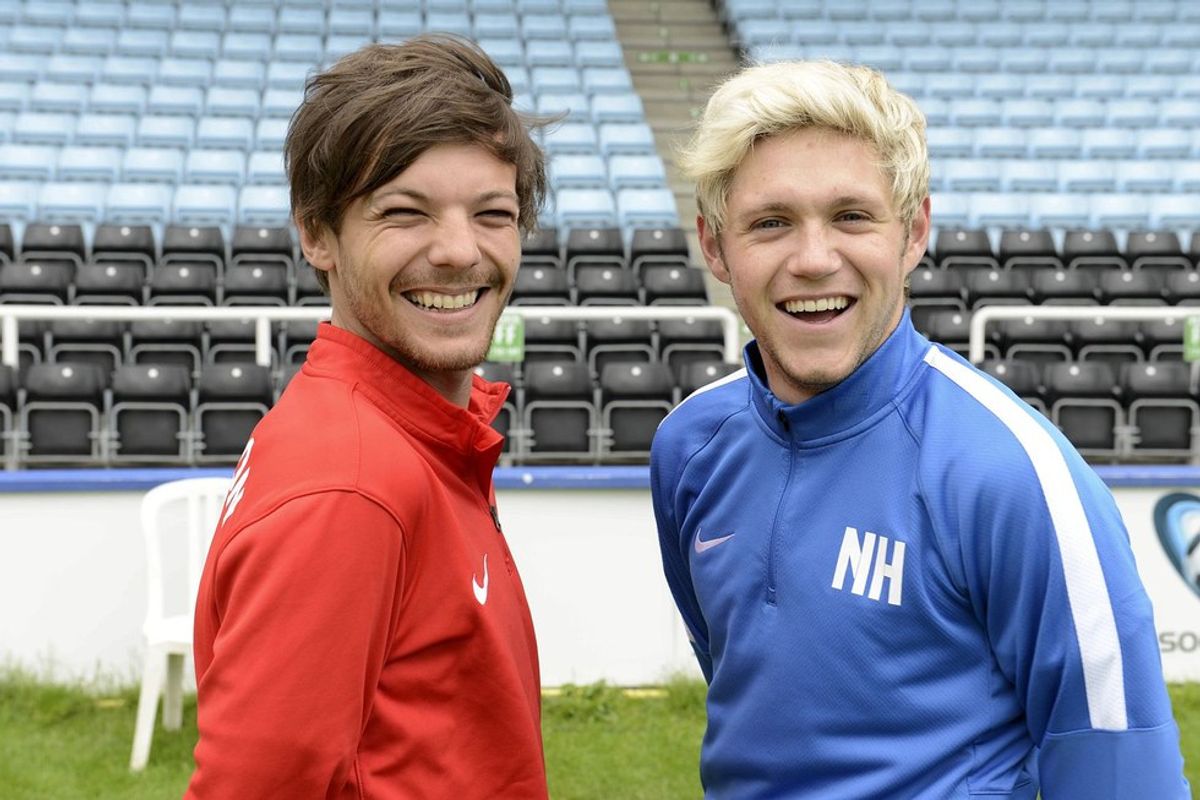 This year, Unicef is celebrating its 10th year hosting Soccer Aid, a biannual charity soccer match that helps raise money for Unicef's work for children. This year, Soccer Aid will be held at Old Trafford on Sunday, June 5 to help raise even more money to save and change children's lives.

The two teams are made up of celebrities and famous footballers (or soccer players, depending on your location) from England and the rest of the world. According to Soccer Aid's Team Lineup, One Direction's Louis Tomlinson, popstar Olly Murs, actor Damian Lewis, TV personality and Heart FM radio host Mark Wright, pop star and presenter Marvin Humes plus television presenters Paddy McGuinness and Ben Shephard will be joining the England team as England's Celebrities. Comedians Jack Whitehall and John Bishop, McFly's Danny Jones, and TV Presenter and Heart FM DJ Jamie Theakston in goal will also be joining the Celebrities.

The Rest of the World team will be managed by Leicester City's Claudio Ranieri with One Direction's Niall Horan as Assistant Manager. Unicef UK Ambassador and actor Michael Sheen will be the team captain and will be backed up by popstar and presenter Nicky Byrne, Kasabian guitarist Sergio Pizzorno, Glee actor Matthew Morrison, Game of Thrones' Iwan Rheon, Coronation Street's Shayne Ward and presenters Rickie Haywood-Williams and Sean Fletcher. Legendary jockey Sir AP McCoy and former rugby stars Thom Evans and Gareth Thomas are also part of the team, along with returning goalkeeper Patrick Kielty.

This will be the first time Niall will be managing a team since 2014 when he, Louis, Harry Styles and Liam Payne, along with many other celebrities, played a charity match to raise money for Mullingar-based charity Irish Autism Action, UK charity Heart and Minds Challenge and the Leicester City Foxes Foundation. However, this is the first time two members of the biggest boyband will be going head-to-head in a match.

The lovely boys teased us with pictures on Thursday, June 2. They've also been teasing each other throughout the training sessions, with Louis saying he'll "go for Niall's bad knee" when Niall pops into the game. He, then, corrected his statement saying, "I'll aim for the other knee. It'll even him out." But we know it's all banter... I mean, look at the fond?

They can't even glare at each other without a hint of a smile. My tiny cherubs.

You can donate to Soccer Aid here. Any donation you make to Soccer Aid to support Unicef UK will be matched by the UK Government, up to a total of £5 million, to help transform the lives of children in danger.