5 Slogan Ideas For March For Our Lives
Odyssey
CurrentlySwoonLifestyleHealth & WellnessStudent LifeContent InspirationEntertainmentPolitics and ActivismSportsAdulting
About usAdvertiseTermsPrivacyDMCAContact us
® 2023 ODYSSEY
Welcome back
Sign in to comment to your favorite stories, participate in your community and interact with your friends
or
LOG IN WITH FACEBOOK
No account? Create one
Start writing a post
Politics and Activism

5 Slogan Ideas For March For Our Lives

Because a well-prepared sign can make you feel part of something big. 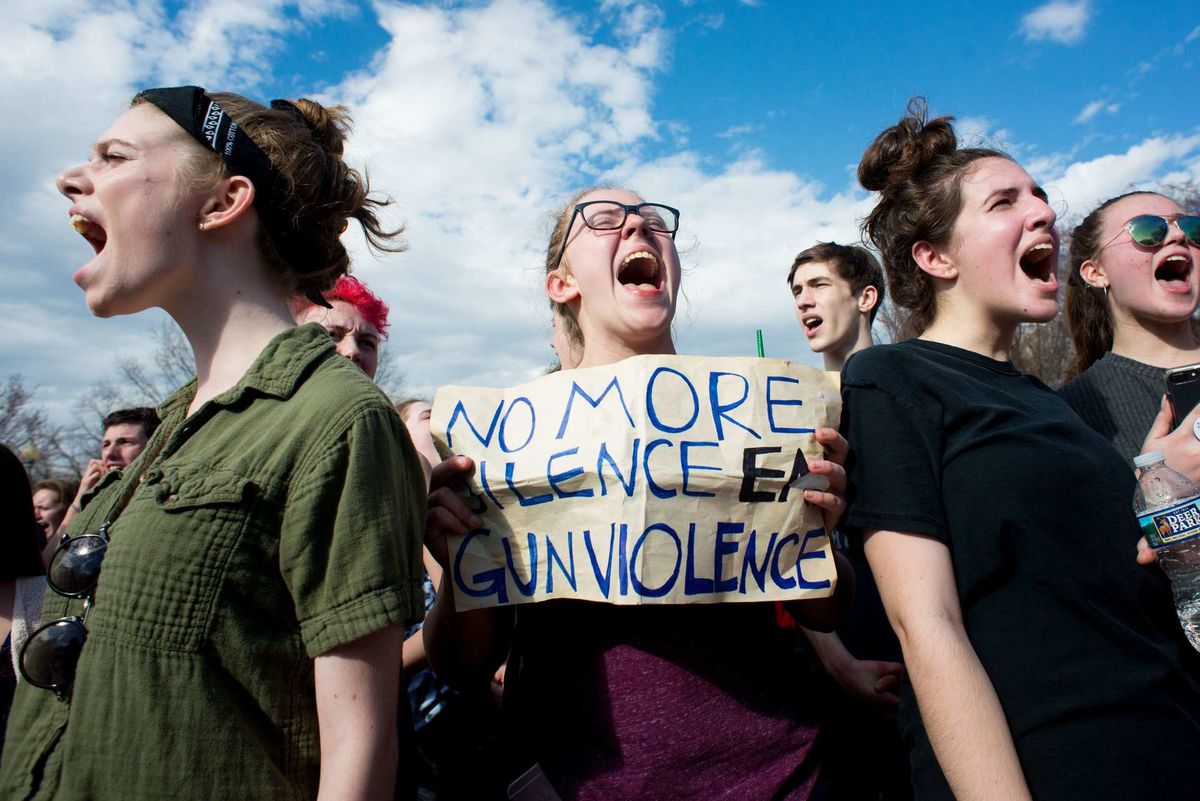 Tomorrow morning, there will be over seven hundred March For Our Lives marches happening around the country. This student-led movement will show how many people in the United States (gun-toting citizens, pacifists, Republicans, and Democrats alike) believe gun control is essential to our ability to move forward as a nation.

I stress the diversity of people who will be attending these marches because you shouldn’t feel that any aspect of what you believe in prevents you from lending your voice to supporting gun control. Too many lives have been lost to succumb to those pressures.

Now that that's been said, one of the ways I feel most prepared for a march is by making a poster. It’s not necessary, of course, but I find that it makes me feel better part of the march. It gets me hyped to participate in something bigger than myself, and helps me believe that my voice can make a difference.

Of course, it’s hard to determine what slogan on your poster will perfectly convey your feelings about an issue. How do you prevent writing a thesis? If you’re confused, here are five ideas to get you inspired for your own poster.

1. “History will judge us by the difference we make in the everyday lives of children.” Nelson Mandela

This movement is about the lives of the future generation. Don’t let people forget that their actions affect us, especially when it comes to the prevalence of school shootings.

2. Love is stronger than guns

I think this slogan shows that the obvious can often become hidden by those who are not affected by tragedy. Show your love for the survivors of school shootings and those who died before their time.

3. We represent America, and America says its time to value life over guns.

Even with the support of older generations, the youth of today are preparing themselves to change the United States.

Though simple, this slogan demonstrates the need to have a conversation about gun control. Why do we turn to sides in these times of tragedy? Why can’t we recognize the obvious and work to find a solution? Because no one wants to see the continued loss of life because of guns.

5. “Though she be but little, she is fierce!” Shakespeare

Nothing like a good Shakespeare quote to light the fire inside of you.

For the marchers tomorrow, stay safe and stay strong. Remember what you’re fighting for so that the weather doesn’t impede the progress you can make.