"I don't know, but I know that you are wrong!" is an absurd argument. 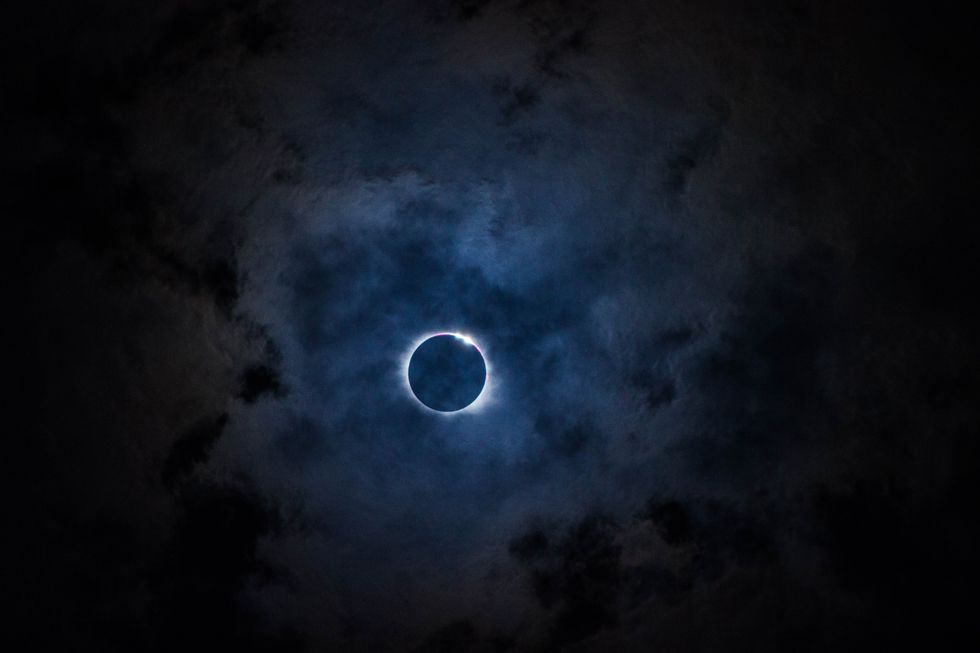 In the 21st century, it is often said that we live in a culture that is unfortunately marred by post-modernism and relativism and other ideas that are detrimental to culture and society. There is a shred of truth to this notion, but as philosopher William Lane Craig once said, the problem in America today isn't post-modernism but, ironically enough, modernism! Ideas that stemmed from modernism when it first began to take root in culture during the Enlightenment such as naturalism, scientism, and a general lack of reverence for religion are still very much at work in many hearts and minds not just in America, but all over the Western world, even dominating in places like the United Kingdom and Denmark.

I say all of this to serve as a preface for what the premise of this blog post will be, that is a hopeless argument against theism that has been proposed by all sorts of skeptics and atheists across Western academia. Recently as my Intro to Philosophy class at Vincennes University came to a close, my assignment was to write an essay on a speech that was given by the famous atheist thinker Michael Shermer at the California Institute of Technology in Pasadena that concerned his 2015 book "The Moral Arc" and explains why I agreed or disagreed with him.

As you can imagine, I disagree with Mr. Shermer's argument in the book and in the speech, which was basically that the less religious and more scientifically advanced mankind gets, the more moral mankind gets. I wrote what, if I am remembering properly, was a roughly 10-page critique of Shermer's speech, explaining why his argument, as I see it, fails.

One problem that was glaring and is glaring in every atheistic attack on theism and religion that I have ever heard is the problem of those pesky objective moral values and duties that cannot be reasonably accounted for on an atheistic worldview. Of course, Shermer's worldview could not and cannot account for moral facts and duties, yet he vehemently advocates morality and pushes people to be serious about morality.

But my issue with Shermer and most skeptics that I want to discuss in this post doesn't have to do very much with the Moral Argument for the existence of God or the atheist failure to account for objective moral values and duties. (A good resource on this subject though is the recent debate between William Lane Craig and Eric Wielenberg; check it out!) Rather, it has to do with an objection to theism that I have heard many skeptics make, including Michael Shermer in a debate he had with Christian apologist David Wood, that possibly may be explained by the following syllogism…

This argument seems to me to be a non-sequitur, meaning the conclusion doesn't logically follow from the premises. Premise two is definitely correct in that orthodox Christianity definitely affirms that a timeless, spaceless, immaterial, enormously powerful mind, or in other words God, created the universe out of nothing (creatio ex nihilo) and specially designed the universe and the earth. Premise one is true from the perspective of someone like Michael Shermer, a self-proclaimed skeptic, and editor of Skeptic magazine. Atheists do not believe that God or any gods exist and therefore are left with a naturalistic explanation for the origin of the universe.

Some say the universe came from nothing or created itself, but these claims are irrationalities and don't require any further discussion, as they defy laws of logic and are mere assertions that don't hold water.

Some atheistic thinkers like Stephen Hawking have proposed the multiverse theory, but there is literally no evidence for the multiverse and such a claim seems to me to wildly go against the principle of Occam's Razor, which essentially states "when you have two competing theories that make exactly the same predictions, the simpler one is the better."

But do you see the problem in thinking here coming from the skeptic's argument? The argument is basically this, in a nutshell: "I do not know where the universe came from or why it looks specially designed, but I know that your argument cannot be true."

Also, the skeptic, whether or not he/she realizes it, is assuming in this argument that science has the ability to answer every question that mankind may have, which is demonstrably false and has been shown to be false time and time again. Here is an example: If I tell you that last Saturday evening I had a bowl of chips and queso dip for supper and there isn't any way for you to verify it through scientific inquiry, it doesn't follow that I am lying to you or that it cannot be known what I ate. If you feel as if I am trustworthy, then my claim can be believed by you and wouldn't reasonably require scientific examination to come to a conclusion. Such a worldview isn't reasonable nor is it livable. The same is true with matters of philosophical inquiry. Consider this syllogism…

Clearly, if someone truly doesn't know something, then all plausible theories should be acknowledged and then carefully measured through reason and critical thinking. It won't do to just shrug off a theory because it isn't naturalistic and it pertains to the supernatural, as evidence suggests that supernatural claims are worth considering, given the reality of documented miracles, the reasonableness of the Biblical account of the resurrection of Jesus of Nazareth, and the likelihood that human beings have consciousness independent of the brain.