With Racism, Homophobia And Sexual Misconduct, 'Sixteen Candles' Deserves To Be 'Sixteen Canceled' 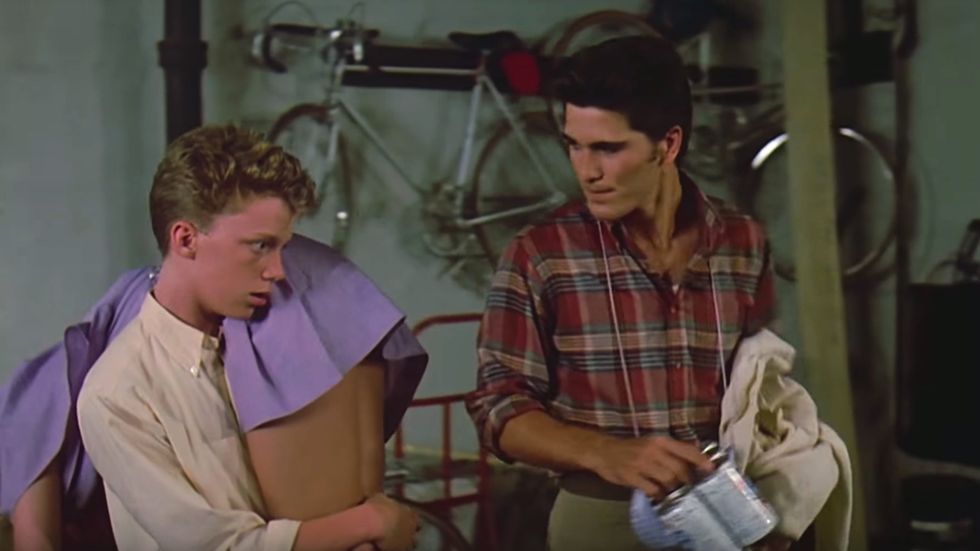 I love the 1980s, I really do. From the music to the over-the-top fashion to the at times outrageous pop culture. But there's one thing from this otherwise glorious decade that I absolutely loathe: John Hughes' "Sixteen Candles."

Don't get me wrong, on the surface, "Sixteen Candles" is a harmless teen romance film. Its main plotline focuses on a young high schooler, Samantha, whose parents forget about her 16th birthday because of her older sister's upcoming wedding. Meanwhile, Sam develops a crush on a popular senior, Jake Ryan, whom she tries to get to notice her.

"Sixteen Candles" is universally beloved and pretty much everyone has seen it at some point or other because it's just one of those "classic" movies that are still relevant even three decades later. It perfectly showcases all the things that made the '80s so great through tidbits such as Samantha's fashion-forward clothing and the soundtrack which features The Thompson Twins' "If You Were Here."

However, "Sixteen Candles" also showcases many of the things that made the 80's not so great through its rampant displays of racism, homophobia, and sexual misconduct.

"Sixteen Candles'" race issues are pretty obvious. The Asian foreign exchange student Long Duk Dong is essentially a caricature of negative Asian stereotypes. He barely speaks English, has a bizarre name that references male genitalia, and goes out of control once he is surrounded by American culture as seen through his crazed partying and sexual escapades. A little less obvious is the fact that the film features no non-white characters save the offensive portrayal of Long Duk Dong. These factors reinforce Hollywood's stereotypical, racist depictions of Asians as emasculated side characters that are meant to be laughed at because they are "different" or "strange." It tells Asians that they are somehow inferior, and it gives non-Asians a pass to reject diversity and tolerance of those who may appear different from them.

While there are no LGBTQ+ characters that are personally harassed in the film, characters frequently throw around gay slurs in conversation perpetuating the notion that queerness is a negative attribute. Although homophobia isn't nearly as large a motif as racism is in "Sixteen Candles," these subtle undertones still have similar effects for queer people as Long Duk Dong's performance has for Asians.

The abundance of rape-culture is perhaps "Sixteen Candles'" most dangerous flaw. The film's greatest offender comes in the form of a nerdy freshman named Ted. Ted repeatedly makes unwanted advances on Sam, but because he is a scrawny "geek," he is written off as harmless. Ted sexually harasses Sam and makes her visibly uncomfortable many times. He doesn't back down when Sam rejects him and bargains to get Sam's underwear, so he can brag about his sexual conquest as if Sam is a prize to be won rather than a girl with real feelings and emotions. And, to be honest, Ted's antics aren't funny, they're just downright creepy.

The reality is, Ted isn't harmless. He represents a breed of "nice guys," or men who believe they are entitled to a woman's body or companionship just because they believe they are better boyfriend material than the typical male. It's terrifying that Ted is meant to be a likable character because that only validates "nice guys'" grotesque code of ethics.

The issue with this sense of entitlement to a woman's body is that it often results in sexual violence, rape, and murder. So, when Ted violates Caroline, it's appalling but not surprising.

For context, Caroline is Jake's girlfriend whom he has grown tired of because of her frequent partying and his newfound attraction towards Sam. While at a party, Jake allows Ted to take Caroline home in exchange for Sam's underwear. Both Ted and Jake know full-well that Caroline is extremely drunk. Jake must physically carry her limp, unresponsive body to his car for Ted. There's no excuse when Ted makes out with Caroline he does so without any form of consent. Half the time she is with Ted, Caroline isn't even conscious and the other half of the time she is completely incoherent. She couldn't give consent even if she wanted to. It's sexual assault. There's no denying it.

If Ted's actions were portrayed negatively, that would be one thing. But, because Caroline is inconsiderate and a frequent partier while Ted is a "loveable dork," audiences are meant to root for Ted when he gets some action regardless of the circumstances. "Sixteen Candles" is set up so that Ted's actions are seen to be acceptable and thus it justifies violating people who cannot give consent or who are "asking for it." It's repulsive and dangerous because movies do shape our culture, and it's for this reason that we need to hold movies to a higher standard.

Even with all of this in mind, "Sixteen Candles" does serve a purpose. Watching the film in today's context, it is a great teaching moment for what is no longer acceptable. People have since spoken out about its injustices and their voices have begun to be heard. This includes actress Molly Ringwald who portrayed Sam and spoke about the discomfort she faced filming and watching some of her most famed John Hughes movies.

"Sixteen Candles" no longer sets a gold standard for teen romance movies as the Netflix original movie "To All the Boys I've Loved Before" follows a similar plot where a girl falls for a popular high school boy while a nerdier guy vies for her affections, but without the presence of racism, homophobia, or sexual misconduct to further its storyline. It features Asian and gay characters who don't fall victim to stereotyping and it doesn't have any questionable moments as far as sexual misconduct goes.

If anything, "Sixteen Candles" serves as a time capsule of sorts from a period in our history where racist stereotypes and sexual harassment weren't enough to keep a movie from becoming an instant classic. While our society is far from perfect, we have made tremendous progress in just the three decades since "Sixteen Candles'" release, and perhaps we need to keep looking back at it in order to continue moving forward.