13 Signs You Date A Boy In A Band
Odyssey
CurrentlySwoonLifestyleHealth & WellnessStudent LifeContent InspirationEntertainmentPolitics and ActivismSportsAdulting
About usAdvertiseTermsPrivacyDMCAContact us
® 2023 ODYSSEY
Welcome back
Sign in to comment to your favorite stories, participate in your community and interact with your friends
or
LOG IN WITH FACEBOOK
No account? Create one
Start writing a post
Entertainment

Every young girl wanted to date a boy in a band, and now you're living that dream. 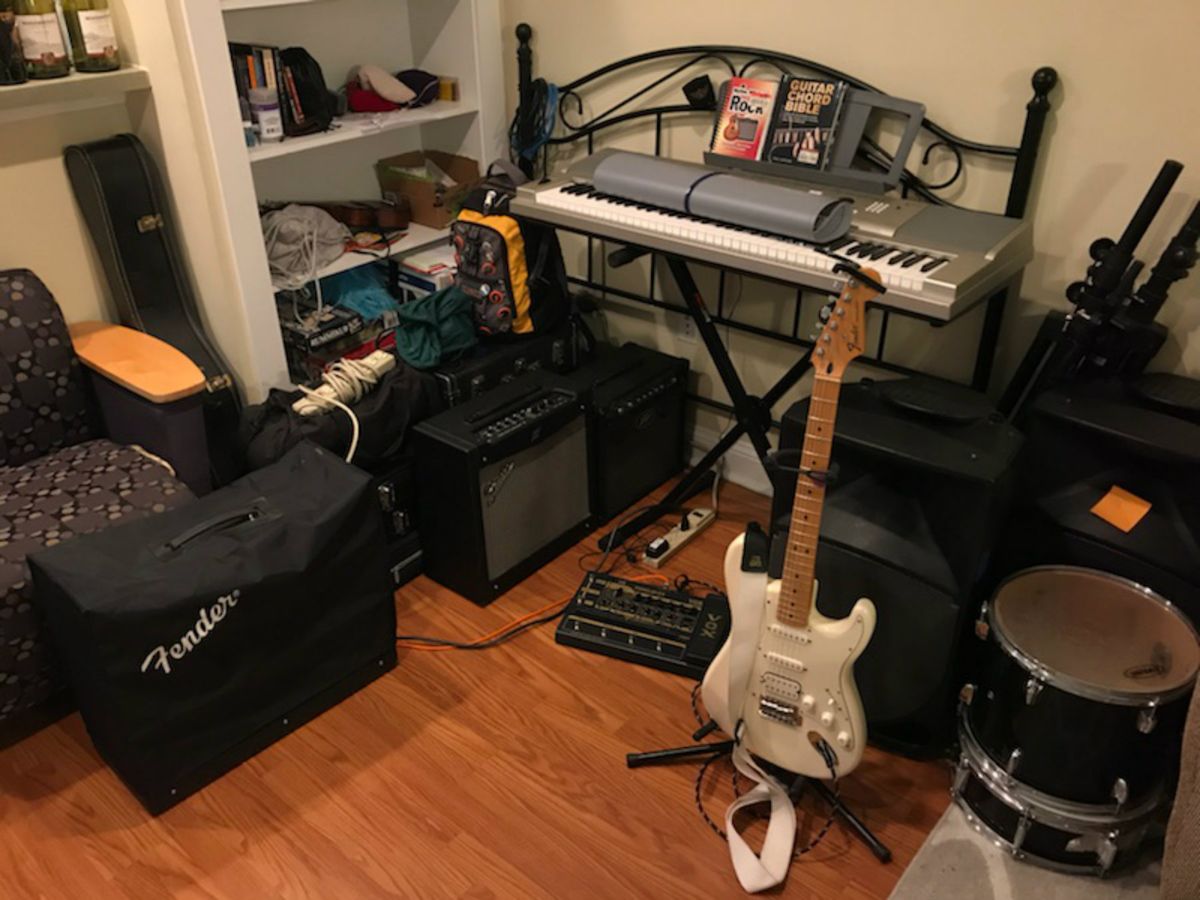 1. He randomly picks up an instrument at any given time when he's around you

He probably did it the first time you guys hung out, the first date, etc. and he's still constantly playing instruments around you. And you don't mind at all. He's good at it, he may play some special songs for you, and he's doing what he needs to (practice makes perfect, eh?).

3. He's tried showing you how to play his instruments

And even though you (probably) suck at playing any of them, he still thinks it's cute and appreciates that you do let him try to show you how to play sometimes.

4. You've been to their band practices at least once (or multiple times)

Sometimes you're there cheering them on, nodding your head, maybe dancing or singing along, but other times you just sit in the corner staring at your phone. But either way, you're happy just to be there and see your guy do one of the things he love doing.

And probably know every line and melody. And catch yourself singing or dancing along.

6. And probably own some version of their music (ex. CD, digital file, online, etc.)

And you've got it on easy access in case you wanna play their tunes or show other people your boyfriend's band.

7. You try to go to as many of their shows as possible

And you're front row, basically every time, too. Probably sporting some merch, taking some cool pictures of them, sticking around to help before and after the set, hyping up friends to go see them, and having a little too much fun singing and dancing along in the crowd.

8. And you've helped their band set up or pack up after a show

If they need help bringing instruments inside and other necessary equipment, you always offer to help, even if it's just carrying the drumsticks. Same for when they're packing up after they've finished playing.

9. He gets excited when he tells you about new music his band is working on

And you can't wait to hear him share some demos or listen to it at the next band practice.

And you can't help but get excited too because it means another show you get to go to and it shows their band is getting more and more popular.

In the car, in his room, in the shower; when he's happy, when he's sad, when he's upset, when he needs motivation. You'll almost always catch him listening (or singing/humming) some sort of tune.

12. And always showing you new music

Even if you don't like some of the songs, it's still nice to know he thinks of you to certain songs, and the songs he does show you that you like, you absolutely end up loving them.

13. You have to deal with girls hitting on him at shows (because he's in a band AND super cute and talented)

And you'll always make a point to interject and make sure they know he's already taken.

Dating a boy in a band can be stressful sometimes, but overall you love every second of it and know that he does, too. And maybe you're even their band's number one fan, or close at least, right?