Everything Wrong With "Sierra Burgess Is A Loser
Odyssey

'Sierra Burgess Is A Loser' Is Equal Parts Empowering And Problematic

Hopefully a sequel will give them the opportunity to pick the right lane. 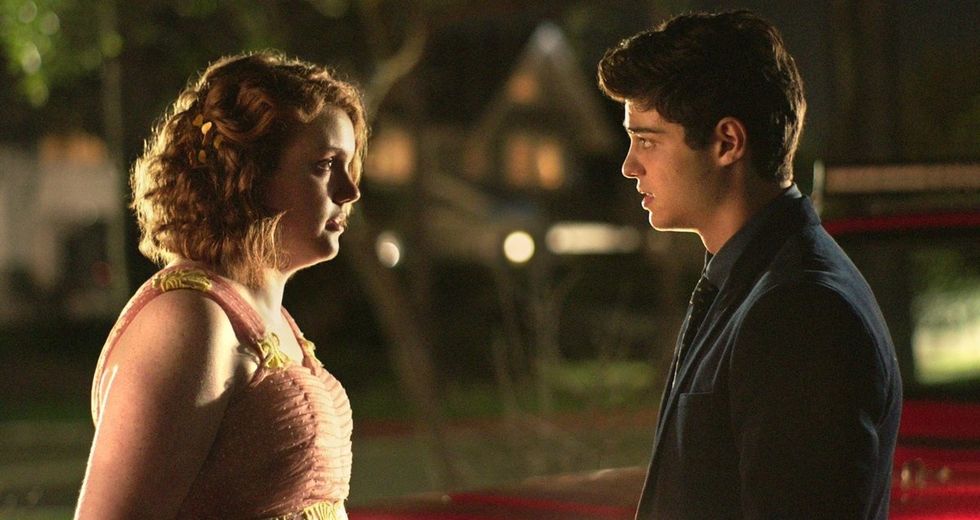 Netflix has had its share of hits and busts when it comes to their originals, and "Sierra Burgess Is A Loser" is somewhere in between.

Since seeing the trailer a couple months ago, I've been eagerly awaiting its release, counting down the weeks until September 7th. I wasn't able to watch it right away, but when I finally did, I cried.

There I was, sitting on the couch in the family room at 1 a.m., tears pricking my eyes as the ending played out. In some ways, "Sierra Burgess" is the kind of empowering film I knew I needed, but never imagined I'd get the chance to see.

To see a girl who looked like me get the guy left me feeling like I could experience a beautiful romance—as opposed to subconsciously beating myself up for not looking like the typical rom-com lead.

But I think I was caught in the midnight euphoria when I first watched it.

Upon the second viewing, this time with family, and researching what other people had to say about the movie, my opinion has shifted from "This is the teen rom-com that will save us all!" to something more like, "It could've been better, and in some ways was unfortunately problematic."

I was immediately taken by the 80s synth and font and entranced by the idea of a plus-size rom-com lead. In a lot of ways, the movie really delivered.

There was no nerdy girl transformation that occurred in order for her to get the guy. She felt insecure about her appearance despite standing up to insults about it, enough that she catfished the guy she was interested in.

But in the end, she didn't have to lose weight or dress differently or take off her glasses and her hair out of a bun to suddenly become beautiful; she just had to realize that she always was.

It balanced praising the thicker girl without shaming the skinny one. Often, attempts at body positivity and pro-curves are done at the expense of the tinier types. Songs insisting that men care more for women with "bass" and "more booty to hold" still shame "skinny" girls, as if they were the villains instead of the CEOs making money off of your self-hatred.

But "Sierra Burgess" was different. Sure, there was a song about how thin girls make Sierra feel insecure, but it wasn't blaming those girls; it was simply stating the inadequacy Sierra was feeling.

Veronica wasn't the villain for being thin, and instead became probably the most well-rounded and likable character in the whole ensemble.

As Sierra and the audience discovered there was more to Veronica than meets the eye, a beautiful friendship developed between the two ladies, contributing to the film's positive qualities. Though technically classified as a rom-com, there is just as much development and depth occurring with the friendships as there is with the romance.

Unfortunately, in both the friendships and romance, there are glaring issues we shouldn't ignore.

The whole premise of Jamey and Sierra's relationship is catfishing. Sierra doesn't even just not correct his mistake in assuming she's Veronica; she actively deceives him, partnering up with the actual Veronica to send him photos, FaceTime him, and even go on a date.

This issue is most clearly seen in their first kiss.

Jamey and Veronica are on their date, and when he goes in for the kiss, she has him close his eyes and then has Sierra kiss him instead. When I was watching it alone, it made sense and even, I'm ashamed to say, felt right. Of course, Sierra should be the one to kiss him. Anything else would feel wrong.

My family audibly cringed when they saw it, and it wasn't until I read other articles that it clicked: this act stripped him of consent. He was consenting to kiss Veronica, but instead, without his knowledge, they had him kiss Sierra. This is later brushed off with a joke of his when Jamey kisses Sierra, of his own volition this time, but it shouldn't have been.

He didn't consent to the kiss, and technically, he was consenting to the kiss and relationship with Veronica, not Sierra.

Sierra's behavior throughout the movie is problematic. Not only does she catfish Jamey and ditch her best friend, Dan, but she slut-shames Veronica and breaks her trust.

This wouldn't be an issue if she actually faced any type of consequences for her behavior.

She tells her best friend that she "sucks so bad" and they move on from her being a bad friend to him. Her apology to Jamey is an acknowledgment of the wrong she did while still justifying it: "Have you ever felt like the world is conspiring against you?" And somehow sending Veronica the song she wrote about how insecure she is compared to girls like Veronica is supposed to constitute an apology.

Sierra still lands the guy, gets into her dream college, and repairs her friendships with minimal effort.

It's all insufficient, and it sends the wrong message. After such a traumatic breach of trust, Sierra owed more to Veronica than a song and a hug. She should've in the least allowed Jamey to fully express how she was wrong in what she did and how it affected him, and Dan deserved more than an admission of her suckiness.

The movie starts to address this ugliness of character in Sierra, but there's not enough of a redemption. Maybe a sequel will give Lindsey Beer, the writer, a chance to create a better message than "You can still find love if you're plus-size."

There aren't many films featuring a plus-size lead who gets a happy ending, but it could've been better. It should've been. All of us plus-size viewers deserved that.