A Short History Of The American Tattoo Tradition
Odyssey
CurrentlySwoonLifestyleHealth & WellnessStudent LifeContent InspirationEntertainmentPolitics and ActivismSportsAdulting
About usAdvertiseTermsPrivacyDMCAContact us
® 2023 ODYSSEY
Welcome back
Sign in to comment to your favorite stories, participate in your community and interact with your friends
or
LOG IN WITH FACEBOOK
No account? Create one
Start writing a post
Entertainment

A Short History Of The American Tattoo Tradition

Tattoos are incredibly popular today in America---but where did it all start? 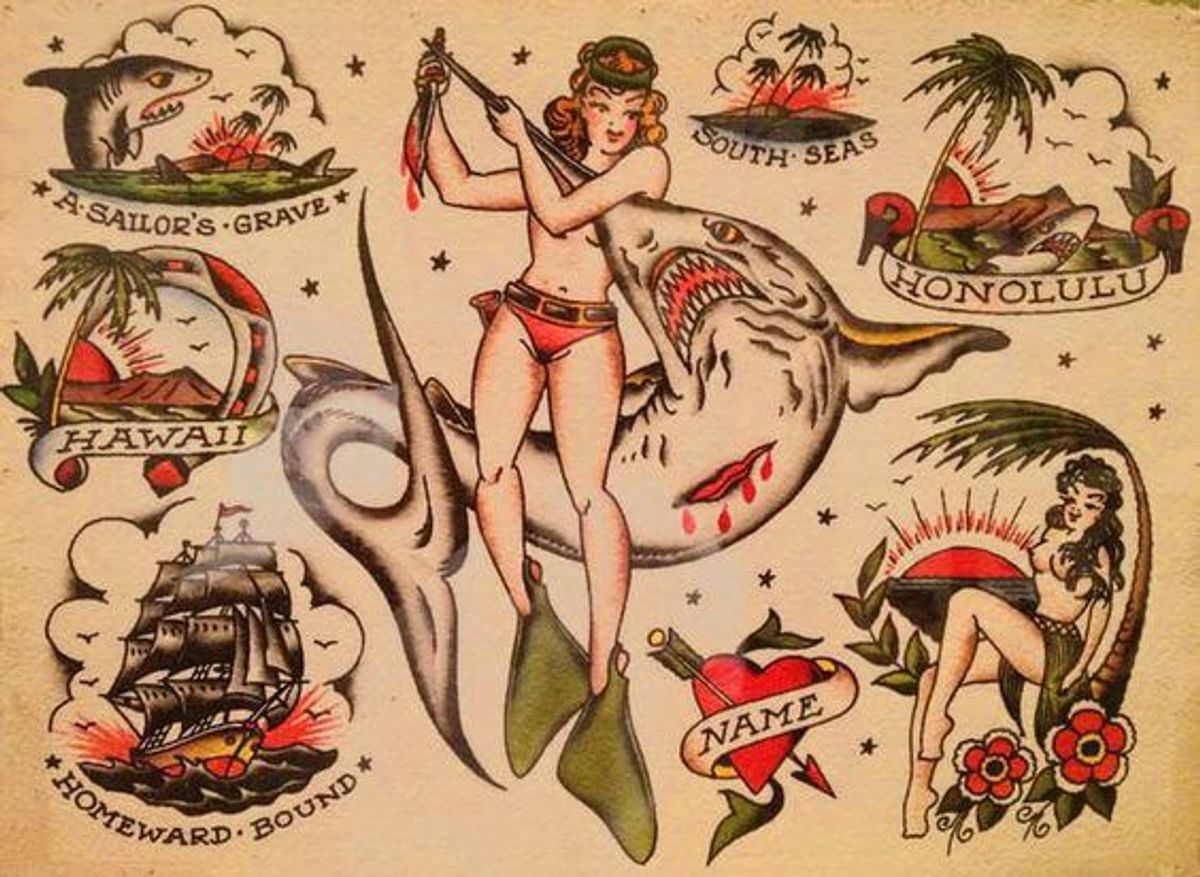 Tattooing is an art form, and while the style and meaning varies vastly throughout different cultures, the overall purpose of tattoos is generally similar: to show identity. From the 2000+ year-old Samoan practice of tattooing intricate patterns with very specific cultural meaning, to Japanese Irezumi tattooing which held decorative, spiritual, or societal purpose, body art has held a special place in many cultures. While the tradition of tattoos has existed in other cultures for hundreds and thousands of years, American tattoo tradition is relatively new.

American tattoo tradition began primarily with sailors. After the American Revolution, United States sailors cultivated a culture of tattooing for several reasons. One main reason was to ensure that they had defining, distinguishing marks on their bodies. British ships forcibly took American sailors to the British Navy if they could not identify them as American. One way to avoid this was by having a specific tattoo that proved they were who they claimed to be. Additionally, sailors received tattoos in their voyages to foreign countries with a rich tattoo culture such as Japan and Pacific Islands; this solidified their identity by reminding themselves of where they had been, or of their lives back home.

For a while, tattoos remained out of the mainstream American culture, and was found mainly on the bodies of those on the fringes of society: bikers, soldiers, criminals, gang members, and circus freaks. Body art was considered distasteful.

After the 1970s, this quickly began to change. Americans’ attitudes towards tattoos began to rapidly flip with the rise of punk and counterculture movements. Associated with rebelliousness and anarchy, tattoos grew in popularity and the harshly negative view towards them softened. However, tattoos did not become mainstream until the 2000's.

In 1991, 21 percent of Americans had tattoos. 14 years later, this number doubled to 40 percent Tattoos were no longer associated with particular subcultures or fringe classes of society. As a result, the demand for tattoos and artists grew immensely. The number of tattooed Americans grew more rapidly in the past 20 years than during any other time in American history. With so many artists, new styles and techniques arose. Dotwork, stippling, black and grey, and realism are all popular styles of tattoo that vary widely in their appearances. Additionally, many American tattoo artists draw inspiration from Japanese and tribal tattoo traditions in their work.

Traditional American tattoos (also known as Sailor Jerry or "old-school" tattoos) are still extremely popular and considered in-style. Neo-traditional tattoos that combine old-school flash art style with new techniques and improved quality are also very popular. America's tradition of inking may have come later than many other cultures, but the American traditional tattoo style shows no sign of going out of style any time soon.

Nicole Marie Nigro
Individual Creator
6282
c1.staticflickr.com
Where to start...... Let me start with the cliche that life throws us curveballs and what we do with it is what counts.