Shattuck's Thesis in The Banquet Years 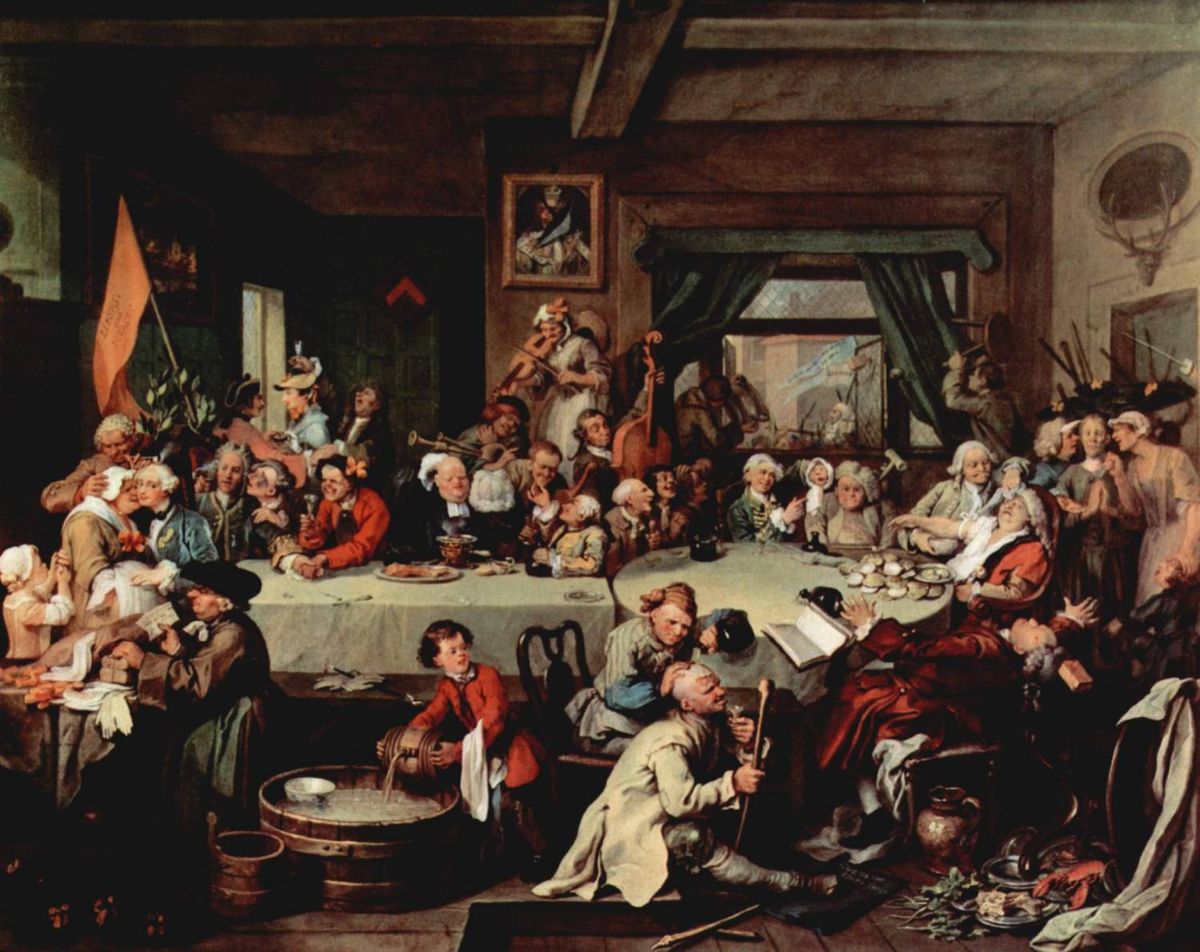 The Banquet Years by Roger Shattuck (published 1955, 396 pages) takes a novel approach to chronicling La Belle Époque and indeed a novel approach to discussing history. Instead of being causal (Shattuck dismisses the historical causes of the era “economic prosperity following rapid recovery from the defeat in 1871, the unexpected stability of this third try at republican government, and innocence of any world conflict of the kind that would put a stop to it all. “(Shattuck 6) his thesis is illustrative. Starting with the assumption that “the art of finding little families of personages whose mere association suggests an interpretation of the age...[which] allows the age to speak for itself.” These men, Shattuck contends are Henry Rousseau, Erik Satie, Alfred Jarry and Guillaume Apollinaire.

“families” (one of quirks of Shattuck’s style is that he nonchalantly, sometimes haphazardly tucks away key information in asides) he mentions in the preface that the idea of this grouping came to him after working on translating Apollinaire’s poems. “and through him to an irresistibly attractive era. Yet the turn of the century in Paris seemed so teeming with energies all working at cross purposes that its shape forever escaped me.” (Preface). He explains how half arbitrarily “a kind of gambler’s hunch” the grouping of Rousseau, Satie, Jarry and Apollinaire came to him. A hunch he continued to refine until his thesis appears, clear resounding and obvious. The four men represent the four key traits of Avant-Garde: “The uncensored maturity of the child-man as seen in Rousseau, humor pushed steadily toward the absurd as achieved by Satie, and dream magnified into hallucination as practiced by Jarry… [and] a cast of ambiguity or equivocal interpretation which can shape the surface and structure of a work “represented by Apollinaire.( 54) As his thesis is illustrative, that these men represent these key traits more so than they cause them to come in vogue, (although he does take a section to enumerate each artist’s influence on the later, post-war Avant-Garde, especially the Dadaists and the Surrealists, it is not the main thrust of his argument) he starts each section with a combination character sketch biography. With these biographies, he can convey to the reader how the artist’s personality gave rise to the trait they embodied as well as influenced their art which in turn helped secure that trait’s place in the credo of the early Avant-Garde. As he is interested in both the histories of his artists and the mythologies they left behind, Shattuck peppers his analysis with a veritable library of assorted anecdotes recorded by the artist’s friends, pupils, and banquet guests. Many of them contradict each other, some of them are patently false, nearly all of them are veiled in sentimentality and nostalgia. However, due to Shattuck’s illustrative mode of thesis they work as a kind of “character witness”.Although Shattuck does make use of contemporary letters, comments by the artists themselves and contemporary reviews to flesh out the strictly biographical part of his account instead of just memoirs. These sources are mainly in French and as Shattuck is a French translator that gives them added authenticity rather than just relying on translation of the original source. However, for all his translations Shattuck will still throw in lines of untranslated French. For example, a key exchange of a trial that defined an era (21) and the newspaper comments surrounding it. He does this with some frequency so the reader would be advised to have some familiarity with French in order to make the most of this book. Shattuck also is not above criticizing primary accounts when he feels they’ve misinterpreted something. For example, after quoting a comment by Max Jacob which implies Jarry experienced a Christ-like suffering, Shattuck curtly interjects “Jarry was courageous but not holy” (249). However, since he previously cited Jarry’s play Cesar-Antechrist as an example of his belief that God is both dead and fails to prevent man’s monstrosity, I’m willing to allow such objections to stand, brisk though they may be.

Aside from the overriding pattern of argument another common thread linking the four men’s works is the notion of atemporality. In discussing the lighting in Rousseau, Shattuck says “[A] steady light floods his compositions and hushes them…denying the movement of the sun and the secession of day and night, removes his painting from time. it is a movement within plastic space, not within elapsed time.” (106-107). He describes Satie’s Socrate “the fullest summation of his style “in similar terms “One instant follows another until we have heard the whole; no smaller structures intervene… dignity and tragedy… can assume their full proportions within this clear and infinite horizon… rather than ending” (164) When he discusses the career of Jarry.“His work shows the circular structuring of a ring… There is no point beyond which one falls into vacancy “(225). Finally, in describing Apollinaire’s poetic technique” The abridged syntax and unpunctuated abruptness …. tends to merge the moment into a single image … the prosody…prolongs the moment… into transparent music …he sings quietly to us the feelings which cannot be told because they have no time” (312).This common thread of atemporality helps illustrate what Shattuck considers a key trait of modern art and the Avant-Garde “Classical art opened a window on reality. Modern art …has closed the window and treated painting as part of the wall, a segment of flat surface.” (107) . In rejecting experiences bound by time, the Avant-Grade reject a tradition that went back to the Renaissance and truly began modern art.

Another key theme Shattuck sees in the development of Avant- Garde is “self-reflectiveness “(329). That is to say the mediation of art as art so as the destroy or at least blur the line between art and reality. Two examples from our artist’s careers will illustrate. The first example is” when Jarry himself became Ubu, his own magnificently outrageous character” (330). Satie engages in a less extreme form of this extension of art into life when he “incorporated imperious comments to the audience and gave instructions that no one listen to his music” (330) According to Shattuck, it is both this destruction of time and destruction of frame that separates modern and classical art.

Before I get into my criticisms of the work it’s important to explain what I felt is possibly the key aspect of Shattuck’s argument, namely the style and structure of his argument. As mentioned before, this book deals more with emotional interpersonal interactions between artists than concrete historical events lending it a certain level of interpretive ambiguity. Especially when Paris of this era “became a stage, a vast theater for herself and the and the world … everyone …displayed himself to best advantage” (6) (This statement explains the prevalence of dramatic half-truths in memoirs of the era). Another important factor of Shattuck’s style is his familiarity and skill in using anecdotesfrom primary sources.The pages are littered with quotes from diaries, letters, and memoirs of the period, deployed in a way that ceaselessly points to the interpretation he has arrived at. So, if he becomes curt when a primary source comes to a different conclusion than he does (as is the case with poor Max Jacobs) I’m compelled to agree with him simply because of the amount of evidence. The way he arranges rhythm of the anecdotes so they coalesce into a pleasingly unified whole also helps distract from any individual flaws the different parts of Shattuck’s argument may have. However, that doesn’t make those flaws unnoticeable. Unlike the four men he writes about who use repetition of format to transcend to something greater Shattuck is often hinder by his format of applying traits of an era to a standard biography.