Please just hear me out. 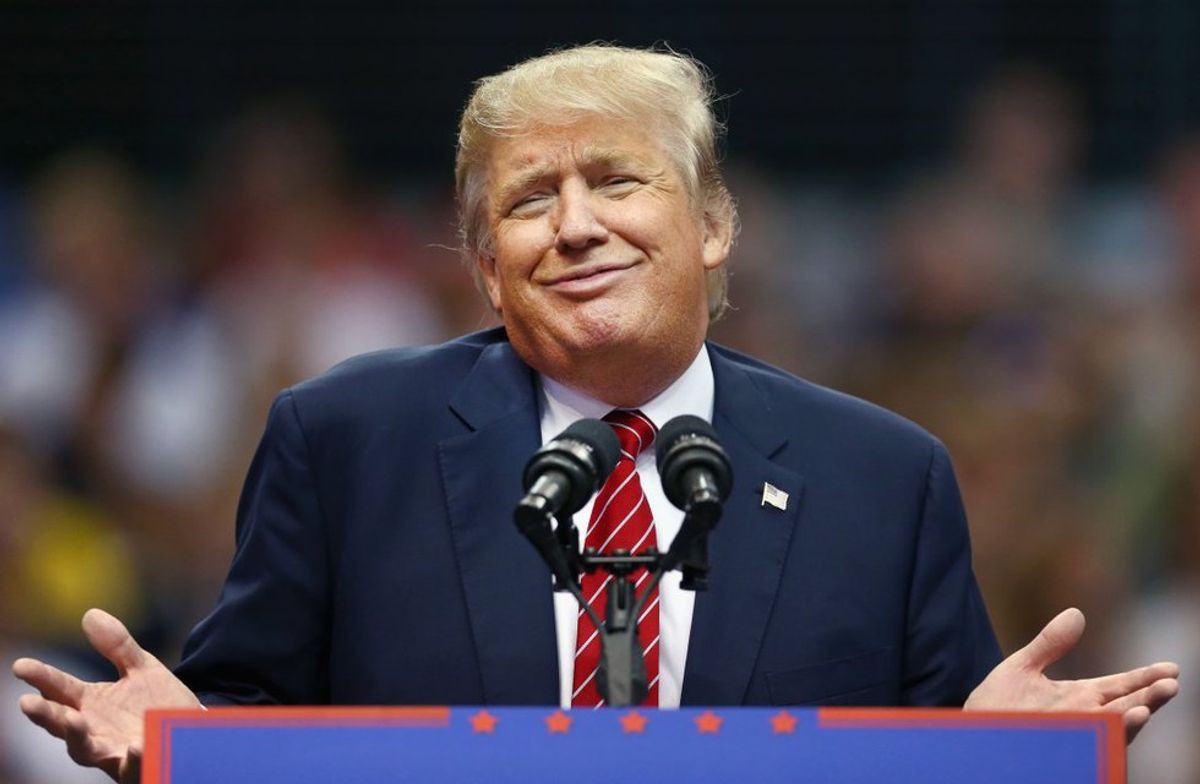 You are not going to protect me, are you? I mean, I never expected you to because as a liberal woman I always feared you and your supporters. I am not sure of what you stand for (or at least claim to). What ideas you galvanize, you legitimize. But, I am luckier than most. I am white, (depending who you ask), middle class, a student at a prestigious college, and a citizen from a good area with a fantastic public school system. I am also a woman. Most importantly, in this context, I am Jewish.

I do not feel safe in your America anymore. I grew up aware of anti-semitism , but I, like so many other American Jews, thought it was a distant issue. I realize now that it was not and is not, that it concerned small portions of the population and was widely condemned. I thought I was safe, yet I realize now that I am not. The JCC I spent so many nights at in high school for youth group meetings and events has twice received bomb threats. Countless other JCC's, and Jewish day schools, have received threats too. Jewish cemeteries have been vandalized. My community is under attack and you had to be pushed to say something, anything, that resembled sympathy toward these occurrences. You may have a Jewish daughter, a Jewish son-in-law, and Jewish grandchildren, but that does not excuse your lack of response, and your response that proved that you do not care. You do not have the decency or the compassion to at least pretend to try.

I feel attacked by both the left and the right. The former often uses anti-zionism (which is different from legitimately criticizing Israel) and to hide anti-semitism, both actions becoming conflated. But make no mistake, I also feel attacked from the right. Your followers consist of KKK members and neo-Nazis. I am not saying all of your followers fall into these camps, because they do not, but some of your most vocal followers do, and they have felt emboldened by you. The world is sliding backwards, and I know this sounds stupid, privileged, and ignorant, and naive, but I thought my identity, my very being, would be directly terrorized. I knew I would be affected, and scared for others just like other privileged, progressive activists, but I never thought that I would be scared for myself.

When I read about a vandalism at a Jewish cemetery or bomb threats at Jewish institutions, I hope that it is not somewhere I know, that I have a connection to. Those hopes have been dashed. Yesterday, I read reports of anti-semitism at my old high school. I have terrible day dreams about what happens if my beloved Brandeis, a school I chose in large part because of its vibrant Jewish community and values, will receive a bomb threat next, or maybe worse. I am scared, for myself and for others, and there is nothing substantial you are doing about it. And the worst part it, I never really expected you to. I respect the office of the presidency, and what it stands for, sir, but I do not think that you do.