I'm Selfish, And I'm Not Ashamed Of It — At All
Odyssey

I'm Selfish, And I'm Not Ashamed Of It — At All

Sometimes the most selfless thing you can be, is selfish. 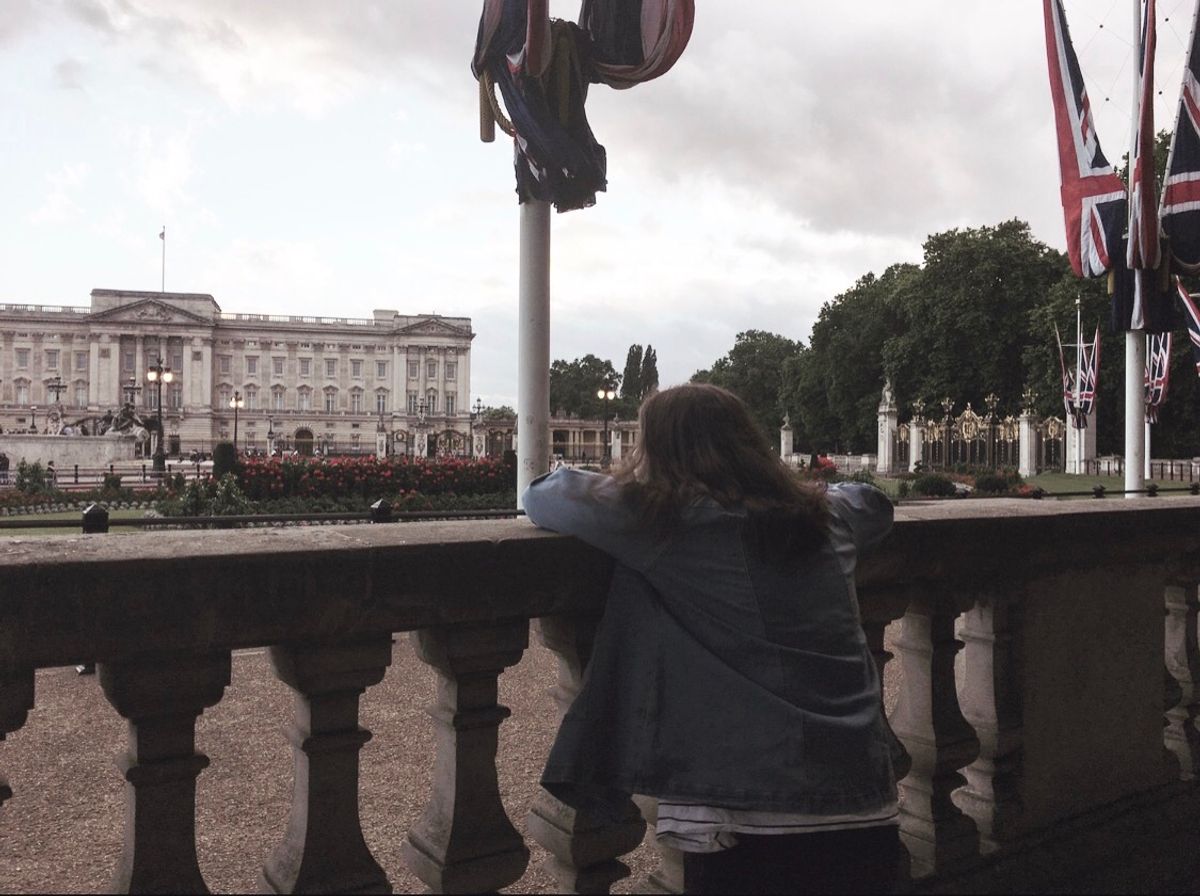 I've always been the friend that is leaned on for support.

Always the one that can be called at all hours to talk about whatever in the world is keeping you awake.

Always the one that goes out of her way to make sure YOU are comfortable and safe.

Always the one that puts her own happiness and mental health on the back burner, because "Well, they have it worse than me."

Always the one that cries in the shower at 2:45 in the morning because anxiety doesn't have normal operating hours.

Always the one that keeps everything bottled up in a little jar under the mattress because she doesn't "want to bother anyone."

Always the one who does all of this out of the fear of being deemed selfish...

For almost every single one of my twenty years alive on this planet, I've been told just how damaging and harmful being selfish is.

I've always been told that I have to put everyone else's needs ahead of my own, otherwise, I'd be labeled a terrible person that nobody would like. Now let me tell you, as someone with severe anxiety, that's not exactly something that settled too well with me.

So for 19 years, I tucked my own happiness and health in the back of a sock drawer so that I could be the best friend ever.

It wasn't until the summer of 2017 that I realized just how unhealthy, and plain stupid that frame of mind truly was.

During that time, I lived in England for two months as a study abroad experience.

Those short two months taught me all I needed to know about an archaeological excavation, but the most important lesson I received wasn't how to properly hold a trowel; the most important piece of advice I received, was that being selfish is NOT something to be ashamed about.

I know what you're probably thinking, "How can she say that! Helping people is important! Being selfish is horrible!".

I hear you, I really do, but how does putting yourself behind other people help anyone

Let's look at the ways NOT being selfish was detrimental to my mental and physical health, just in the past 18 months.

I've had anxiety for sixteen years, ever since I was four years old and would wake my parents up with severe night terrors.

For years, I've been able to manage my anxiety with essential oils and breathing exercises, but between the winter of 2016 and the summer of 2017, my anxiety became crippling.

I constantly felt like I wasn't enough like I would fail in everything I wanted to do, etc. etc.

During this time I was also helping friends work through some serious issues, issues that I knew they needed support from friends on. Every single day, I was worried about my friends' mental health when my own was slowly deteriorating.

I put every single ounce of my heart into helping them get through their rough patch, and I completely abandoned my own sense of self-love and care.

During this time I gained 15 pounds because I was stress eating, I started spacing out during lectures, my anxiety attacks came back after a three-year dry spell, and I started to retreat from my family.

I'll go ahead and say that the stress that I was under during this time in my life was partially my own fault. My friends are absolutely incredible, and had I revealed to them just how much stress their problems were placing on me, they would have helped me in any way they could have.

However, I was too scared to ask someone going through so much already for help, purely out of the fear of being labeled selfish.

I almost drove myself into the ground because I was worried that my friends would find me selfish, selfish for putting my health, happiness, and overall well being before someone else.

Does that really sound selfish though?

Does making sure you are physically and mentally able to help others, sound selfish?

That's what I learned on a very rainy June afternoon in Lincoln, England while sitting in my best friend Alana's room.

We were watching "Shrek," aka THE cinematic masterpiece of the past 75 years, and chatting about our lives.

Lana is from Australia and is basically my other half, we're so alike it's scary. Our similarities stretch from our taste in men, music, movies, and books, all the way to our mental health and friends.

While talking about our friends back home, we began to realize that we were having many of the same problems in our lives.

After three hours and a British thunderstorm, which was hilariously benign, Alana and I both came to the startling realization that being selfish does not make you a terrible friend.

Being selfish actually makes you a more capable and dependable friend, than someone who constantly gives.

I would have learned that a lot earlier had I simply listened to my mom...

If you're selfish, you are able to focus on your own life.

If you're selfish you're able to focus on self-love, something that is far too scarce in our society today.

When you care enough about yourself to start putting your own needs first, you're able to see that you're extremely valuable and people's lives would be drastically different without you.

If you're not focused on bettering yourself and making sure that YOU are the first person whose interests come to mind when making a decision, you will never be able to move forward and thrive.

Life is a game of give and take, and if you're constantly giving without repayment; you're not living.

In order to live and love to the best of your ability, you have to be able to love and respect yourself enough to put YOURSELF first.

You're the only you in the entire world, and there will never be anyone who knows you as well as yourself.

So why should people make you feel as though loving yourself, enough to know that you're the most important person in your life, is a bad thing?

The answer? They shouldn't. Nobody should make you feel guilty or ashamed about putting yourself first.

Nobody should make you feel as though you're a villain, because you didn't answer their phone call at 4:23 a.m. when you have an 8 a.m. lecture the next morning.

You only get one life, why let someone else's views and opinions dictate how you live it.

Accepting that I AM selfish, taking my personal well being to the forefront of MY life, acknowledging that I am the most important person in my little section of the universe and finally loving myself enough to say no, has been the most freeing experience of my entire life.

You can do it too. It will take some work, but you can make yourself the most important person in your life.

The only thing you have to remember is to have fun!

Go to the beach with friends for a weekend.

Go to a karaoke bar and sing ABBA at the top of your lungs.

Tell the guy you like that you think he's cute.

Change your major from education to criminal justice because you realized that maybe teaching high schoolers is personally too easy for you, and isn't your thing.

Tell your friends and family no! Do not be afraid to tell the people you love that you can't do something!!!! If it does not benefit you and/or causes you stress, DO NOT DO IT!

So, be selfish. Put yourself first, take a seat, and watch your life change for the best.

Glorie Martinez
4963
Why I Write On Odyssey