Scooby-Doo Taught Us About Life, Friendship And Teamwork
Odyssey
CurrentlySwoonLifestyleHealth & WellnessStudent LifeContent InspirationEntertainmentPolitics and ActivismSportsAdulting
About usAdvertiseTermsPrivacyDMCAContact us
® 2023 ODYSSEY
Welcome back
Sign in to comment to your favorite stories, participate in your community and interact with your friends
or
LOG IN WITH FACEBOOK
No account? Create one
Start writing a post
Entertainment

Scooby-Doo Taught Us About Life, Friendship And Teamwork

Even Scooby-Doo has some advice from one of the television series. 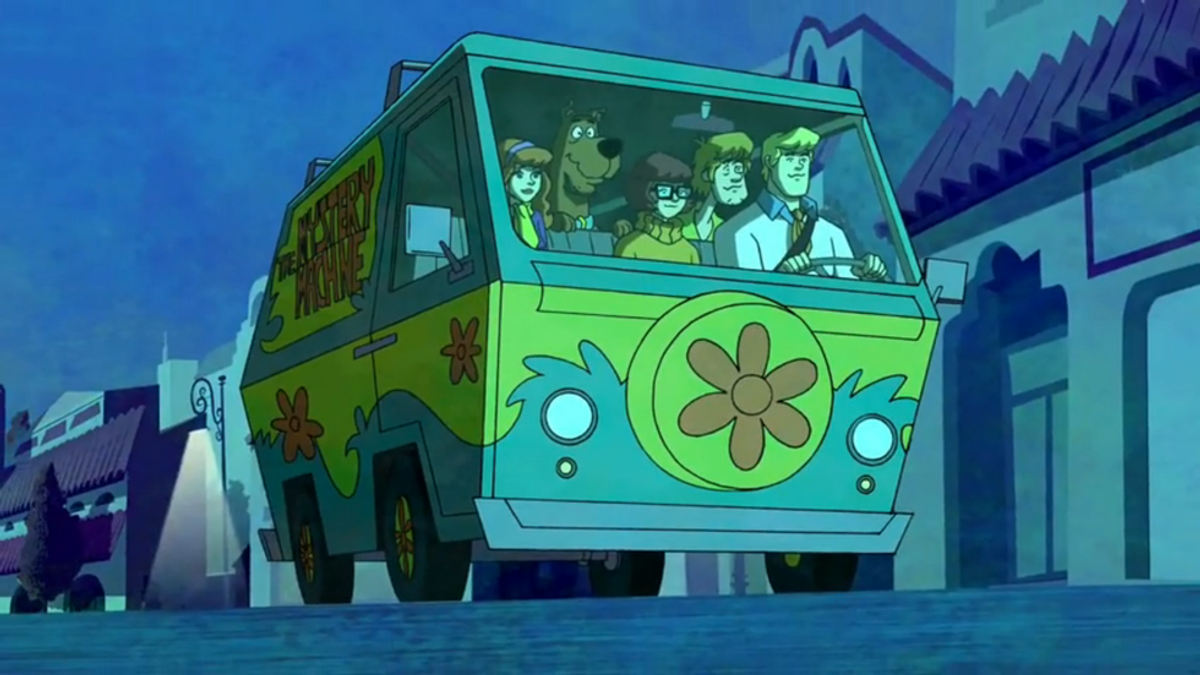 So recently I found a Scooby-Doo animated television series (2010) on Netflix. That got me thinking about all the lessons the Mystery Incorporated Gang teaches us.

Admit it, you sang it.

Growing up watching all the different installments of Scooby-Doo, you never thought that, in fact, you were learning valuable lessons along the way.

1. That friendship is stronger than the danger around you.

When the Crystal Cove was being sucked up into a black hole, the gang saved each other as they flew past. They showed just how much their friendship real meant and how real the love was between them in that moment.

2. When one member is not present it is like a piece of your heart is gone.

Fred showed this emotion when the gang came back together after breaking up the group. Daphne did not want to solve mysteries anymore because Fred broken her heart when he broke up with her. So he could leave town and find his biological parents.

Which leads Fred think if he gives her a task in the new trap, that she will show up, and want to be a part of the gang again. Sadly, she fails to show up and the masked-figure gets away.

3. Working together is more important than going into it alone.

Solving a problem alone is complicated, but with help it is much easier. The gang shows us that going separate ways helps no one.

4. Everyone plays a role in the mystery.

Fred teaches us to be a leader ("Split up and search for clues!"). Daphne reminds us that even mask-figure bait can find clues and kick butt. Velma shows us that being smart is very helpful and not annoying. Shaggy and Scooby-Doo teaches us to be ourselves and fake it till you make it, and that it is okay to run away.

5. No one is left out of events for the team.

When Scooby-Doo is sick around finals time, Competition for Mystery Solvers, the gang decides to not go because no one should get left out. And the head of the event thought the same thing, and pushed it back so everyone is able to be there.

6.That it is OK to have feelings and be emotional.

Fred taught us that it is OK to admit that you feel. After many attempts of using Daphne has bait to catch the masked-figure and her getting captured as well. Fred finally realizes he not only loves making traps, but has feelings for Daphne. *Everyone roars with joy!*

7. Shaggy and Scooby-Doo taught us to be ourselves no matter what.

Anything from their big appetites to how much they meant to each other, they were just being themselves.

8. Everyone is unique, but when you come together, it is amazing.

When the gang split up because everything to seem to be falling a part. They all did their own thing, and honestly were amazing at everything. On the other hand, being together brings a whole different quality.

Only one thing could bring them back together: a mystery to be solved.

9. The world is a scary place, but you can get through it and save the day.

The mystery incorporated gang pushed through every scary situation with true bravery. They teach us to face our biggest fears everyday without holding back.

10. Life is all about falling down after failure and getting back up!

When they were off their a game for awhile, but continued to keep solving mysteries, Even though the traps were not working and a masked-figure got away, they were determined to keep trying.

11. Be true to yourselves and everything will be okay.

Shaggy, Scooby-Doo, and the rest of the gang were told by there parents that mystery solving was not something they should not be doing. The gang stayed true to who they are and kept solving mysteries for the love of it.

We all grew up, on the famous Scooby-Doo shows, spin-offs, and movies. To find little hidden lessons in your favorite shows is always a treat. Scooby Snacks, anyone?