A feminist commentary on one of American literature's most complex ladies. 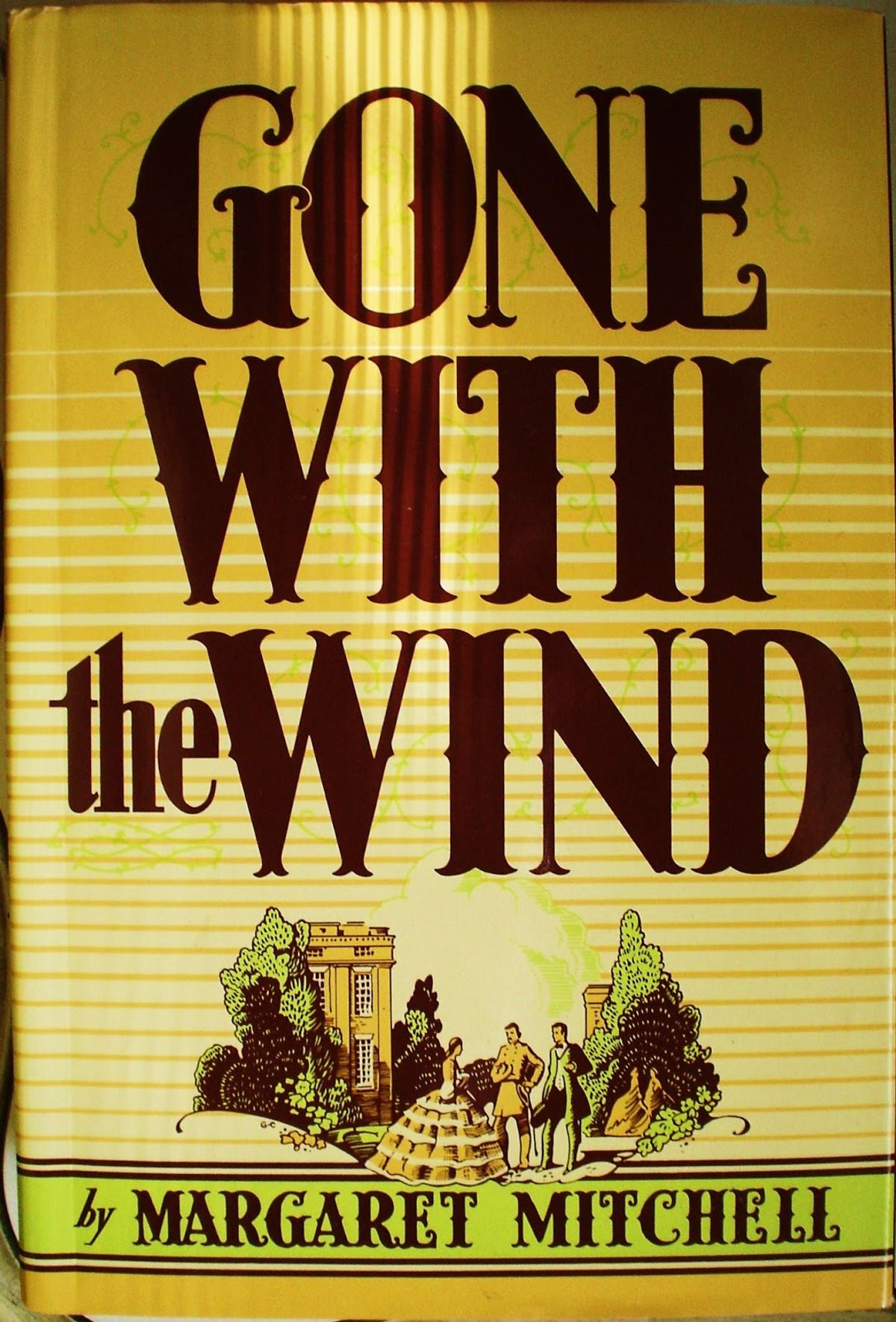 Disclaimer: Margaret Mitchell's novel Gone WithThe Wind is about the Civil War and Reconstruction. It has periodically found it's way onto banned books lists at libraries throughout the United States because the n-word abounds and it portrays slavery perhaps too optimistically. Therefore, analyses of the novel often include discussions of slavery. The author recognizes this is an important issue related to the book, but has decided such discussions are beyond the scope of this particular article. Perhaps another time.

Gone With The Wind has often been hailed as one of the "great American novels" for women. Yet the heroine, Scarlett O'Hara, is also often characterized as a not-so-nice word that rhymes with witch. Some readers say she's bossy and unfeminine. Indeed, some of her own peers in the novel think so. Yet others, like Melanie in the novel, and my mother in real life, look up to her. So what's the truth? Is she a feminist icon or a she-devil?

The answer: Feminist icon. At least for the most part. Scarlett is a complex character, perhaps the most complex woman in American literature. There's no denying she makes some mistakes, but the inescapable truth is that Scarlett O'Hara is a successful woman. What's more, she is successful by herself, without the help of a man. So yeah, people are going to dislike her for that.

Scarlett owns her own business and for a good portion of the novel, she successfully ran a large piece of property, Tara, her family's plantation. Neither of these win her many friends in her own social circle. At the time the novel is set, the era of reconstruction after the Civil War, it was still extremely frowned upon for women to deal in business or property, so she was often treated as a pariah. And now, over 100 years later, readers are still more than willing to side with her critics rather than give Scarlett the benefit of the doubt.

But not Scarlett. When Atlanta was under siege, she fled home to Tara with her friends, including Melanie, who was in the middle of a life-threatening pregnancy. Again and again on the journey she put Melanie's, a woman she did not even particularly like at the time, safety above her own. And when they arrived at Tara and found the plantation in ruins, she taught herself how to run the farm well enough to produce and sell enough cotton to feed her family for a year, all while dealing with the death of both her parents. At one point she was the only thing standing in the way of the starvation of ten other people, most of whom were not even family, but slaves turned servants, friends, and guests. That's right, through this whole ordeal Scarlett upheld Southern hospitality, and did not turn people away who came to her door looking for food or shelter.

Scarlett cared about money in a way that is unattractive. But her first goal in starting her business was to insure that her family never had to face starvation again. And considering that poverty had nearly killed her, and had killed many people she loved, her obsession becomes a little more understandable. Scarlett may have started out as a spoiled little rich girl, but she does not remain a spoiled little rich girl.

However, after she marries Rhett Butler, she does let finally having money again go to her head. She flaunts her riches and allows them to alienate her friends. This is a mistake; there's nothing else to call it. And it is a mistake she eventually realizes she has made, but it is not a mistake she is ever redeemed from.

That's another thing that makes Scarlett O'Hara a hard character for many to like. Margaret Mitchell writes her without a redemption arc. So often in novels the protagonist makes mistakes that are only bad enough to keep them relatable to readers. If they do make a grave error (aka the kind of mistake we all make at some point in our real lives) there is always a redemption arc. But guess what? In real life we don't always get redemption arcs. Margaret Mitchell writes Scarlett O'Hara as though she could be a real person. Yet the characterization that makes Jay Gatsby one of the most beloved male protagonists, makes Scarlett one of the most questioned female ones.

If I knew Scarlett in real life, would I like her? Probably not at first. She's judgmental, materialistic, and has a rude streak. But she's also loyal, savvy, and does the right thing, even when she doesn't want to or it would be easier not to.

Scarlett is a strong woman. As a woman who comes from a line of women who will drive their children slowly through the night without their headlights on to flee a polio outbreak, who will go from housewife to working single mom the same year their husband dies, who will go back to college not once, but twice to insure their own success and the success of their family, I definitely recognized a lot of myself and my heritage in Scarlett O'Hara.

If Scarlett is a bitch, she is one for the same reason too many women are today: she doesn't fit into the "woman box." She cares about others, but not at the expense of her own well being. She will make the tough call and lose popularity for it if her actions will help the most people in the end. Most importantly, if there is a man around, but he is not competent enough to do the job that needs to be done, she doesn't hesitate to take on the role.

Scarlett isn't a bitch. She is a real woman who exists outside of men. It may put some people off, but she defines herself, and that's what makes her a feminist icon and a worthy role model.