14 Sexy Saxophone Songs That Prove It's The Greatest Instrument
Odyssey
CurrentlySwoonLifestyleHealth & WellnessStudent LifeContent InspirationEntertainmentPolitics and ActivismSportsAdulting
About usAdvertiseTermsPrivacyDMCAContact us
® 2023 ODYSSEY
Welcome back
Sign in to comment to your favorite stories, participate in your community and interact with your friends
or
LOG IN WITH FACEBOOK
No account? Create one
Start writing a post
Entertainment

14 Sexy Saxophone Songs That Prove It's The Greatest Instrument

The smooth saxophone has enchanted generations of music fans - these songs explain why. 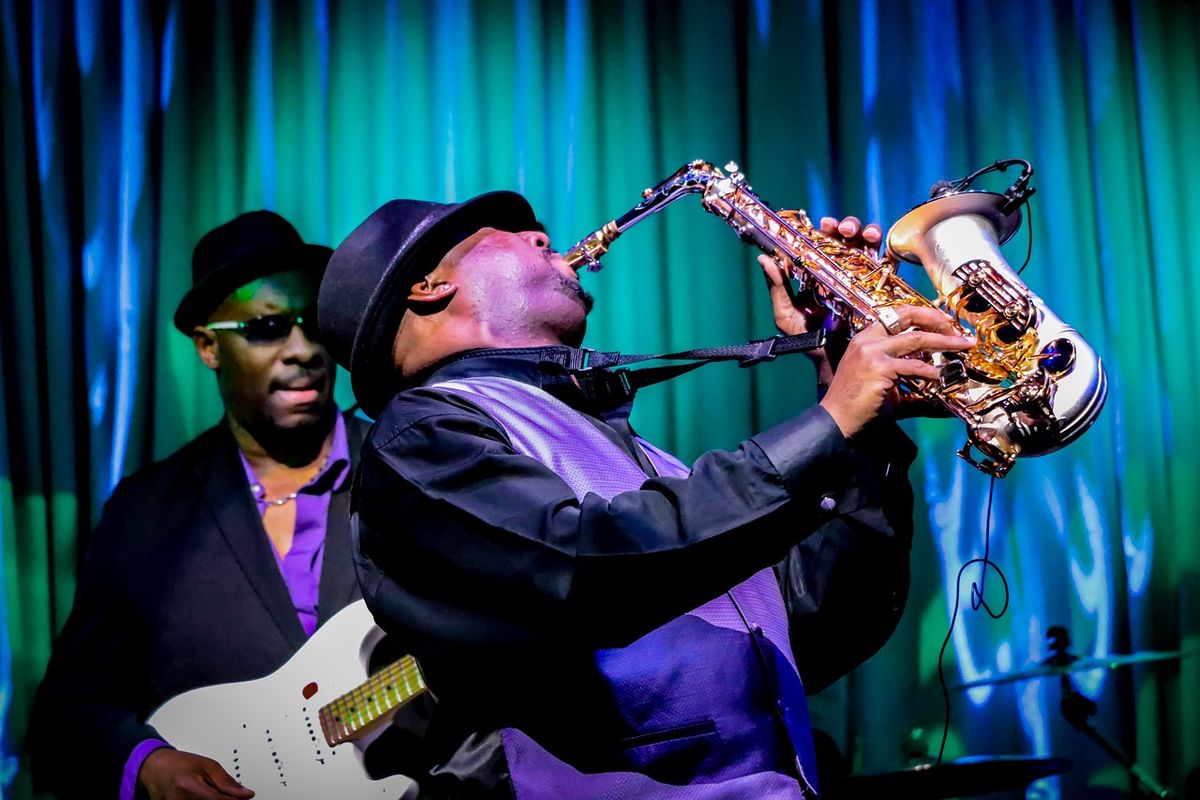 Saxophones in popular music are often written off as vehicles for melodramatic, cheesy '80s songs. I'm not here to refute that notion, but I'm here to say that said songs, cheesy as they are, are all sort of awesome, and discovering '80s music in high school has led me on a decade-long journey to listen to any saxophone track I can get my hands on. Turns out they're not all corny '80s time capsules. But regardless or era or aesthetic, they are all awesome. Here are 14 songs to get you started on your own journey through the majestically smooth instrument that is the saxophone.

Well, I'm still going to start you off on the familiar '80s cheese. And what better song to start with? I've written about my fondness for Seether's much edgier (obvi) cover before, but the original still can't be beat. George Michael thought up the sax part while riding a bus, and later finished writing the song with Wham! bandmate Andrew Ridgley. George Michael later said he wasn't too pleased with the song, but plenty of people love it - sometimes ironically, but I've accepted that my love is completely unironic. I'm pretty sure I heard this song on the radio one day and googled something like "saxophone song that's not Baker Street" to ID it. Speaking of which...

See, I told you this list wasn't going to be all songs from this '80s. For example, this one is from the late '70s! There is a Baker Street in my hometown right behind our main street, and I always get this saxophone riff stuck in my head when I'm walking around town. Luckily, it's one of the best.

Wikipedia says there's something called the "Baker Street Phenomenon," in which whenever this song gets heavy play on the radio, featured in a film, etc. (which happens often, because it's "Baker Street"), sales of saxophones go up. I can't find any non-Wiki evidence of this factoid, but I really want it to be true.

You'll see elsewhere in this article that 2011 was a great year for the saxophone, but it was also a tragic one. This was one of the last songs that Clarence Clemons, best known for his work with Bruce Springsteen and the E Street Band, recorded before passing away in June of that year. Clemons is reported to have loved collaborating with Lady Gaga, and during recording, marveled at the fact that he was still making money doing something he truly loved.

Of course I had to include a Men At Work song here. "Who Can It Be Now?" might have been the more obvious choice, but this song is just so endearingly overwrought (making the title super-apropos). Same for the music video.

This is one of those songs that sounds amazing when you're singing it in the shower (and yes, I sing the saxophone parts and all), yet results in disaster when you try to sing it at karaoke. I could have sworn I hit all those high notes when I was lathering up a dollop of Dr. Bronner's.

Okay, this song makes it onto every "terrible song list" and it belongs there. This song has all of the Beach Boys' affectedness and none of their amazing harmonies. But that saxophone bit toward the end. The local oldies station where I grew up always played the saxophone part during their vacation giveaways. Winning an expenses-paid vacation equals winning an IRS headache, so I'm glad I never won anything, but this song still reminds me of home.

Another song whose high notes have resulted in embarrassment at karaoke. The travesty here is that many radio edits cut out that urgently screeching saxophone solo that appears in the instrumental break. Not okay.

Perhaps you're someone who claims they know nothing about jazz music. Maybe that's true, but go ahead and hit "play" up above - chances are you know this song. I've always loved this recording but had no idea what it was called, or who it was recorded by. Then, it happened to play when I was out to dinner with my boyfriend, who is well-versed in jazz music, and he was able to identify it for me. The song gets its title because it is played in a five-four time signature, and I totally know what that means when I tap my foot to it, but probably couldn't explain it here. I'll let dummies.com explain it for you. Some fans of this song ditch Star Wars Day and instead celebrate Dave Brubeck Day on May the Fourth (5/4) - though it should actually be called "Paul Desmond" day, as the saxophone player is credited with composing the tune.

Of course, an '80s inspired song needs an '80s inspired saxophone part. This song and the album it's on ("Hurry Up, We're Dreaming") captures a retro feel without feeling contrived. Circa 2011 (and still now, really) there were few contemporary acts that really excited me, but M83 has always been one of them. FUN FACT: I was an extra for M83's "Claudia Lewis" music video. I don't think I'm visible in the final cut; it was freezing cold but fun and I met tons of nice people.

I couldn't just have one Clarence Clemons track on here. He was the swagger of the saxophone, personified. This song tells the story of how the E Street Band formed, with a line dedicated to Clemons ("The Big Man"). This line is punctuated with a saxophone solo on the "Born To Run" recording, but since Clemons's passing, this space in the song has been used to pay tribute to him in different ways. Who knows if anyone will reach Clemons's level of saxophone greatness, or if anyone will even dare knock him from his throne, but I do hope more awesome saxophone players are out there. If any are reading this article, please make yourselves known.

The whole college rock/jangle pop culture was, in some ways, the perfect anecdote to '80s overkill (I see you, Men At Work), but the scene wasn't immune to the smooth charms of the saxophone. American jangle pop is closely associated with Georgia and the Carolinas (the likes of R.E.M.) but the Ocean Blue hailed from Hershey, PA (discovering them meant I could associate the city in my home state with something other than bad chocolate bars). I'm just really obsessed with this song right now.

I'm a bit embarrassed to say that when Glenn Frey died in 2016, I mourned not over my Eagles records, but over a low-quality Youtube recording of this song off the "Miami Vice" soundtrack. I suppose it was because there's a certain timelessness to the Eagles (even if you have a "Lebowski"-grade dislike of them), and there are surviving members of the band dedicated to keeping their music alive, but this song is such a (wonderful) relic of the '80s that probably won't be passed down through generations like "Hotel California" is. Frey played almost every song on this track, but he did not, sadly, play the saxophone part (studio musician Bill Bergman did).

Ska music doubtless makes great use of the trumpet and trombone, but I wish more ska acts used the saxophone more often. I suppose this is why I love second-wave ska band English Beat and this song so much. Second-wave, or two-tone, ska was all about people coming together in a politically tumultuous time and celebrating cultural syncretism, and I really think we're due for a fourth wave (the third wave taking place in the '90s).

Nicole Marie Nigro
Individual Creator
8327
c1.staticflickr.com
Where to start...... Let me start with the cliche that life throws us curveballs and what we do with it is what counts.