Saggin Pants: From Slavery To Modern Day
Odyssey
CurrentlySwoonLifestyleHealth & WellnessStudent LifeContent InspirationEntertainmentPolitics and ActivismSportsAdulting
About usAdvertiseTermsPrivacyDMCAContact us
® 2023 ODYSSEY
Welcome back
Sign in to comment to your favorite stories, participate in your community and interact with your friends
or
LOG IN WITH FACEBOOK
No account? Create one
Start writing a post
Lifestyle

The Truth Behind The Theory 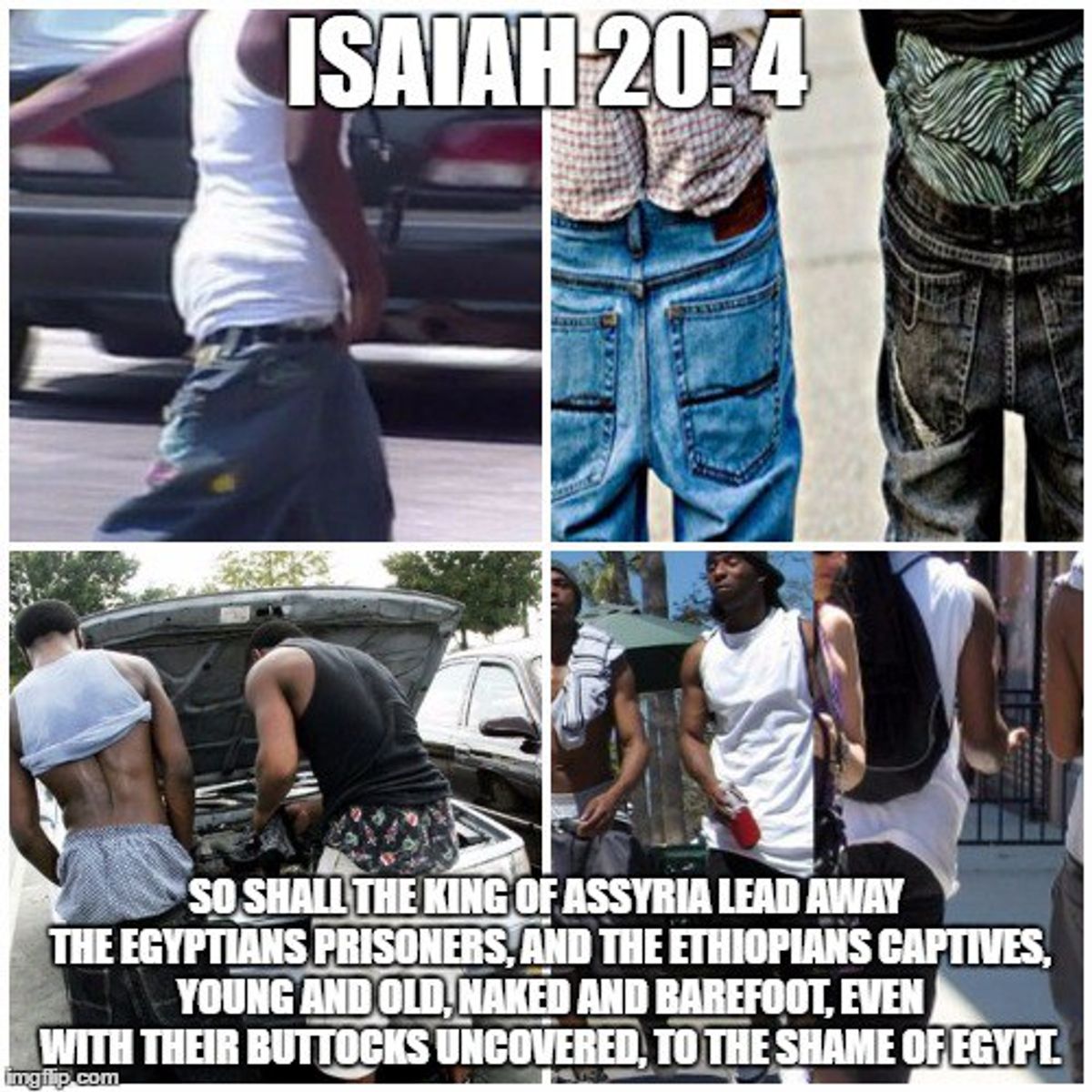 Living in the 21st century, have you noticed a change in the way our youth are wearing their pants? It's no secret our kids are participating in a trending style of dress, at least it is to them. To them, it is cool and a way of expressing themselves; however, the true meaning behind saggin' pants is mind-blowing. It is their prerogative how they choose to wear their pants, but to some it is a form of disrespect and meant to humiliate.

I am only writing this article to inform and educate our youth behind the saggin' pants theory. The word "saggin" spelled backwards is niggas, although many different races are doing it also. Some speculate that the saggin' pants theory came from prison. A prisoner would claim another inmate by having him wear his pants down low for easy access and to show that the inmate belonged to him as his property, although some disagree with that theory. Wearing saggin' pants is not only bad on the eyes, but according to blackhistory.com, ''70% are more likely to prematurely ejaculate during intercourse as a result." Upon further reading it is said that the saggin' pants theory came as a result of a process called "breaking the buck." This process is known as one of the most heinous acts known to men according to diaryofanegress.com. During slavery, the owners would punish the slaves who got out of order by humiliating them in front of their friends and families. They were beaten with whips until they bleed, and then the owner would cut down a tree putting the disobedient "buck" into submission. He would then put the worn slave over the tree stump and remove his garments exposing his ripe bottom. The owner would rape the slave in front of his family and invite other slaves owners to join in. Then the owner would make the slave wear his pants below his bottom letting others know that he was broken.

The Bible says in Hosea 4:6, "My people perish for lack of knowledge." This article is meant to inform, not to judge. We are living in America, the land of the free; however, former slaves paid the price. I hope next time you decide to wear saggin' pants, you think of what it truly signifies and represents.

QueenRadhi
The State University of New York at Stony Brook
2931