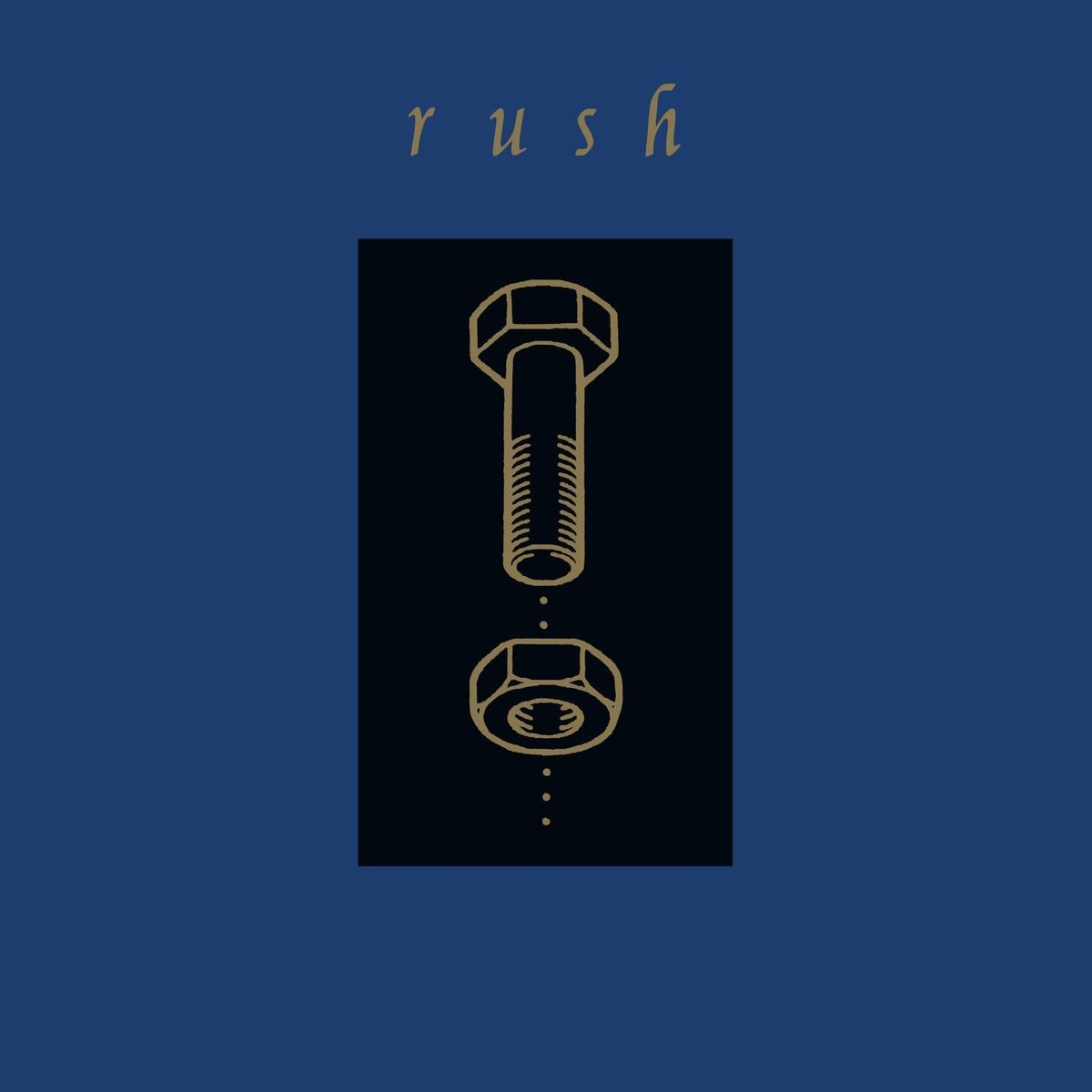 Rush's previous release Roll the Bones opted towards a more simple hard rock sound. Counterparts definitely has a hard rock sound but is much different from any of Rush's previous releases as it is heavier than the band has ever been. Counterparts has a huge decrease in the use of synths and puts more emphasis on guitar than any Rush release in years. The simple rock sound of Roll the Bones is abandoned on this album for a far more progressive feel.

Counterparts was a very popular release as it charted at #2 on the Billboard 200 chart and #14 on the UK albums chart. It has since gone Gold in the U.S. and Platinum in Canada. The strengths of the album are its progressive hard rock sound, Lifeson's increased guitar work, and the dark and emotional lyrical themes of the album. The sole glaring weakness of the album is the track "The Speed of Love" that is far weaker than any other on the album. Here are my thoughts on each track.

"Animate" begins with a much more advanced and heavy sounding guitar than Rush has ever had. I love Geddy's bass work, that keeps up with Lifeson's guitar throughout the entire song. Neil's drumming is on point as usual, and Geddy's vocals sound very good. Rush sounds almost like a progressive metal act on this track due to it's much heavier sound. Lyrically the song is about the struggle men have in trying to balance their feelings that are both logical and emotional. Lifeson's guitar solo is emotional and well executed. "Animate" gives any fan of Rush a great feeling, because of the songs balance of all the things that make Rush great.

"Stick It Out" begins with an extremely heavy and dark guitar riff. Geddy's vocals are haunting and definitely have a darker feel to them. The chorus to the song is heavy in both its lyrical and musical approach. Neil's drumming is great during this track and complements the guitar perfectly. Lifeson's guitar is what really gives this track its very heavy feel though. The guitar solo is perfect because of the effects Lifeson uses during the solo. Lifeson's mix of slower paced haunting guitar riffs and heavy riffs is what makes this song so great.

"Cut to the Chase" has a very nice mix of bass, guitar, and vocals to begin the song. I like Neil's quick paced drumming during the track and Lifeson's heavier sounding riffs. Geddy's vocals are not as good as they were on the first two tracks, but they are still solid. The bass work is very audible and amusing to listen to. Lifeson performs another very good guitar solo that is somewhat quick in its delivery. "Cut to the Chase" is a strong track.

"Nobody's Hero" is the most emotional track from the entire album. It begins with acoustic guitar and lyrics about Neil Peart's recently deceased friend and how because of how different he was, he will never be anyone's hero. Lifeson's short electric guitar parts between the choruses and verses are well executed and increase the emotion of the track. The choruses are so emotional and lyrically driven with perfect instrumentation. Lifeson's solo is emotional and won't blow anyone away, but perfectly fits the mood of the track. "Nobody's Hero" is the most beautiful track from the entire album.

"Between Sun & Moon" begins with another great guitar riff. Neil's drumming is perfect as well. Geddy's vocals are really good until the chorus, which is definitely the weakest part of the song. Geddy's voice here sounds pretty poor. The instrumentation is very good though as Geddy's bass shines during the chorus. The instrumental interlude is very good though as Neil really shines on the drums. Lifeson's solo may be different, but man is it good. If it wasn't for the lackluster chorus on this track, I would definitely like it a lot more.

"Alien Shore" begins with some really great guitar and bass to start the song off. I love Neil's drumming during the song as he uses a very cool beat that really compliments the rest of the song. Lifeson's guitar is subtle, but very effective and Geddy's bass reigns supreme. The chorus is very anthemic and easy to sing along to. Geddy's vocal delivery is solid, but is not spectacular. The guitar solo is full of life and has terrific effects and is delivered perfectly. "Alien Shore" is another very good song.

"The Speed of Love" is a very dramatic and cheesy tune that I really have grown to dislike over the years. It meanders on throughout its entirety, it has no climax and really bores the listener. Lyrically it's so cheesy that it's laughable. Geddy's vocals are actually decent and his bass work is also very good. Lifeson's guitar solo is very good as well. Sometimes a song can be decent musically, but due to its anti-climatic nature, "The Speed of Love" is a really dull and boring track.

"Double Agent" is the most different and unique track that the band has ever done and sounds like no other in their discography. It's like "The Necromancer," but on steroids. The bass work is great and adds to the song's uneasy feeling it gives you. Alex's guitar work at times is very frantic and gives the listener an anxious feel. Geddy's narration is very creepy and adds to the song's uneasy nature. I really like the chorus, it's very anthemic and easy to sing along to and is a complete tempo change from the spoken word verses. Neil's drumming is also fantastic. The guitar solo is frantically paced and is so strange sounding, but I absolutely love it. "Double Agent" is fantastic.

"Leave That Thing Alone" is the excellent instrumental track from the album. It begins with a very light sounding guitar riff that is soon met with some very groovy bass. The synths are actually really nice as well. Lifeson's guitar is full of emotion and Neil's drumming is also outstanding. Lifeson's riffs are also really nice and Geddy's bass lines are so groovy. Lifeson's soloing during the track is fantastic and really shows his masterful guitar effects. "Leave That Thing Alone" is among Rush's best instrumentals.

"Cold Fire" begins with some great guitar and groovy bass. Geddy's vocals are perfect and Neil's lyrics are very heartfelt. The chorus is fantastic and full of life. Neil's drumming is very good as well. The verses are so catchy and well delivered. "Cold Fire" really sounds more like Rush's signature sound than any other song on the album. Alex delivers another fantastic solo on the track that is very different from the others on the album. I love "Cold Fire" and it is one of the best tracks on the album.

"Everyday Glory" is the third softer track from the album, but unlike "The Speed of Love" it is actually a solid song. The guitar and bass are both very well executed during the track. Geddy's voice at times is definitely not my favorite and the chorus is definitely full of emotion, but it doesn't have the same effect on me as some of the other choruses. The guitar solo is fantastic and is one of the best from the album. "Everyday Glory" is an emotional track that doesn't quite reach its intended emotional heights, but remains a solid song in the band's catalog.

Rush's Counterparts is the best sounding Rush album after Grace Under Pressure. Counterparts is very heavy sounding when it needs to be and has a perfect level of softness during its more emotionally driven songs. It is definitely not a flawless album though, because of the track "Speed of Love" that takes the listener out of the great rhythm the entire album had up until then. Counterparts is one of Rush's most unique and best releases in their entire catalog.