No, we're not twins. Yes, we do have other friends. 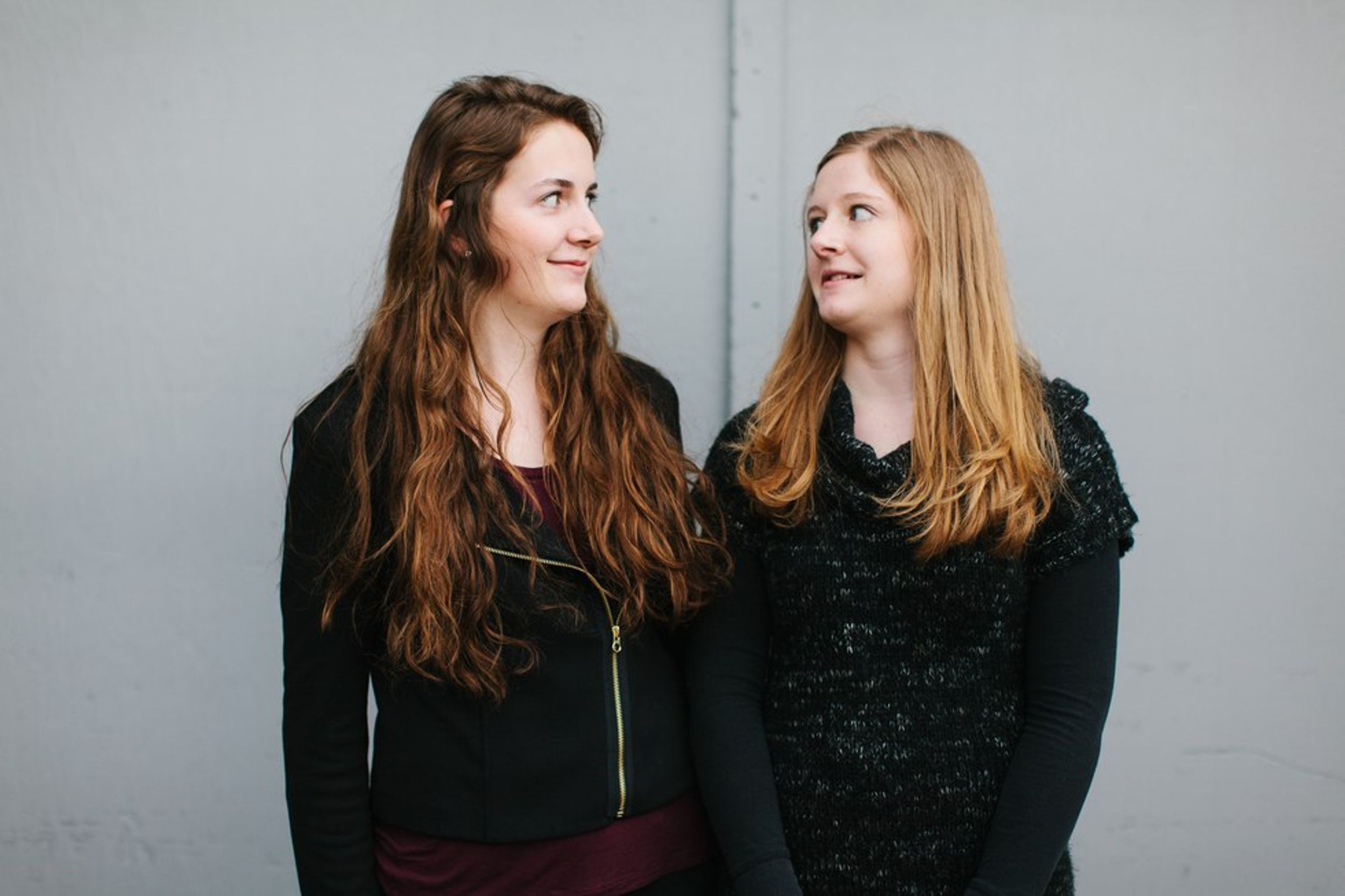 "Oh, what college are you going to?" "Really? Your sister is going there, too?"

If the comments about us both winding up at the same university weren't enough, we thought we'd make it even a little more fun.

Cue the eyes-widening, hasty smiling, and eyebrow raising. Brace yourself for some supportive comments, sarcastic remarks, confusion, and a lot of inquiries.

If you're wondering, we did survive, and here's what it was really like.

You and your sister are eating lunch with some new pals. Then it slips. The shared hometown or (worse) parents. A total conversation halt follows.

"Wait, you guys are sisters?"


The necessary agreement and explanation comes next. After which they can (totally) see the resemblance while a whole lot of our strangely shared experiences and super deep relationship makes (total) sense.

2. Are concerned for your social life.

Truly, it's meant well. But sometimes it does legitimately make me question how people must view my capability to function in the real world. Really (really) do you think that I will go through all my college years never speaking to another soul and staying cocooned by the safety of sisterhood?

Uhm, that would be super weird and not actually that desirable. Yes, we are best friends, and I am beyond thankful for her. But we do (actually) need a break from each other, but not from humans entirely.

We do have other friends. We do have existences apart from each other. (Sometimes, I think the weird thing is wondering why we wouldn't...)

3. Wonder if you actually get along (and what your fighting looks like).

It seems incredulous that we would voluntarily choose to room together because haven't we been in the same house all our life? Aren't we sick of each other? How can we always get along?

Well, it turns out that (sometimes) when you share that many experiences with another person, you can be worst enemies. But we chose to be the best of friends.

And we do fight. But very rarely, and it almost shouldn't be called "fighting." It's usually about who gets to shower first...


2. Get tired of being viewed as one person.

If you are together a lot (or even if you're not) but people know you're related, then they start to assume things about you. You must have so many of the same personality traits and talk the same way. You obviously share the same passions, tendencies, and strange habits.

News flash: We are two actually (very) different people. Sometimes, it would be nice if people would stop assuming if one of us likes/does/is something, then the other must be, too.

If someone doesn't yet know you're related, you can have a lot of fun with that. Imagine randomly supplying people with uncanny amounts of information about someone (their first word, their strangest Christmas gift, their longest habit) at a moment's notice. Or having a game to see how many people in a class that you're in together, you can keep from finding out your relation. Or letting them try to figure out why you share a car.

People can get pretty creative when they're totally missing the obvious.


4. Wish people knew it was OK to invite just you.

The other one won't be offended. Actually, they'll probably be happy you're one of the brave to extend the invite to the one you actually want. Trust me, it's no fun to be the sister tag-along invited because of polite invitation extension.

People get you confused anyway. The temptation is real (so real) to try it out. Just once. Swapping places for a day or even for just a conversation with a new acquaintance? It's more fun than you might think.


6. Find yourself having a double standard.

Having a sister as a roommate can remind you of one fact: she's not "choosing" you or deciding if she actually likes being with you. She's stuck with you. You're gonna be related... forever.

So, the temptation to be a little ruder or leave that basket of laundry out for a little while longer than you should becomes pretty intense. She's stuck with you in this room, and you don't have to try to win her over. She already knows you (better than you might even realize), so the tendency to be laxer in cleanliness and politeness can be strong.


7. You get good at evading (ahem answering) questions.

You've lost track of who knows. And there are some serious benefits to people not knowing (and some serious fun). So you decide to remain an individual and become skilled with your language.

When you're together and someone asks "where are you from?" One answers with the state and city. The next answers with just the state. Comments on living in that region their whole life. Shifts to her desire to move somewhere else. Asks if the questioner has ever been to that area.

8. Can count on a reality check.

Let's face it. You're living with someone who has known you literally all your life. They know how you work, and they know when you're trying to pull something or when you need to get your head out of the clouds.

Rooming with your sister guarantees that somebody will always be there to keep you on the straight and narrow whether you want it or not (but always when you need it).

Yep, this sister-roommate life has its benefits, its challenges, its joys, and its pains.

But did it work?

Well, that's kind of a subjective question, but if you ask us? We're gearing up for round two.