Romp-Him? I Hardly Know Him!

Romp-Him? I Hardly Know Him!

The bro-sensation stupidly sweeping the nation 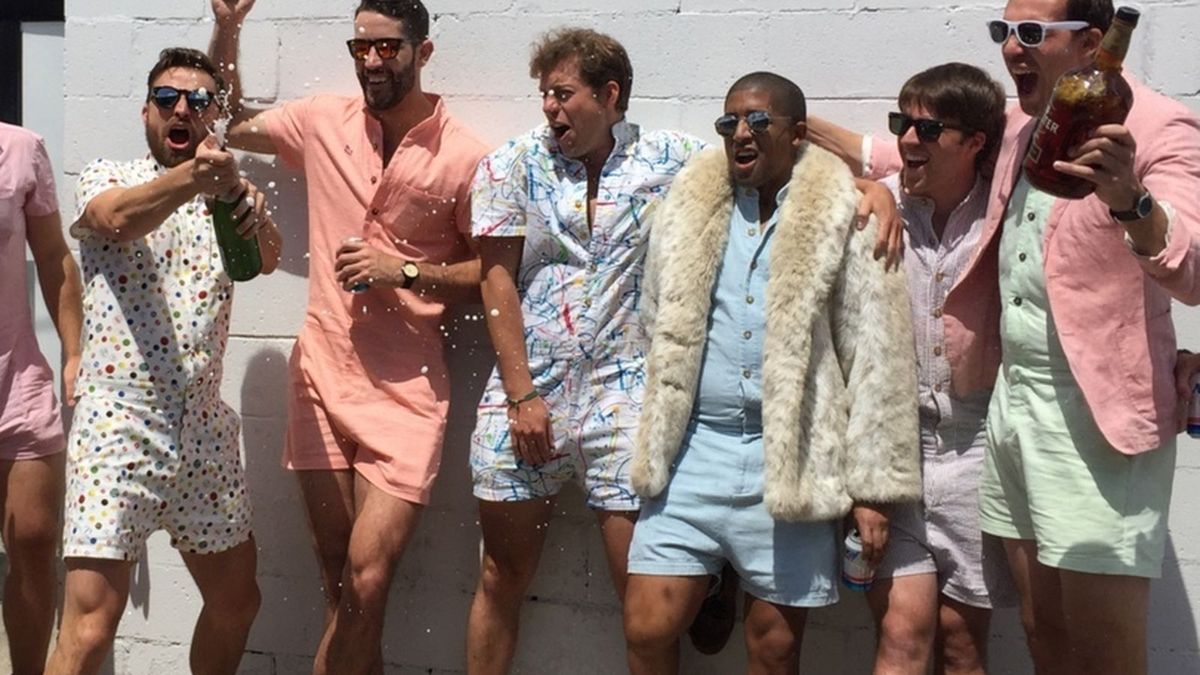 There's nothing that I despise more than a rich idiot or a successful, dumb idea. It just really stirs up my Irish temper when you make it successfully through college, graduate with a double major, on the verge of heading into law school while fighting tooth and nail to find a means to beat back the wrath of Debt with every means necessary. And then you hear about Cash Me Outside Girl, who's cumulative IQ alone would make an impressive golf score, who is slated to have her own reality TV show. Aka Danielle Bregoli from Florida (shocking) stands to rake in millions, in essence proving how the pop culture and the media endorse stupidity has the prime commodity in today's world.

Now I was able to survive the rise of fidget spinners, and didn't even bat an eye with the creation of the unicorn latte, but this week I could no longer avert this topic. Early on Monday Kickstarter released the campaign sponsored by Ace Design for their latest fashion design: the RompHim. That's right, a romper designed for bros everywhere. And you can get it in sky blue, salmon (cause god forbid it's pink, so why not name it after a fish), and spatter paint rainbow. Their pledge goal was $10,000 and as I'm writing this they currently have received $308,467.

After seeing the pics there were many, MANY thoughts that went through my mind, but first and foremost was one word: copyright infringement. Why you might ask? Well look no further:

That's right. That would be Sean Connery, the original 007 himself in the hit Goldfinger proudly wearing a romper. Sean, if you're reading this I hope you've got a Cease and Desist letter in the mail already.

The second thought was this: how does one take the pants off? I mean...how? Is there a secret code, key, or magic spell one has to memorize? Like when nature comes calling and one has to go to the bathroom, it'd have to take a half hour at least to get them off, followed by another half hour to put them back on. Then imagine the poor souls wearing these while out at the Sigma Tau Optimus Prime or whatever frat luau, they get drunk, and then they've gotta relieve themselves but can't find the nonexistent zipper. Paints a real pretty picture, doesn't it?

The third thought was...wait, does this mean neon colors is out? Cause it seems nowadays whenever I go into the gym the "bros" and "dudes" are wearing those horrendously loud muscle tees with overused quotes like NO PAIN, NO GAIN in bold as if the shirts weren't loud enough. Ever since graduating I've fallen out of what is cool and not cool by pop culture standards so it takes a little bit more effort to stay in the loop. Besides, I myself have worn these same bright colors so I guess that's a strike for me. But I digress - it appears that it's appropriate to appropriate things that are controversial for the sake of getting attention. Or wait....that's always happened hasn't it?

The fourth thought was a sudden realization - why get all worked up over this? Just as the sun will rise every morning, there will always another Cash Me Outside girl, another unicorn latte, another fidget - whatchamacallit. There are idiots out there with their own opinions and choices. They can wear whatever they find that suits their fancy. The trick is for us to stop falling for the stun factor and no longer give them air time, money, or space in our mind. And with that, it's time to don my Pokemon pajamas and call it a night.