Rogue One: A Review

I am one with the force, the force is with me. 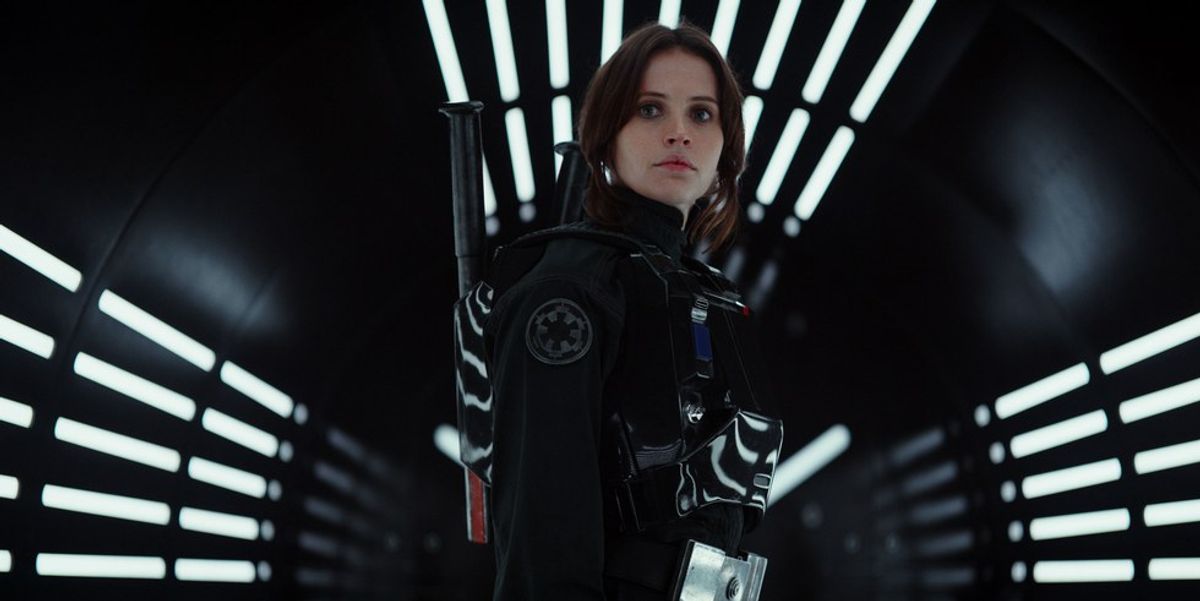 *** This article contains spoilers for The Force Awakens and Rogue One ***

If you're like me, you grew up with Star Wars being a significant part of your live. When I was a kid, I aspired to be princess Leia and had a small collection of Ewok plush toys. Star Wars is a type of movie franchise that stays with you in your heart and continues to be a part of your life.

The first six movies have been something I watch almost religiously every year, and it is something my brother and I grew up getting to do together. We love these movies more than anything, so you can bet we saw the new ones on premiere night, first in line.

However, I should say that my brother and I fall into the category of Star Wars fans that were not brought to our knees during The Force Awakens. The best part of The Force Awakens, for me, were the original characters. When Leia and Han's eyes met for the first time in years, my heart raced and my eyes welled up with tears. These characters mean so much to me, and there was love in their hearts (on and off screen.) At the end, when Luke turns around and sees Rey holding his lightsaber, a huge piece of who he is, that was one of the best parts of the entire film.

While Adam Driver slays the stage as Kylo Ren, I was not thrilled with his character overall (probably because he murdered my favorite character, but I digress). So, I didn't have super high hopes for Rogue One going into the film, even though I arrived an hour early and beat the lines.

Before I delve into my opinions on the characters and plot, I should mention that I am a huge fan of the Star Wars soundtrack. The fact that RogueOne did not have a title sequence and did not use much of the original score was a little bit of a disappointment for me.

However, as a stand-alone movie, Rogue One was a decent film. All the characters were written well and the plot made sense and went well with the Star Wars storyline. Even the ending of Rogue One was well done, because it incorporated the first movie from the franchise at a perfect moment.

I enjoyed the incorporation of Darth Vader and the comedic relief of C-3P0 and R2D2, because they are always some of my favorites.

I think Disney has done a good job as far as keeping the backbone of these films, and they definitely have the fans in mind.

While there were a few dissapointments for me, I really enjoyed Rogue One because it offered a lot in the ways of a Star Wars film, and that's all I could ask for as someone who has avidly followed the series thus far.