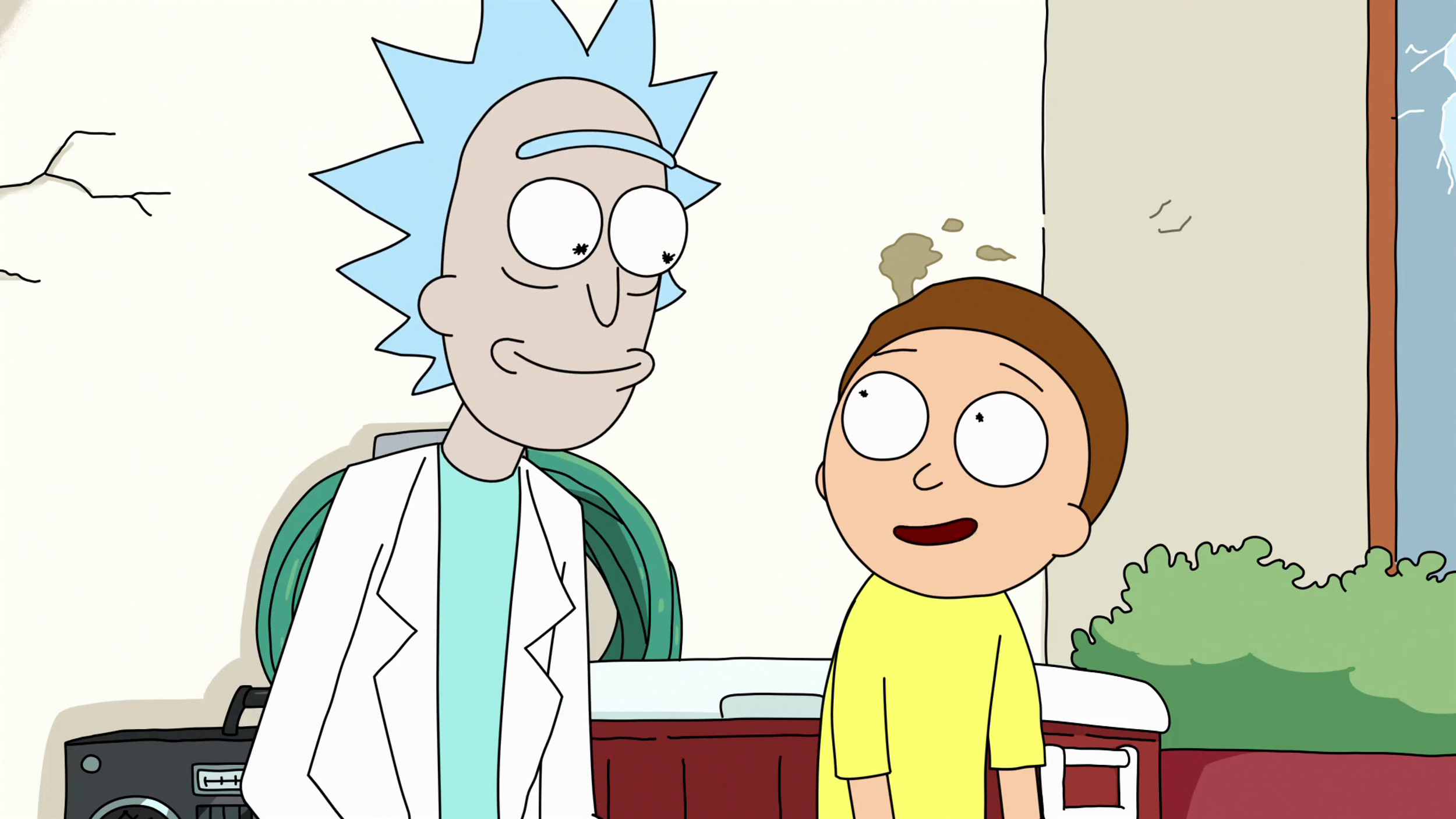 I guess I couldn't keep it to just anime. If you don't know what I'm talking about, I wrote an article just like this but about anime characters (from Fullmetal Alchemist: Brotherhood and Death Note). If you haven't read it yet, you should totes check it out. Just hit up my profile.

This week, I'm going to cover one of my favorite American animated television series: Rick and Morty. Here we go!

Some have claimed Rick is an E due to his love of partying. However, it's possible to be a very social introvert, and Rick does seem to need a good amount of time alone and gets fed up with most people quickly (not that that's a sign of an introvert necessarily, but it might be a sign of an introvert with psychological problems, which I think Rick is). He has a love of science and discovery, which strongly point to NT, and also loves adventure and doing things without a plan, which makes me fairly sure he's a P.

One reason Rick and Morty are so close is that their personalities are so similar. But I think they most commonly disagree on morals. One example of this is in the episode "Mortynight Run" (2.02) in which Rick is fine selling a gun to a galactic bounty hunter, but Morty is outraged when he witnesses Rick doing so. Morty's strong sense of inner values and morality is common of INFPs. One sees Morty's idealism (NF) clashing with Rick's rationalism (NT) throughout the show, which is part of what makes it so hilarious: they have polar opposite reactions to the same thing a lot of the time. Like Rick, Morty's fairly spontaneous, so I'd bet he's also a P.

ESFJs care a lot about their reputation, which is one of Summer's biggest values. She spends a good amount of time talking about the cool people at her high school and wanting to be accepted by them, evidenced in part by all the time she spends on social media. She's very outgoing (E), sensitive to her feelings and those of others (F), but grounded in reality more than in thinking of hypotheticals and theoretical concepts (S). She also seems to like having things planned out and having control over her time, suggesting J.

Rick and Morty is a wonderful series: it's thought-provoking and extremely creative. You should definitely watch it if you haven't, I highly recommend it (though it is a little dark and existential, so if you're not into that, then maybe it's not for you). Also, as I did in my other article, I'd like to share the website that got me so into Myers Briggs types: https://www.16personalities.com. You can take a free personality test there if you want to see what the hullabalo is about. Hope you look into both Rick and Morty and MBTI (Myers Briggs Type Indicator), as I think they are life-changing. (Which, when you think about it, actually doesn't mean that much. Like, EVERYTHING changes your life. Even if it's just a little bit. Like if you start watching Rick and Morty it will change your life because you'll have gone from a life where you didn't watch it to a life where you did watch it. Wow, that's a thought.)