The Richest Country In The World Cannot Help Puerto Rico In Its Darkest Moments
Odyssey
CurrentlySwoonLifestyleHealth & WellnessStudent LifeContent InspirationEntertainmentPolitics and ActivismSportsAdulting
About usAdvertiseTermsPrivacyDMCAContact us
® 2023 ODYSSEY
Welcome back
Sign in to comment to your favorite stories, participate in your community and interact with your friends
or
LOG IN WITH FACEBOOK
No account? Create one
Start writing a post
Politics

The richest country in the world doesn't care about it's citizenry. 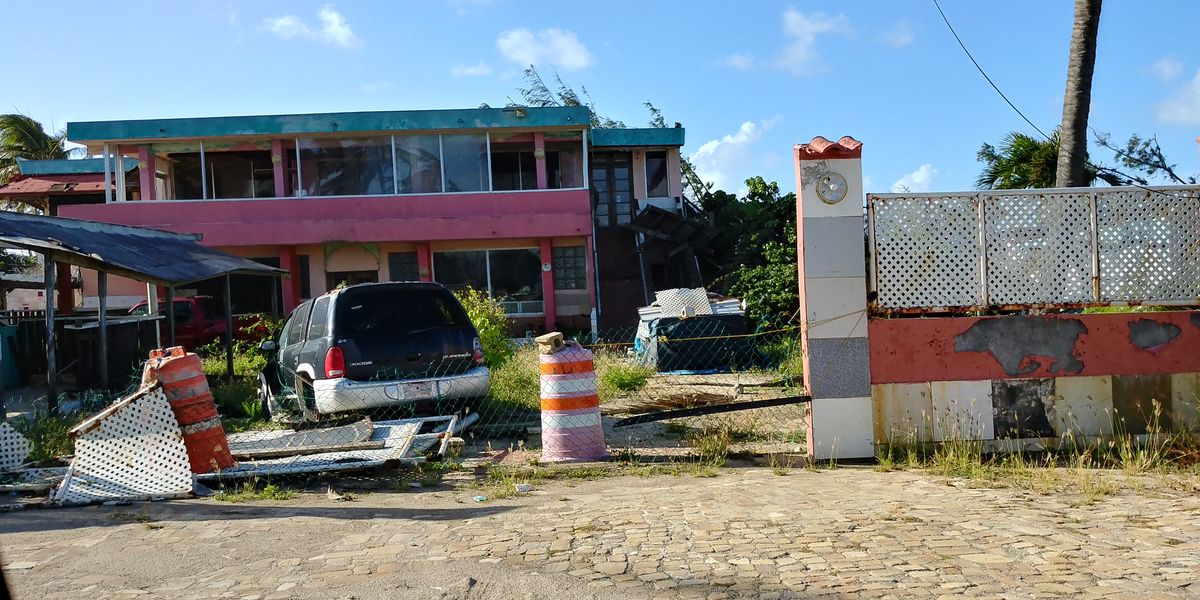 Imagine a tropical island, filled with many hidden wonders of the world. It is beautiful, yet you cannot imagine it as home as many others do. That is my relationship with Puerto Rico. I feel pride but somehow, I don't think I would be comfortable living there.

My family lives there and all, and I love them all to pieces, but I don't feel comfortable living there due to the neglect that Puerto Rico receives. Its health care is more broken than the United States, its education is worse, not due to any of the teachers, but the lack of resources. Many professionals are leaving the island along with many families and workers.

A cycle has begun to repeat itself, with the island completely losing power on Wednesday, much like it did in September. A cycle of destruction and a lack of assistance. These issues will keep occurring because the infrastructure is fundamentally flawed in Puerto Rico, even more than the rest of United States, which has a D+ ranking in infrastructure.

I visited the island recently in February, about five to six months after Hurricane Maria's ravenous rage. The cities had mostly recovered, but many rural areas were still in ruins. It was unknown if these places would ever receive the care they needed.

Pictured below is my father's old elementary school, and while it was shut down years ago, it is representative of how schools in Puerto Rico still look like. Some of my aunts in Puerto Rico are teachers, and their schools were canceled for months on end.

Hurricane season is soon, and with current climate trends, another Hurricane Maria is certainly on the horizon.

Is there a way to stop any further destruction? Most likely, yes. But does anyone want to really do anything about it? Ask Congress, they don't care. Only now months and months after asking for help repeatedly are they sending any large amounts of aid. It took them months, and while that occured, many people left and school was canceled for months on end.

If Texas lost all power, the American government would care; California, New York, heck even Nebraska, would receive more care than Puerto Rico ever would. As much as some people would like to deny it, Puerto Rico is very much a part of the United States. Every person on that island is an American citizen — people who participate in our military, economy and lifestyle, without the benefits of being in a state.

No one on that island can vote. They cannot vote for people who might be able to gather federal funding to rebuild the island and improve the electrical grid and overall infrastructure. Yet they are still American citizens, who live and die right by our sides.

This picture shows a place that used to be someone's home. Can you imagine having to move out of your home after so many years? Most people don't even have the money to move somewhere else, so they live in their houses with a blue tarp as a roof and open windows.

Can you believe that this is happening in America? Can you seriously believe that we are the richest country in the world, but people live without roofs on their head?

We are the richest country in the world, but people we call citizens are treated as statistics and borderline second-class.

There were still people without access to water while I visited my family, they didn't even have water! They are surrounded by nothing but water, but they had none that they could actually use. Forget power; there was no water. There was also a huge lack of healthcare for a couple of months as well.

Many hospitals were overcrowded, and many deaths occurred as a side effect of Maria. The hurricane caused everything to lose power, and while the hospitals had generators, many of them were old and barely lasted as long as they needed to. I have an uncle who relies on dialysis twice a week, and he couldn't go to his life-saving therapies for about a month or so. My father was ill, too, but he was focused on volunteering and helping others during the aftermath that he had no time to focus on his own problems.

It is going to happen again and again until someone decides to care. Over and over and over and over. So many lives will be lost to hurricanes much like Maria, and it is not improbable that one stronger will come into existence. Will the aid around now really help with damage recovery? Will it be enough to simply repair and not implement new safety methods for future hurricanes that will occur?

Many of those natural wonders, those hidden gems, are ruined. El Yunque, the only rain forest in the United States, is inaccessible as most of the canopy is completely destroyed. Many famous beaches are unreachable or unusable, like the beaches on the tinier sister islands, Culebra and Vieques. Luckily, the tides have started to change thanks to tourism.

Maybe one day, someone will care enough to help Puerto Rico raise up again, but the fundamental issues that cause many of the problems I have mentioned will take years upon years to fix. It is only a matter if we decide to help those who are supposed to be our brothers and sisters.

To aid Puerto Rico, you can donate to non-profit ConPRmetidos to finance long-term relief and to The Hurricane Maria Community Relief & Recovery Fund to fund immediate rebuilding efforts.