"The World Is No Longer Mysterious": Richard Siken, "Supernatural," And Why They Correlate

"The World Is No Longer Mysterious": Richard Siken, "Supernatural," And Why They Correlate

No, "Crush" wasn't inspired by the show. 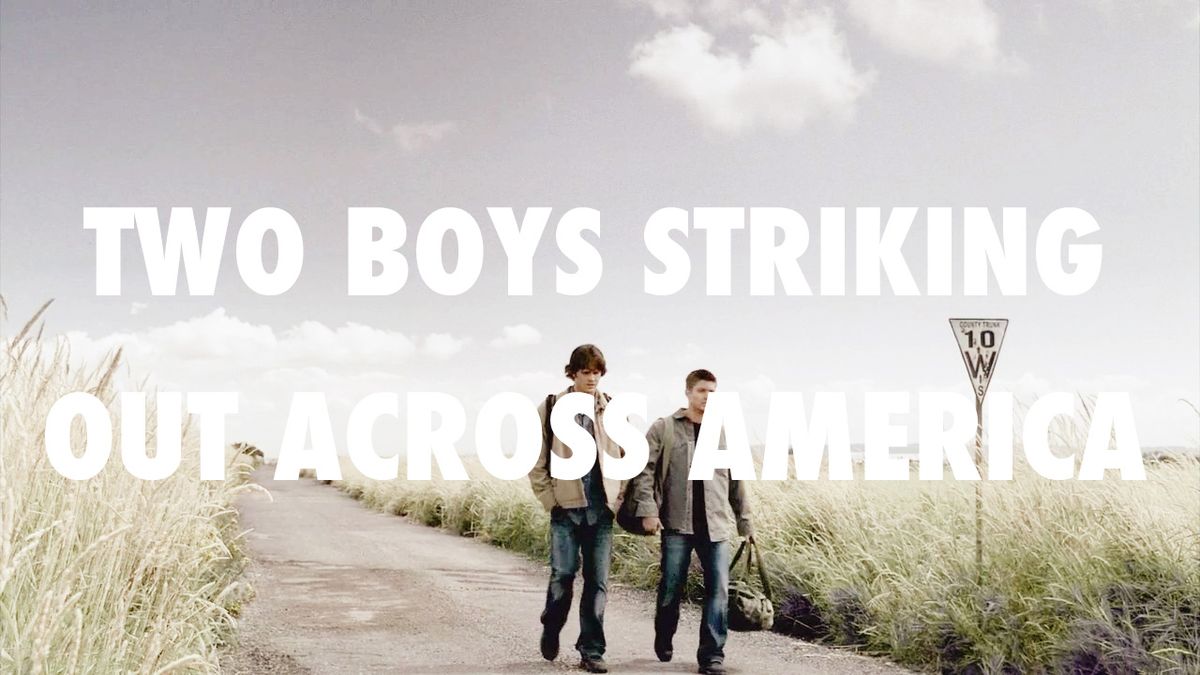 Home of the Nutty

In 2005, the first episode of Eric Kripke's "Supernatural" aired on the CW. A year prior, Richard Siken's poetry book "Crush" won the 2004 Yale Series for Younger Poets. At their inceptions, it is doubtful that either Kripke or Siken anticipated the plethora of fans they would attract over the next ten years. However, today both have gathered huge fanbases, in part due to promotion through the blogging website Tumblr.

Of course, fans of the two were bound to overlap. (Guilty as charged.) And it didn’t take long for the people both watching "Supernatural" and reading "Crush" to connect the two works.

"Supernatural" follows the journeys of Sam and Dean Winchester, brothers who travel the United States under their motto, "Saving people. Hunting things. The family business." Basically, they’ve been tracking down and killing monsters their entire lives, ever since their mother was killed by a demon when Sam was a baby and Dean was four.

"Crush" deals with many of the same themes as "Supernatural," including the open road, guns and violence, a pervading sense of danger, and codependent love. Of course, Siken's book was accepted for publication before "Supernatural" even aired, but that has not stopped fans from asserting that "Crush" was inspired by the Winchester boys.

Last winter, to promote the release of his second book of poetry entitled "War of the Foxes," Siken created a Tumblr blog, posting think pieces on the reception of "Crush" over the past ten years and following blogs with a presence in his own fandom. (He hasn't posted in months, but for some reason, his blog is still up. And for some reason, he still follows me. It’s always been a little unnerving.)

In one of his think pieces, Siken spoke in-depth about this movement of fans linking his work to other media, especially "Supernatural." As he puts it, there was "no interaction between poet and show." In an interview discussing this, Siken maintains that both "Crush" and "Supernatural" are "products of a cultural moment, not products of each other."

Through Tumblr, for a brief period of time, Siken was involved with "Sherlock," another fandom that connects to "Crush." The difference between this and "Supernatural" is that "Supernatural" so closely correlates to "Crush's" themes that people all but insist they are the same work. The distinction between poet and show in "Sherlock" is obvious. In Siken's own words, he "can participate in the Sherlock fandom because there's room for [him]. It's impossible to confuse ["Sherlock"] and 'War of the Foxes.'"

But it is not impossible to confuse "Supernatural" and "War of the Foxes." Don't get me wrong here, I in no way believe "War of the Foxes" was inspired by "Supernatural." I think, like was mentioned about "Crush," both works are products of culture, and thus both works mirror each other in theme and emotion. And in terms of emotion, "War of the Foxes" is not dissimilar to "Crush." Maybe it's a little more large-scale, because it lacks "Crush's" constant narrator and specific address, but the same feelings are still evoked: confusion, anger, desperation.

In whatever he writes, from books to blog posts to editorial letters, Siken tackles the rawness of life, buried issues we don't like to think about everyday. Issues we can't think about everyday, or we'd all crack up. But Siken is not afraid to confront matters like love that develops into an inability to exist independently, unromantic suicide, or the monotony of always running away.

"Supernatural" also does not shy away from these matters. Of course, we're not all demon-fighting brothers raised on whiskey instead of baby formula whose only real home is the backseat of an Impala, but the extended metaphor of battling personal monsters and keeping on the run from them is one that definitely resonates, at least for me.

Maybe a relationship between Siken and "Supernatural" isn't to be made; maybe I'm either, (a) delusional, or (b) grasping at straws. Or maybe art really does reflect life, and both works just so happen to do that in the same vein. Whatever the case, both Siken and Kripke present their own creations, and if you're going to compare the ocean to a blackbird, the least you can say is, they both are exquisitely beautiful.

Buy Richard Siken's "Crush" here and "War of the Foxes" here. Watch "Supernatural" on the CW, Wednesdays at 9/8c or on Netflix.