Because country music is a distinct taste, and only the true fans understand the struggle. 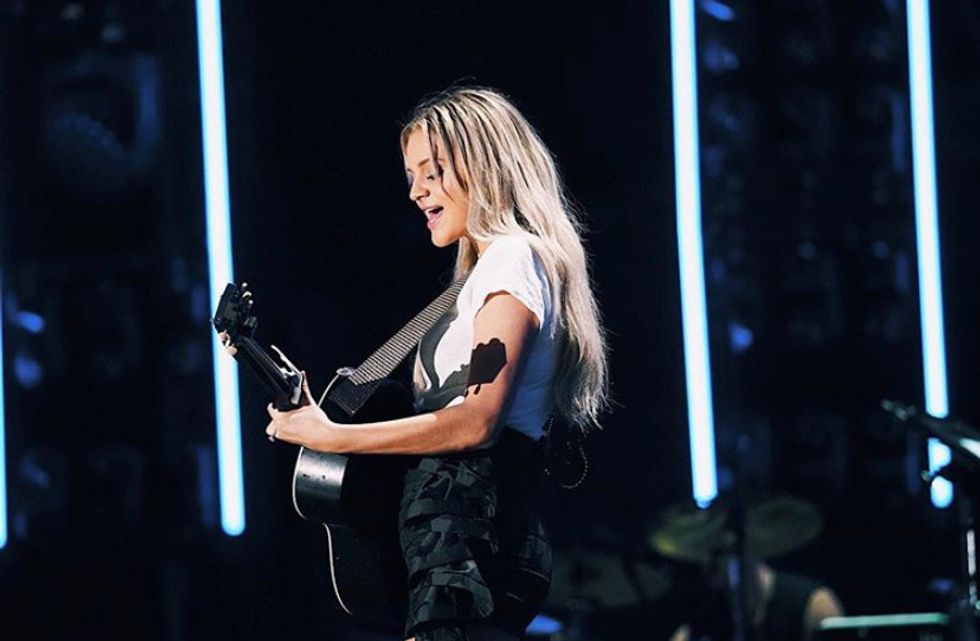 I LOVE country music. I have been a fan of the classic love song sang with just an acoustic guitar since Taylor Swift's Our Song in 2007. However, most people in my generation are bigger fans of pop and rap music as opposed to some good old Tim McGraw, and it isn't uncommon to be the only person in your group of friends who likes country music. If you're part of the minority that actually ENJOYS country music (since it seems most people despise it), here's 23 things you definitely know to be true.

1. You always offer to drive so that you can pick out the music.

2. Getting the aux cord at a party feels like MAJOR stress (your only playlist consists of Miranda Lambert and Florida Georgia Line!)

3. You NEVER know the words to the songs your friends are singing along to.

4. There's no one to get excited with over the new album that your favorite artist just dropped- but you tell your friends all about it anyway.

5. You'll play country songs to your friends with a more "pop" feel to try to convert them to a country fan (que the new Taylor Swift album and "Before He Cheats" by Carrie Underwood)

6. Your friends think that you're going to pick up and move down South after graduation solely because of your taste in music.

7. NO ONE wants to go to Nashville with you! (at least not for the purpose of listening to some good old country music!)

8. Your friends have bought you cowgirl boots/hat at some point as a joke.

9. Any time the subject of music comes up in the group chat, there's bound to be a GIF of someone in a cowboy hat directed at you.

10. None of the love songs that your friends like will ever compare to the AMAZING work of artists like Dan + Shay or Luke Combs.

11. You have to force your friends to go to country concerts with you, and then they complain about the music the whole time.

12. Music festivals feel like a TOTAL waste of money, since you know you won't know any of the music anyways.

15. Your friends think your Instagram captions are ~super~ original, but they're really just lyrics of a country song.

16. Playing music while you bake/clean/do anything always means being made fun of.

17. When you actually do know the lyrics of a pop song, your friends get SO excited.

18. The mashups of country songs on pop radio are simply unacceptable because you know the REAL version (also they're usually about 2 months late to the game).

19. The night of the CMA Awards consists of you sitting alone on the couch with a bowl of popcorn totally fangirling on Instagram over all of your favorite celebrities.

20. If your S.O. doesn't tell you that a country song reminds them of you, it is simply a deal-breaker.

21. You have to ask your friends to show you the "cool" songs so that you can at least sing along to the chorus when you go out.

22. Any time you meet someone new who likes country music, there's an instant connection.

23. Even though you and your friends will NEVER agree on what radio station to put on, you love them anyway :)