Why Rey Is Such An Important Role Model To Young Women

Why Rey Is Such An Important Role Model To Young Women

Leia can't rule the galaxy with a progressive fist by herself. 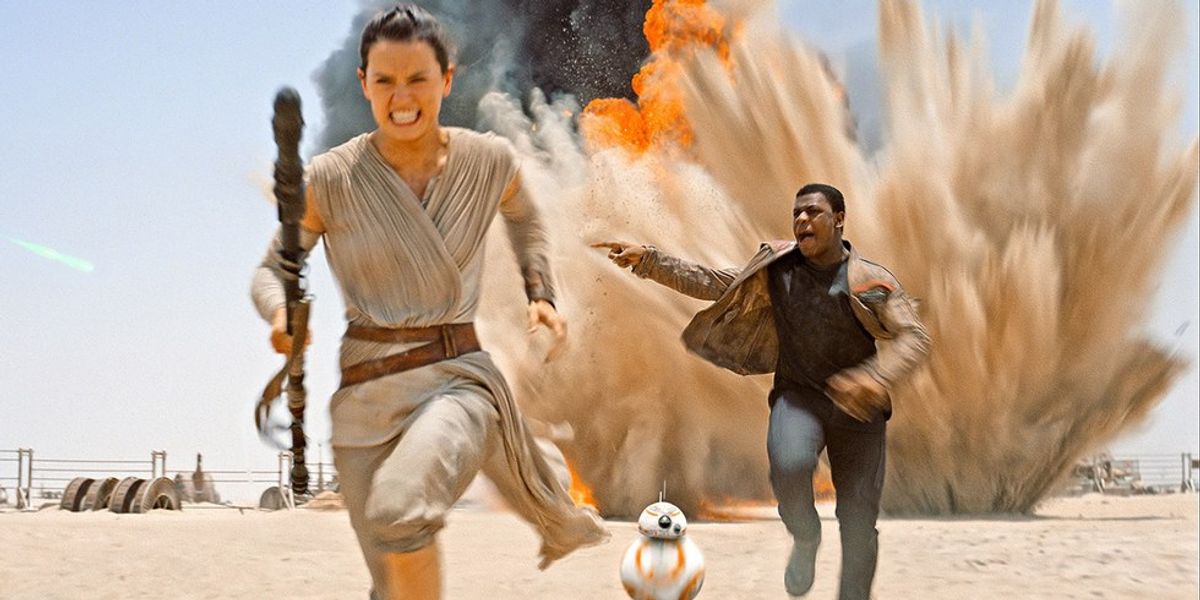 Since the news about the latest installment of the multi-million dollar franchise dropped, the public has had their fair share of divided opinions. You either hate it or you adore it, and don’t care if somebody doesn’t feel the same way as you (even though, you know deep down they are just jealous). But if there is one thing we can agree on, it’s that the new protagonist of the Star Wars series, Rey, is absolutely flawless.

For those of you who have not seen Star Wars: the Force Awakens yet, Rey, a female reminiscent of an early Luke Skywalker, played by actress Daisy Ridley, is already making waves as the next leading lady of our beloved universe. And truth be told, it's about time we brought more girl power to the hero scene.

Young men get a plethora of ‘good guy’ role models in television and movies nowadays, mostly in the form of superheroes and others with powers beyond their human attributes. They have characters they can look up to, in a sense, and follow throughout their movies or TV series; characters that most of us would say, at face value, are not misguided role models to have.

But what about the young ladies in the audience?

Young women today are bombarded with unrealistic, and more accurately – unfitting role models on whom to base their attitudes and behaviors. Even on supposed "kid shows" like on Nickelodeon for example, we see young people, young ladies in particular: dress in revealing clothing, take a nasty attitude with their parents and other adults, careless and a little ditzy, seeming able to do whatever they want, and whenever they want without consequence. Yes, for television and entertainment sakes, the characters and their storylines achieve those goals. Yet, it seems rarely considered that many young people – whether they realize it or not – are very much influenced by the portrayals they see in the media when creating characters and their behaviors in their episodes or movies.

Hence, why Rey is so significant. As of late in our society, we are obsessed with dynamite, progressive women, and rightfully so. It is refreshing to see such a successful, respected franchise introduce a female character – one of the few in the galaxy, it would seem – that defies societal stereotypes. In just one film, Rey shows her complexity. She’s a hero; she doesn’t need saving, in fact she almost resents the idea of needing rescuing. She’s strong, and independent, as one would need to be if they are fending for themselves on a desert planet. However, she’s also loyal, vulnerable at times, and wide-eyed like a child.

Rey is such an intense combination of strength and vulnerability that it is hard not to get wrapped up in her story; you want her to come out heroic in the end. She shows not only young women, but people of all ages, that it’s okay to be tough, and to know how to fend for yourself, but you can also be sensitive, and allow yourself to get swept up in adventure. She can fight off Storm Troopers single-handedly, pilot a spaceship, and she can do it all only showing ten percent skin.