Revolution For The Hell Of It
Odyssey

Revolution For The Hell Of It

Why we need the Youth International Party now more than ever 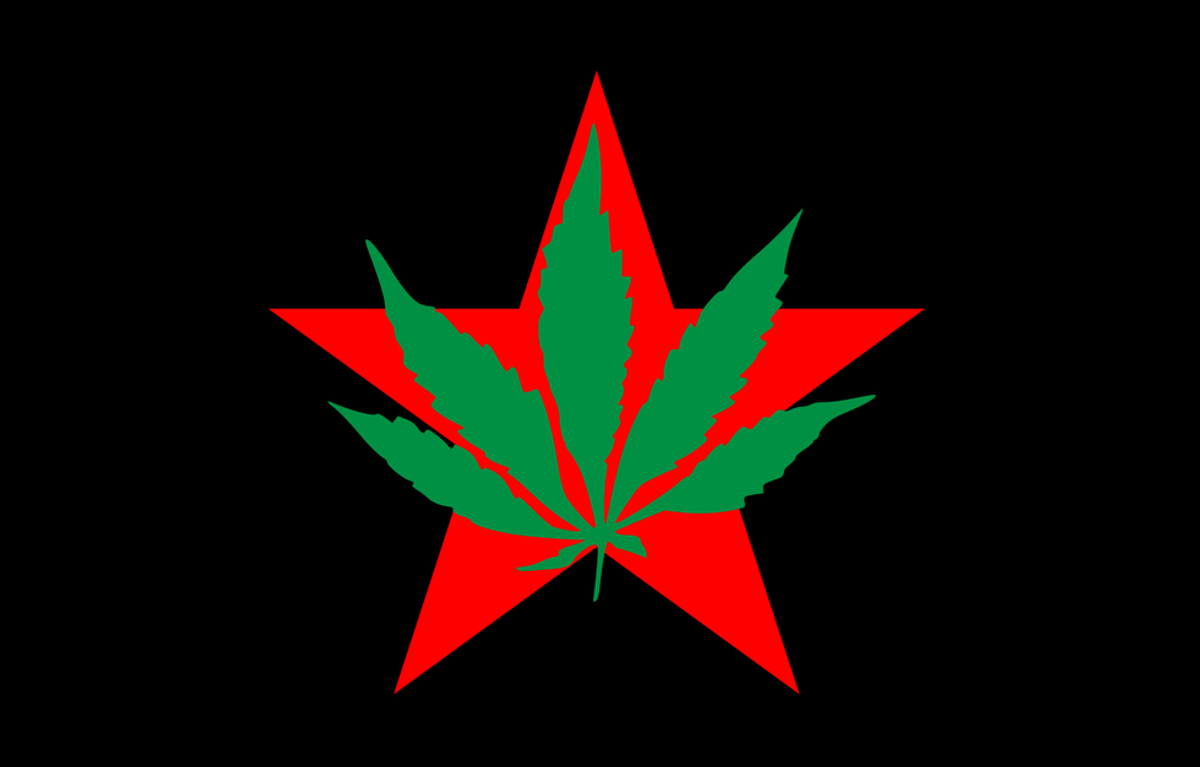 In the wake of recent events, many millennials, myself included, have become disillusioned with the political process, and for good reason. This election started out with an amazing level of optimism and involvement from a generation who is still being taught that they're too young to understand how the world works-- well into their twenties and thirties. As an Anarco-Marxist, I don't tend to believe in voting, but due to this election, and a certain candidate, I believed that there may have been a silver lining after all, and even went so far as to register to a party, and vote in local elections, as well as voting in the primary. But not only did my candidate lose, I was given a glaring affirmation that I was right in a previous assertion, and it pains me to say so. Maybe I'm just angry, but I feel like that reasoning undercuts what this is really about.

I changed my voting registration this week. I am no longer a Democrat. On the registration form, I was provided with an empty box in the party sign up reading "other". I had to do research. Could I just put any party that I want? Sure, there are third parties like Green and Libertarian that have been getting a lot of attention this election, but could I just type anything? Apparently the answer was that I could, or that I could include "no affiliation."

The thing is, there's always been one party that I really jived with, and especially after the past few months, I feel like it's an important one, and one that needs to come back. This isn't an article lamenting my missing a political movement that happened before my parents were born, or that I wish a different result happened in the Democratic presidential primary; but rather, that the Youth International Party needs to make a comeback, and I felt compelled to write that in the form. That's right -- I registered as a Yippie, but this isn't about me. This is about guerilla theater. This is about a protest party. This is about Abbie Hoffman and Jerry Rubin.

With a protest of our current Democratic Nation Convention imminent, we're reminded of Kent State. Of the infamous summer of 1968 where protests were wild, and tensions were high. Martin Luther King Jr. and Bobby Kennedy had been killed months prior, and we were looking for someone to lead us into a brighter future. Needless to say, we got Nixon instead. Between a Democratic candidate who supported the Vietnam war, and a Republican who -- well we know a whole lot about why Nixon wasn't likable, it's not hard to see why people may have been looking for a change. The Yippie party proposed an alternative: Pigasus the Immortal. Pigasus was a literal pig, toted as a presidential candidate. He had a wife and a child, and played the part of a model politician, campaigning on the slogan "if we can't have him in the white house, at least we can have him for dinner." This was the only candidate who would ever run from their party, and it was the only candidate they needed, because they brought up a really good point. Between the choices of Humphrey and Nixon, a pig looked pretty damned good. Unfortunately, the Yippies were arrested on an old law forbidding bringing pigs into Chicago, because otherwise, I'm sure he would have gained the necessary electoral votes.

Wall Street has been a big deal in this election. It seems to become more and more of an issue where our candidates are getting their funding from, and whether they will bring the hammer down on people who make their money solely through speculation. Abbie Hoffman, among others, gained access to the third floor of the New York Stock Exchange and began to shower those below with dollar bills. A cacophony erupted of jeers and clamoring over the loose money. This was one of our first looks into the level of greed that came from Wall Street, and it's a shame that it's taken us this long to really want to do something about it. It's looking like we won't get the reform we need in this election, but it is looking like we're becoming more aware of what's happening -- for better or for worse.

Along with the Beat generation, Yippies were the forefathers of the legalization movement, and we're getting closer and closer to this becoming an actual reality, as it should be. I don't have a fun anecdotal example here, but I feel like it was something to note. Maybe we'll get there soon.

While it was looked on as ridiculous at the time, the Youth International movement had a good amount of foresight, and while the party leaders wouldn't live to see the revolution that they'd inspired (Occupy Wall Street, the Sanders campaign, and many others), they went down in history, and their level of comedy undercut the bitterness and anger they must have been feeling at the time. Maybe that's why I relate so well with these people. I know a lot of us are angry right now, but maybe we just need to turn that anger into a somewhat destructive comedy show. Maybe that's what we've been missing in this election cycle: a sense of humor. I encourage all likeminded individuals to register as the Youth International Party, and to organize. Maybe we can make the same difference that they did in the sixties. Maybe we'll be in history books. We just have to remember that sometimes you need to shout "theater" in a crowded fire.