I wouldn't say that I'm a fanatic, but it's pretty close. 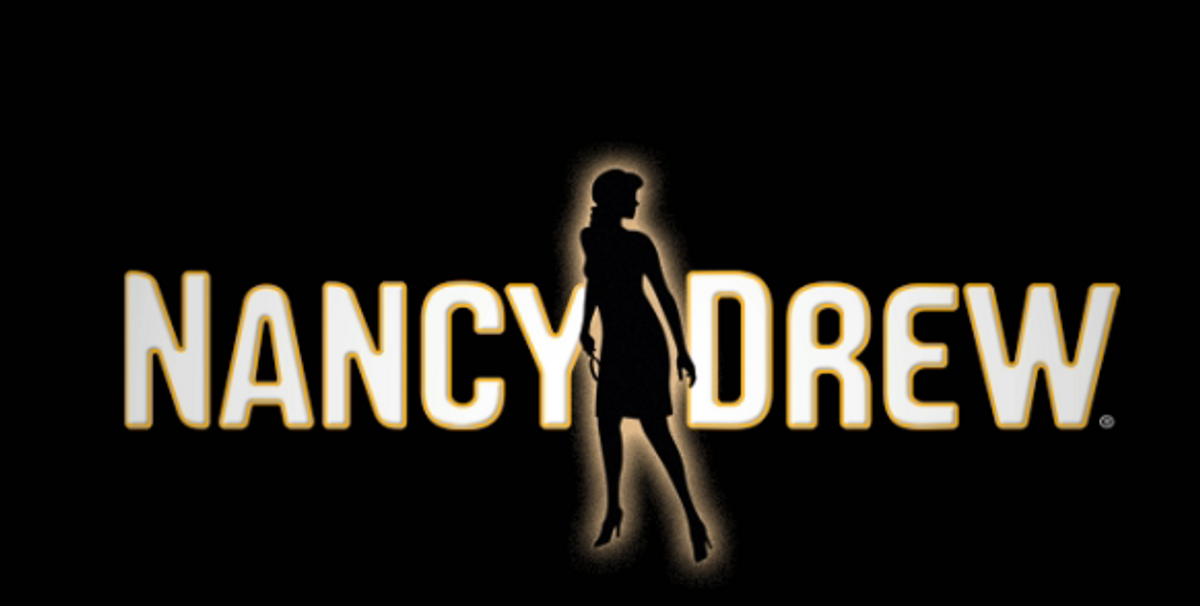 When I was younger, I received a gift for either my birthday or Christmas that set me off on one of my obsessions: everything Nancy Drew. The particular item I got was "Nancy Drew: Secret of the Scarlet Hand,
a video game where you act as Drew to solve a mystery. HerInteractive began releasing Nancy Drew videogames in 1998 that are based loosely on some of the stories. There are 32 games now and I've only played three of them, but I want to play all of them. On a little side note: someday, I plan to have read all 175 of the books written by Carolyn Keene. It's a big task and it's daunting, but I feel it necessary. I might even throw in the Hardy Boys.

I've always been a lover of mysteries. I love to read them, watch them in movies or television, or everyday's mysteries. So, when I found out that I could play these Nancy Drew Games and solve mysteries as my favorite sleuth, it was a dream come true! So, after receiving my first Nancy Drew Game when I was younger and STRUGGLING through it, I had to shelve it because I could not solve this story (and it was absolutely terrifying, but that's beside the point). Years later, I found it again and gave it another try, but was still incredibly stumped. That's when I found Nancy Drew walk-throughs posted by @arglefumph on YouTube that finally got me through the game. He's an incredibly entertaining YouTuber who helps you solve parts of the game if you get stumped like I did. He was so entertaining, in fact, that I actually watched his walk-throughs for fun and decided that at some point, I would buy more games and play those, too.

Fast forward to my birthday this year, I got another beautiful gift: an Amazon gift card. After debating what I should get with it, I finally found Nancy Drew games in multi-packs. I found a set of four games for $12 and a set of two for a little less. Can you imagine? Brand new games from other stores cost close to $35. I jumped on the idea and used the rest of the gift card to purchase Tupperware (because I'm an adult).

Here are the six games I got for less than $25:

Legend of the Crystal Skull

Shadow at the Waters Edge

Trail of the Twister

I've highlighted which games I've gotten the chance to play and both of them were AMAZING. It was funny playing both of these this past week because Trail of the Twister is one of the newer games and the interface (and technology and terminology used in the game) was different than Secret of the Scarlet Hand, the sixth game in the series. It's so entertaining to see Nancy Drew in present day situations with technology that makes it easier to solve the mysteries she has on her plate.

When I was younger, I struggled to solve the puzzles that were in the game, oftentimes falling into a panic or a sob session because that game was a little beyond me. As an adult, these games are still challenging, but they're fun to solve. The puzzles that are offered in the game are not only fun and keep the game moving forward, but it feels so fulfilling to solve a difficult puzzle with the knowledge you attained from playing the game (without searching for a walk-through for the part you're stuck on- I admit I did it when I couldn't find an item to literally finish the game).

Now, you're probably wondering why I chose to write about this. I think it's important to go back and revisit what got you excited as a kid. It was like Christmas morning for me when these games came in the mail. You can check my Twitter feed and see my play-by-play waiting for the package, I was a mess. Playing these games is also pretty relaxing (once you get past some of the jump-scares (there's not many and they're not actually that bad) and eerie music when something's about to happen.

Why should you play?

1. If you love mysteries, you'll love playing this game.

If you're like me and love mysteries, this game will fulfill your craving. Whoever is writing these stories are amazing - they keep you guessing and interested.

One, can I still use that terminology? Two, she really is. Nancy Drew is a teenage girl who solves real-life crimes and does it well. We should all aspire to be like Nancy Drew on some level. I don't suggest trying to solve any high-profile crime, but we can be strong, confident women in our daily lives.

We've all heard of using Luminosity to keep your brain moving, but these games have a plot and that's what I personally need to keep me interested in things. While I'm playing these games, I can feel the gears in my head turning and I'm constantly thinking of what I have to do next.

I found these games to be particularly relaxing, everyone might not, but it worked for me. I suggest maybe not playing a scarier one right before bed (I've done it and I'm ashamed in my poor decision making skills).

5. These games can be pretty cheap if you shop in the right place.

There's actually digital downloads available on Amazon for about $6. If you just want to try and don't feel like dishing out $12 for four (but c'mon, who wouldn't be down for that deal), you could give that a try.

6. Do you have a thing for animation?

The Nancy Drew games have beautiful landscapes and buildings that you can fall in love with. The newer the game, the better they are.

7. The characters are life-like.

Are they a red herring? Are they the villain? The characters act like real people, and that's refreshing to see in a video game. These people have real motives, even if they are far-fetched.

I know that I personally am looking forward to playing the rest of the games I have and purchasing some more down the road. Who knows? Maybe I'll collect all of the books AND all of the games. Have some fun and revisit some good things from when you were growing up!