The film is great, but the book is better. 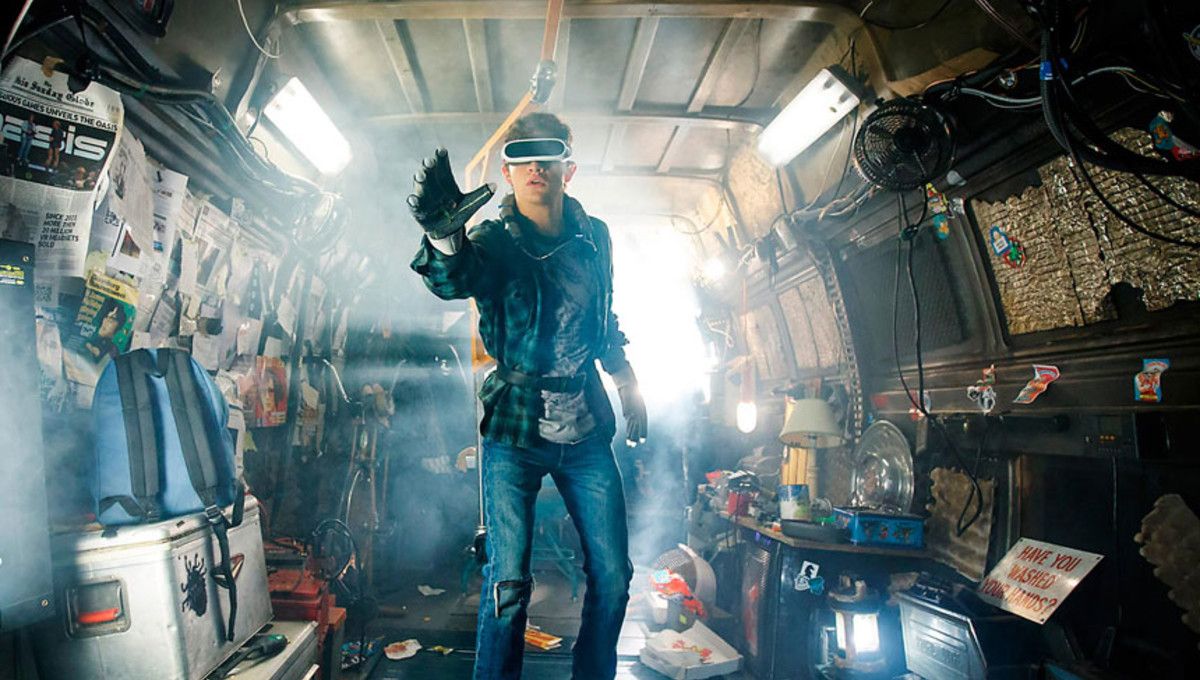 Adapted from the bestselling novel by Ernest Cline, and directed by the incomparable Steven Spielberg, Ready Player One takes you into a world that brings classic 70's and 80's, nostalgia into the year 2045, where most of the world's business is conducted in the OASIS, an alternate reality game where you can be and do anything your heart desires.

The film follows Wade Watts, or Parzival as he's known inside OASIS, as he and other players search for Halliday's Easter Egg. The Egg is probably the creator, Jim Halliday's greatest creation inside the OASIS.

To find the Egg, the players must find three keys, each with a clue to find the next, which eventually leads you to the Egg. Whoever finds the Egg wins the ultimate prize, Halliday's immense fortune, over half a trillion dollars, and sole control of the OASIS itself.

Ready Player One does not disappoint. This film is littered with nods to classic films from not only 70's and 80's, but also 90's to now, including The Shining, The Iron Giant, Back to the Future, and so many others. But when adapting a novel with this much pop culture nostalgia, they were sure to run into a few hiccups.

Penned by Zak Penn and the author himself, Ernest Cline, the film manages to do something truly unique, changing the story, without actually changing it.

Due to the fact that they were unable to secure rights to many of the properties referred to in the novel, certain aspects were forced to be changed. Other aspects were just changed to enhance the story, but at its core it remained the same.

On top of an incredible plot, and outstanding performances by its cast, Ready Player One features some of the best visual effects ever. Speilberg himself worked closely with the visual effects team to bring the OASIS to life. In an interview with IndieWire, Spielberg says, "This is the most difficult movie I've done since Saving Private Ryan."

The film has recieved mixed reactions from critics, but overall the film was recieved well and earned the coveted honor of being "Certified Fresh" by Rotten Tomatoes at 77%.

I highly recommend this film. It's keeps you on the edge of your seat and you will not want to look away. Speilberg does not disappoint. Filled with so many references to pop culture from the 70's to now, it brings out the inner geek in everyone.

Ready Player One stars Tye Sheridan (X-Men: Apocalypse), Olivia Cooke (Me, and Earl, and the Dying Girl), Lena Waithe (Master of None), Ben Mendelson (Rouge One: A Star Wars Story, The Darkest Hour), Simon Pegg (Star Trek), and Mark Rylance (Bridge of Spies, The BFG), and is now playing in theaters everywhere.