It's not what it's cracked up to be. 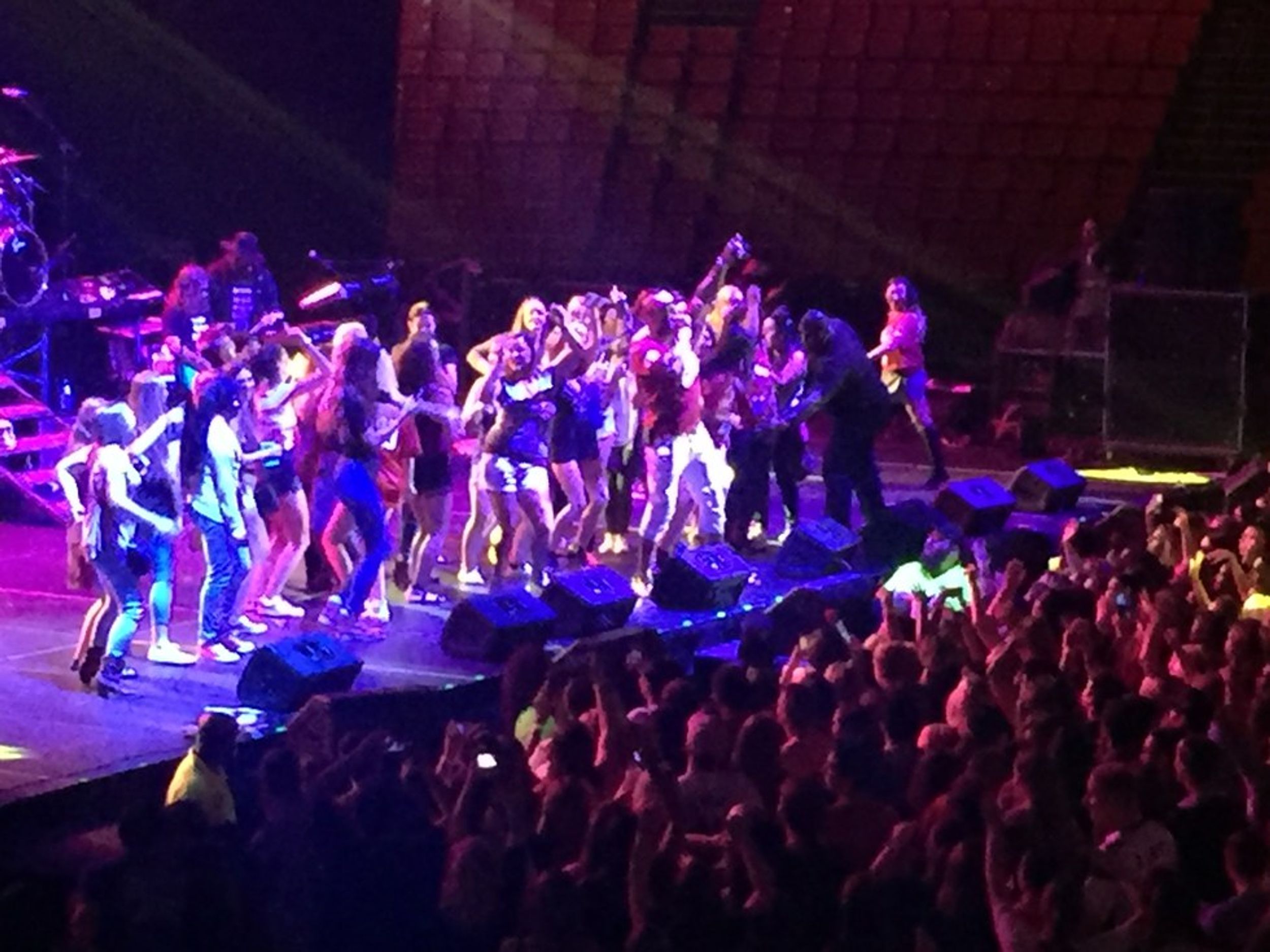 I've never been more excited to attend a concert. Flo Rida, Kent Jones, JoJo, Tenashe and Mike Posner. Yes people, that was the line up of OU's first homecoming bash. I bought the tickets as soon as they went on sale and being an OU student, I received a $17 discount, so it was practically impossible to ignore the deal. Everyday since I had purchased the tickets, I had been counting down the hours and minutes until the concert. Wednesday, October 26, did not live up to my expectations.

The concert was supposed to start at 7:00pm. I did not walk through the doors of the Lloyd Noble Center until 8:15pm and the artists did not start singing until 8:30pm. If they weren't going to start on time then they should have given the fans a heads up. By the time the concert had even started, my feet were hurting. This wasn't good because I knew I had at least three hours of dancing ahead of me.

JoJo was the first artist to sing and she absolutely crushed it. I was a tad dissapointed because she didn't sing a lot of her older songs due to the record label she recorded with, but she did "Leave." She also came out with a new album and I must say, it's really good.

Next up was Mike Posner. He was the life of the party. He knew how to get the crowd going and make everyone stand up. His hair was dyed a bright green color and he just seems like a really cool dude to hangout with. I was surprised at how long he stayed on the stage, it was about an hour. Mike Posner sang a few songs that I have not heard before, but the songs were actually really good. He reminds me of a guy version of Avril Lavigne.

After Mike Posner was Tinashe. To be quite honest, she was much better at dancing than she was singing. Her dancing skills are superb and they most certainly outshine her voice. I'm sure you get the point, and that's about all I have to say about her.

Kent Jones was alright. He reminded me of T-Pain, but with shorter hair. The only song I knew he sang is "Don't Mind." It's not a bad song to listen and dance to, especially since it's catchy.

Flo Rida was the last to perform, of course. I was worried that he might not show because it took FOREVER for him to get on stage. He didn't start singing until 12:00am. How ridiculous is that? Flo Rida threw out roses and one dollar bills to the fans in the pit. He probably threw out over $100 in ones. He also invited a bunch of people on stage to dance with him.

Overall, the concert was mediocre. The people who were in the pit got all of the attention. Anyone who had reserved seats were left stranded. The concert started 1.5 hours late and there were about 30 minutes in between each act. Not to mention, the concert ended at 1:00am and there was no alcohol available to be purchased. I was ready to leave by 11:00pm because I was so tired of waiting and my feet were killing me. I'm not sure if OU will have a homecoming bash next year, but if they do, I would be weary about purchasing a ticket.